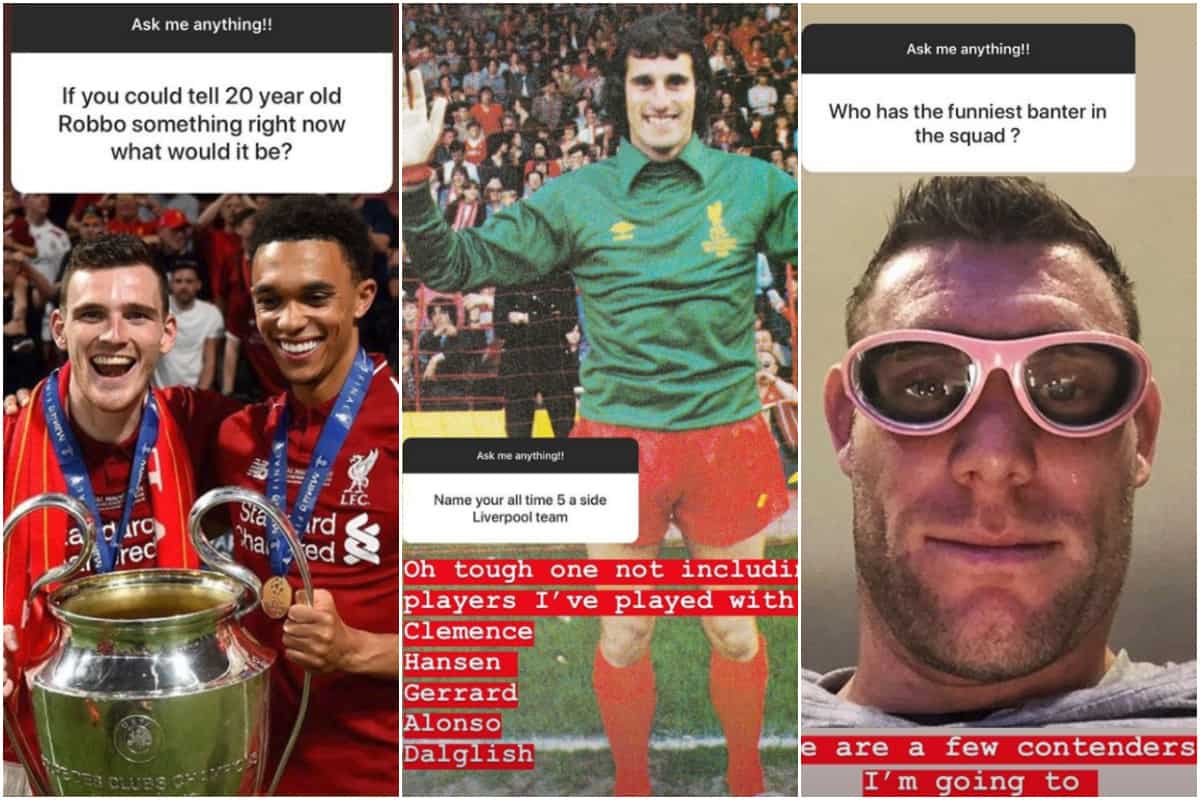 Andy Robertson took to Instagram to answer fans’ questions on a range of topics and, as usual, the Scot brought his hilarious A-game to the fore with his responses.

The Liverpool left-back is known as one of the most entertaining members of the squad thanks to a brand of cheekiness and non-stop sense of humour.

He’s a hit with the supporters for his character just as much as his ability on the football pitch, and his latest discussion on social media was much the same as usual: open, informative, funny and not afraid to take a sly dig or two at a team-mate!

Answering fans on his Insta story, Robbo covered everything from his sport outside football to the team-mate he’s missing most.

One interesting insight was how much the No. 26 shirt has come to mean to him, despite it not really being a factor when he originally took it at Dundee United, while he also revealed that he was a fair golf player in a couple of answers.

Battered Mars bars—a thing in Scotland and basically nowhere else on the planet—get a mention, while his late header against Aston Villa, an equaliser before the Reds then went and won the game even later on, gets the nod as his goal of the season. 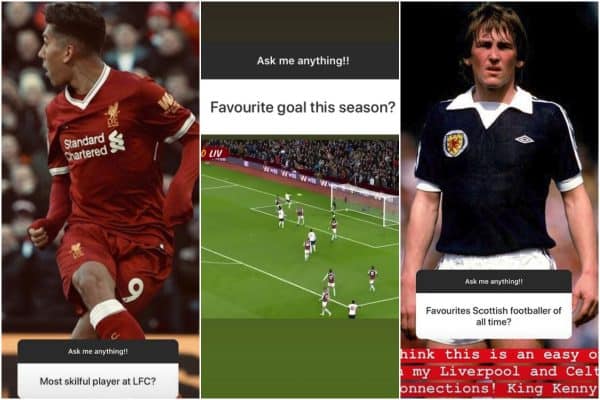 Onto the more team-mate oriented questions, the players at the opposite ends of the scale in the Robbo Awards were Trent Alexander-Arnold and Roberto Firmino; while the Brazilian was picked as most skilful in the squad, his fellow full-back was named worst singer!

Elsewhere, King Kenny Dalglish gets his all-star Liverpool five-a-side team alongside Steven Gerrard, Xabi Alonso, Alan Hansen and Ray Clemence, while Roberto Carlos is the best left-back ever in Robbo’s eyes and when asked where else he’d play if not in that same position, the Scot picks the bench!

We think that’s harsh – there’s always a spot in the side for someone with as much industry, heart and willingness to clout other teams’ star players on the head as our No. 26 has!