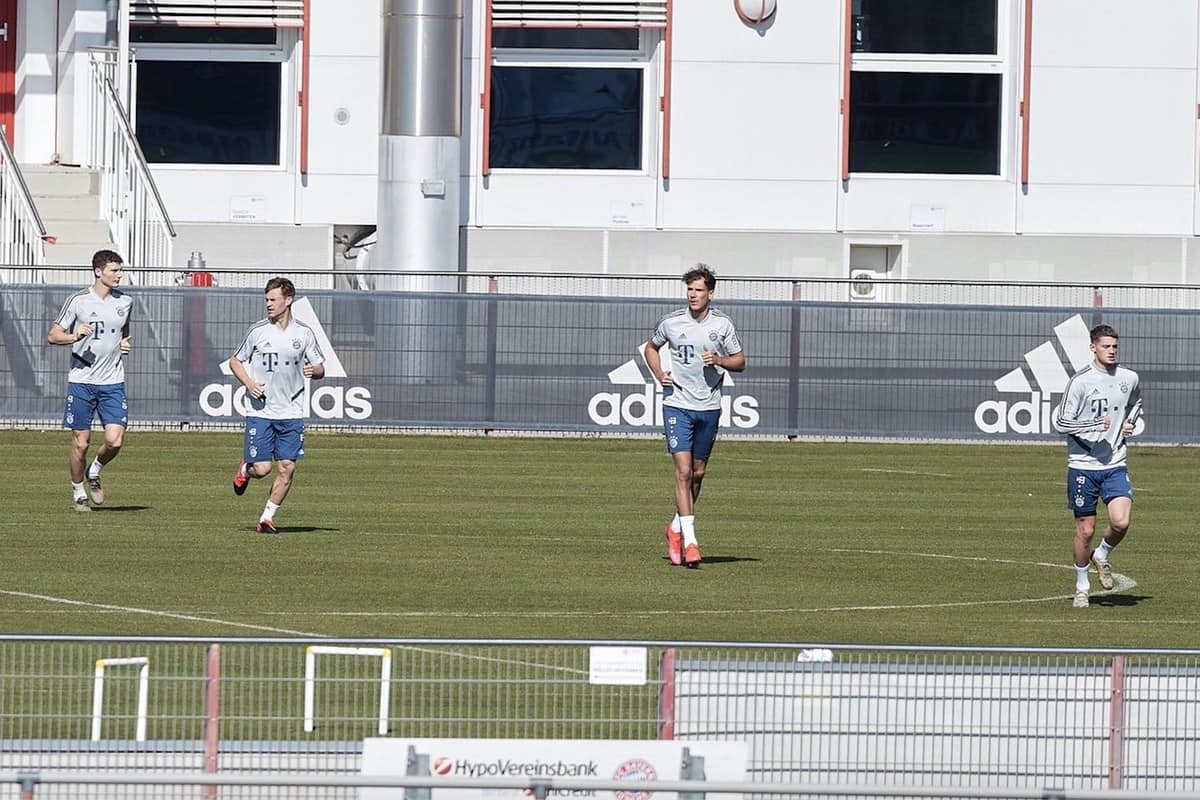 Despite Germany still being in lockdown, Bayern Munich have returned to limited training at Sabener Strasse, providing an example for clubs like Liverpool.

The German public have been restricted to their homes since mid-March, with Bavaria the first state to instruct their citizens to remain indoors due to the coronavirus pandemic.

Football had already been suspended by then, with the Bundesliga calling games off on March 13, just hours before Fortuna Dusseldorf’s home clash with Paderborn.

Bayern’s last game was a 2-0 win over Augsburg on March 8, but on Monday became one of the first sides to return to their training ground for work, along with Paderborn, Borussia Monchengladbach and Wolfsburg.

Hans-Dieter Flick’s squad were restricted to small groups, with the session including running and shooting drills and technical work, with players keeping two metres apart to follow social distancing rules.

The club have confirmed “all hygiene measures were strictly observed in order to slow the spread of coronavirus” as they operated “in line with government policy.”

“It was certainly a very unusual feeling holding a training session in small groups today, but it was also nice to see the boys in person again,” Manuel Neuer explained after training.

“I’d like to thank the club and all the helpers who have made it possible for us to complete football-specific training on the pitch again during these difficult times.”

While these are still clearly exceptional circumstances, and Bayern are yet to find out when they can return to full training or, indeed, fulfil their remaining fixtures, it is a step forward.

Furthermore, it serves as an example to other leagues and clubs of how training could resume while social distancing measures are still in place.

It has been mooted that the Premier League could return in June, with squads back in training next month, and it is likely sessions would begin in a similar fashion to Bayern.

For now, Liverpool have been holding group training via Zoom, with players connecting from home as they follow routines set by Andreas Kornmayer, overseen by the likes of Jurgen Klopp and Pepijn Lijnders.