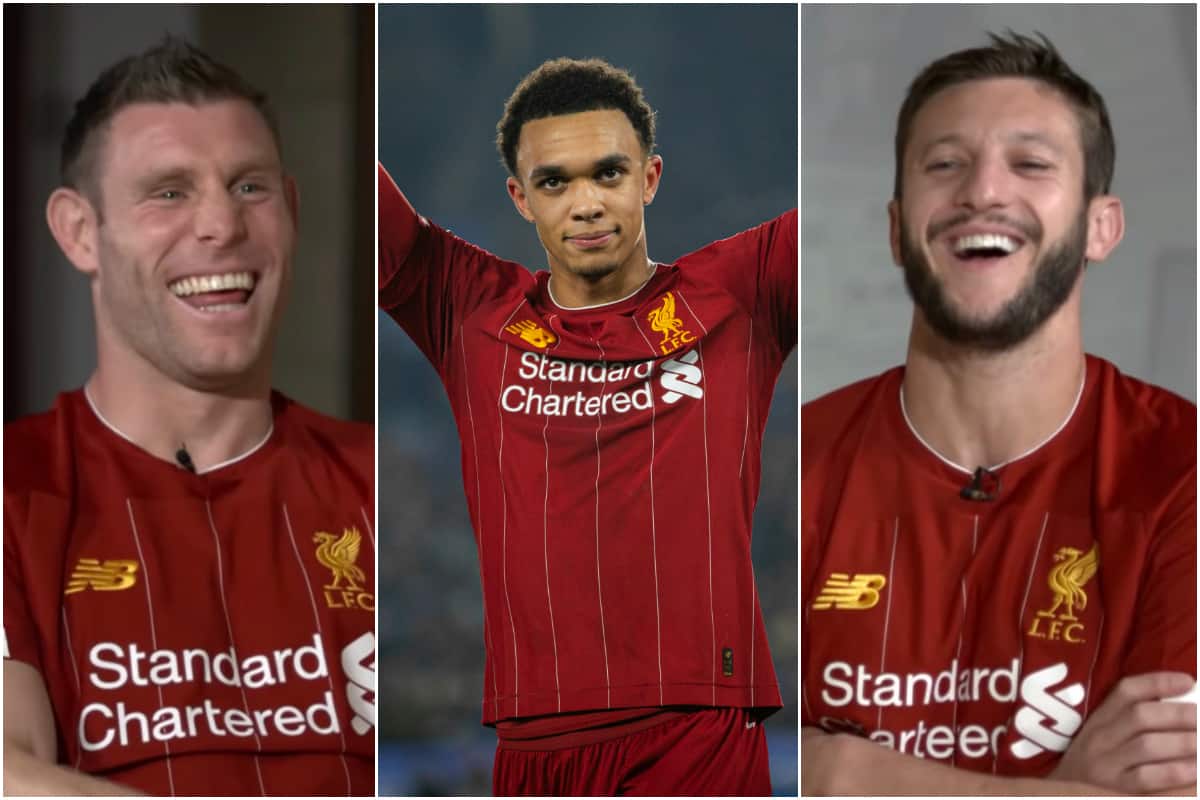 James Milner has called for the Kop to create a new chant for Trent Alexander-Arnold, with Adam Lallana “sick of” all the current crop after “the amount we sang them.”

Liverpool are blessed with a variety of iconic chants, from Virgil van Dijk‘s Pogues-inspired anthem to Bobby Firmino’s ‘Si Senor’, lifted from Argentina.

Supporters have become particularly deft at matching a name to a tune, with Gini Wijnaldum‘s fitting into Cookin’ on 3 Burners’ ‘This Girl’ and now sung at every game.

And in a ‘Face Off’ video in which they debated the North vs. South divide, Milner and Lallana picked out their current favourites and asked for a new selection, too.

“I’m sick of them all, the amount we sang them after the Champs League! We need a new crop,” Lallana joked.

Milner added: “Trent needs another one, I think. His name makes it so awkward, doesn’t it?

“He needs to change his name and help himself out a bit.”

The pair picked out Firmino and Van Dijk’s songs as their favourites, though there remains a surprising lack of love for Sadio Mane‘s, along with Naby Keita‘s.

Trent’s chant, ‘the Scouser in our team’, came after a request from Jurgen Klopp himself, but he may well need another soon regardless due to the emergence of Curtis Jones.

Jones is expected to take up a more prominent role in the first team next season—ironically, following the likely departure of Adam Lallana on a free transfer—which would ensure two Scousers in Klopp’s side.

The 19-year-old’s goal in the Merseyside derby may have already warranted his own song, with Jones quickly taking steps to establish himself as a favourite among fans.

Milner isn’t wrong, though, as squeezing Trent Alexander-Arnold into a song is easier said than done.