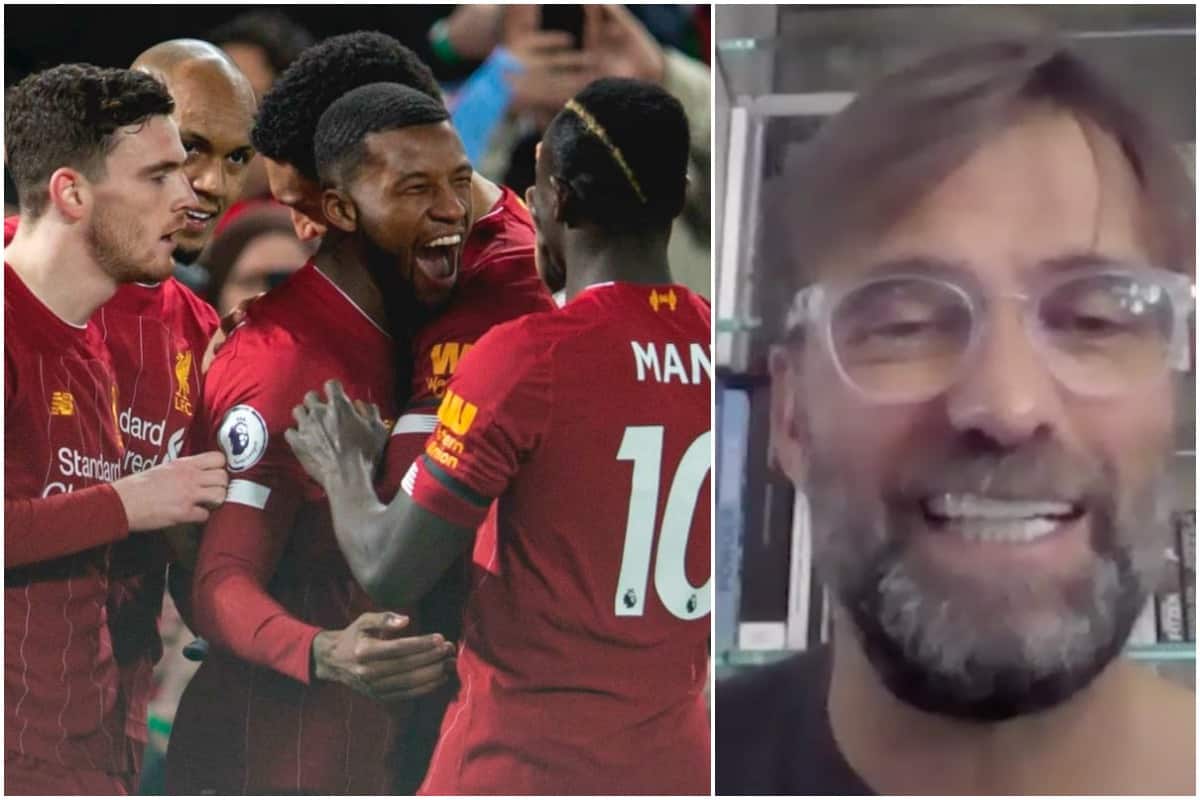 Jurgen Klopp is firm in the belief that his side are far from the “finished article”, after a flurry of trophies and over four years at the helm.

From walking through the doors at Anfield for the first time in October 2015, and announcing “when I sit here in four years I’m pretty sure we will have won a title,” to being crowned European champions in 2019, a lot has unfolded for Liverpool.

The statement on his first day was one of many which was taken and pinned up for future reference, it came to fruition, but for the manager, it was never a promise – simply a nod to the time needed to turn the club’s fortunes around.

“It was clear we needed time. It was clear we cannot fix it overnight, everybody wanted that but it was clear. So I had to ask for time,” Klopp told Sky Sports through video link. 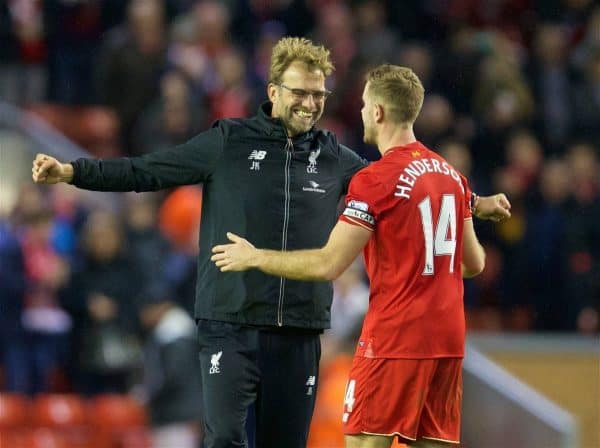 “I knew. Before that in my career I never got the sack so I had no experience with that, but I knew then it was a different level and if I can’t deliver here quick enough, then I will get the sack, as easy as that.

“So that’s why I said if I sit here in four years still then something probably happened between now and then, it was not that I asked for four years.

“We got that time, and the nice thing is that after six, seven, eight games, the owners were really positive about the situation, they realised we were on the right path.

“From that moment they didn’t question it one second. They were full of faith and trust, and they said the path we will stay on, and everything will be fine.

“When we lost finals against Sevilla or City or Real Madrid, I think pundits say then if he doesn’t win the next one then they might change, but internally it was never somebody thinking like this.”

That very same “faith and trust” has seen Klopp help guide Liverpool not only in the present but also in the future with the new training base at Kirkby and through the handful of academy players rising through the ranks, for example.

But he recognised the weight of a manager’s decision in England can be too great and that sharing the load, as he does with the likes of Peter Krawietz and Pepijn Lijnders, and cultivating a long-term identity beyond the person in the dugout is imperative.

“You give a lot of power in this country to the manager,” he added.

“When I came in, I could have decided at that time if we used only blue pens, or green pens, or red pens, and they would have thrown all the other pens away!

“‘Maybe that was one of the reasons he was so successful at Dortmund because he used green pens’.

“So there’s a risk in that, 100 percent. Meanwhile, I think it is getting better and better because I think this responsibility should be shared on different shoulders.

“But a strong manager who decides everything is not the only way to be successful, or that after he leaves it’s like a blank slate to start everything new. It should not work like this; a club needs consistency and therefore there needs to be other people.”

It is this long-term vision which Klopp has helped cultivate which has Liverpool on the precipice of being crowned English champions for the first time in 30 years.

And once the action is allowed to resume, the boss made it clear that “this team is not a finished article” and there is more work to be done to achieve the success everyone dreams of.

“We will not change [mentality], that’s the first thing,” he explained.

“If we will be successful depends on what other clubs are doing as well because they all have a chance to improve things, to do things better. So I have no clue what the future will hold for us. But we will not change, this team is not a finished article, it’s not done.

“We have a lot of space for improvement and we work on that. We have fresh blood coming up internally, we can mix things through. There are a lot of things we can improve obviously, but we can improve it with this team, which is really great.

“Life is a constant challenge and we realise it in this moment especially because we never faced a challenge like the one we have now. It looks like the situations we had in the past where we thought they are big problems, they look like nothing.

“The only way to get something is to give everything, but it’s not a guarantee.”