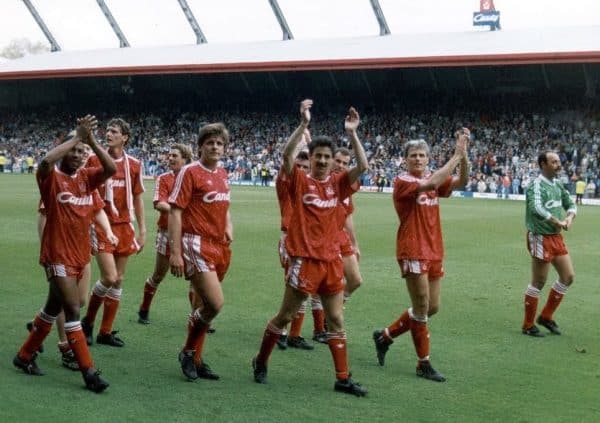 Kickoff at Anfield is 3pm (UK), the referee is Robbie Hart.

Today’s blog is run by Steven Scragg, get involved by Tweeting @thisisanfield, @Scraggy_74 & in the comments below.

In this special look-back blog we’ll have recollections of the players and fans who were there to witness the Reds’ 18th league title being delivered – Liverpool’s seventh in the last 11 seasons.

WATCH IT IN FULL HERE:

Were you at Anfield for this game? Share your recollections with us below in the comments and on Twitter @thisisanfield.