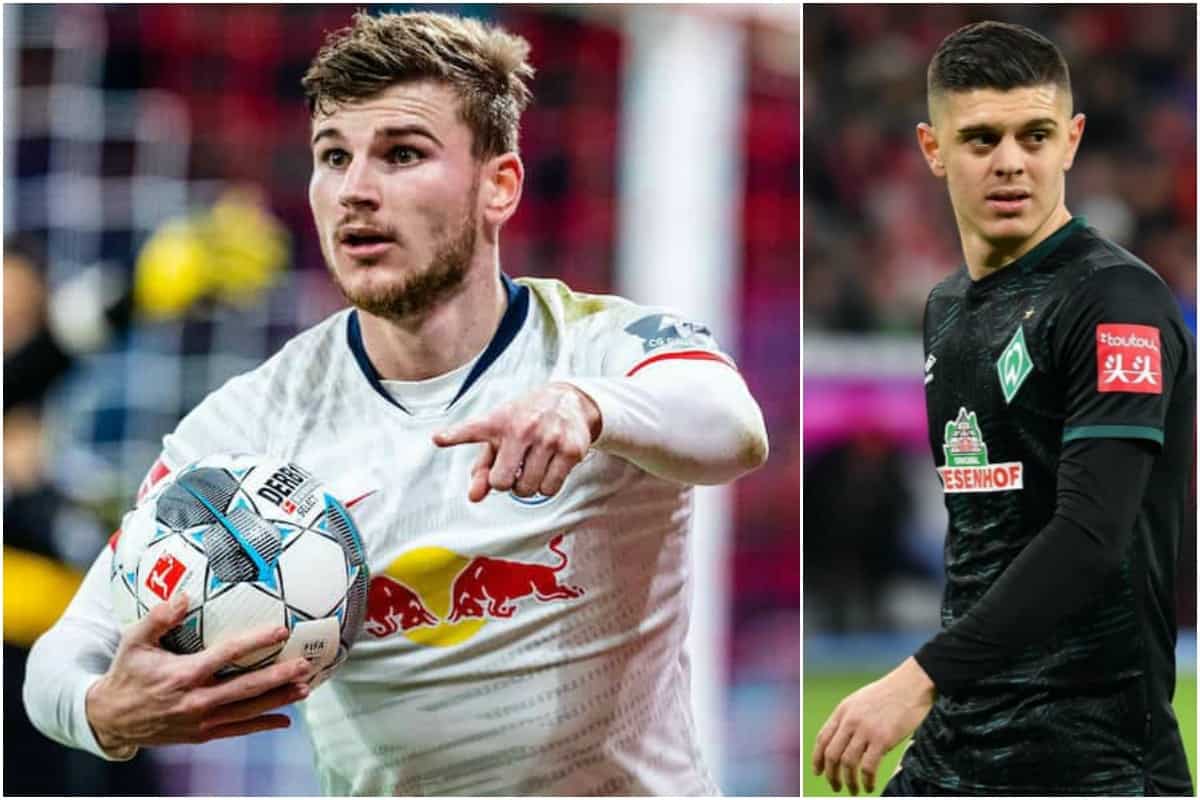 Liverpool’s hopes of landing Timo Werner have been boosted as Leipzig move closer to signing his replacement.

Werner is one of the most coveted players of 2020, scoring 27 goals and notching 12 assists in 36 games for Leipzig so far this season.

His signature is a lucrative one and his departure would leave a hole in Leipzig’s squad, but the German outfit have moved a step closer to preparing for his exit.

Werder Bremen’s Milot Rashica, who has also been linked with Liverpool, is preparing for an “imminent” move to Leipzig, according to German outlet Weser-Kurier.

The deal is set to be struck for €40 million and is one which has implications for the future of Werner, with the forward’s arrival indicating that the 24-year-old is all but certain to leave once the transfer window next opens.

The fee paid out will be covered in full should the Reds activate Werner’s reported release clause in his contract, which is worth £50.5 million and expires on June 15.

There remains uncertainty surrounding how the summer’s transfer window will unfold due to the far-reaching impacts of coronavirus and outlaying a hefty fee during that time is unsettling.

At any other time, the fee would be widely considered a bargain for the ready-made player he is and the potential he has to shine in Jurgen Klopp’s side.

He has flirted with Liverpool since the turn of the year having provided a handful of interviews which both acknowledged the challenge he would have breaking into the starting XI and working with the “the best coach in the world” in Klopp.

And at the end of March, it was reported that “the discussions remain at the informal stage” between Liverpool and Leipzig due to the uncertain landscape.

But now that they have made a move for an incoming transfer, Liverpool could now feel the time is right to make a move of their own for Werner, who continues to attract interest from Bayern Munich and Chelsea.