While suggested dates for a return to training and games has been mooted, Liverpool’s Andreas Kornmayer concedes no “specific date” has been outlined.

With football on hold and discussions of a return date consistently changing as the pandemic continues to evolve, clubs and their players have been left in a state of limbo and have been tasked with overcoming various new hurdles.

Since the UK lockdown was enacted in mid-March, individual programmes and interactive group sessions over Zoom have become the norm.

The fitness and conditioning department work as one entity alongside the players but within that smaller groups exist where each staff member is responsible for a handful of players.

“It is a challenge” for everyone involved Andreas Kornmayer, the club’s head of fitness and conditioning, conceded when speaking to LiverpoolFC.com.

The unique circumstances ensure flexibility and creativity are of top priority and after admitting that “we don’t have an end date to work towards,” plans are in a constant state of flux as they, like most of the world, are at the mercy of developments beyond their control. 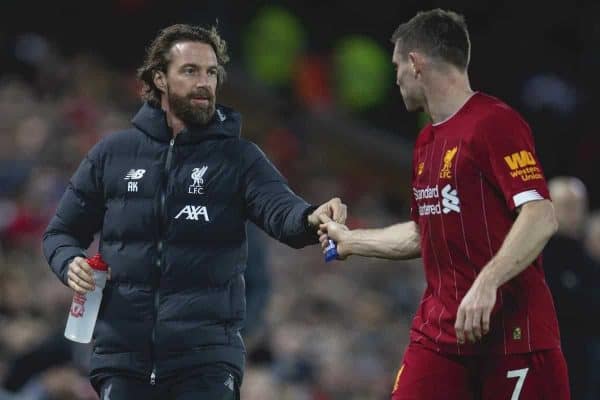 Recent reports suggested that the Premier League was eyeing a return to team training on May 18, under strict protocols, with a view to re-starting fixtures in early June, in what was the ‘best-case scenario‘, but a “specific date” has yet to be outlined according to Kornmayer.

“The only interactive work we can do is by video or by a FaceTime call or something, that’s one thing, and the next thing that is unique too is that we don’t have an end date to work towards, so we are not preparing to start again on a specific date.

“We don’t know yet when that will be so we are planning more or less from day to day, from week to week, from two weeks to two weeks, from four weeks to four weeks, so we have both the smaller picture and the bigger picture in our heads,” he explained.

“That’s kind of difficult, to be honest. I think what changed a little bit in our mindset, especially in our department, through the last few years is that we are not so much science and data-based, we are more ‘hands-on’ based.

“So that means if we have exercises to do we need to do them with the players, we need to show them and to guide them, and I think that’s the biggest challenge that we have right now: that we can’t really physically interact with the players.” 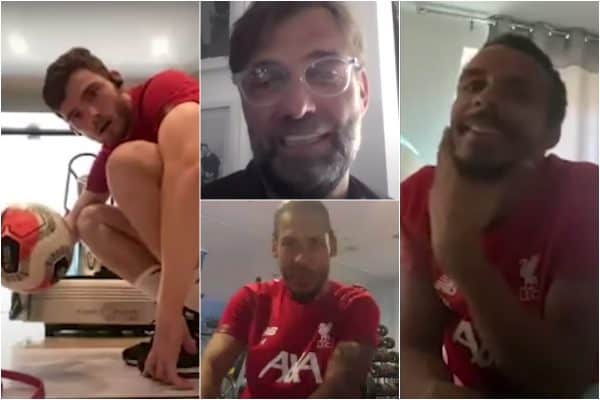 In the interim, the team’s video sessions have been “important” for socialising, keeping morale high and acting as a valuable support network while the squad is in isolation.

And the nature of their interactions has been made possible thanks to the camaraderie developed within the squad over a number of years.

“There are many interactions between the players like there always has been, but now you can see it on those calls when we are laughing together and we still have those birthday songs together,” he added.

“Again, it’s what we created over years so for anybody who is coming in it makes it easier to adapt and get involved in the group.”

But as for the haircuts which have swept through the squad due to isolation, which have included shaved heads, Kornmayer was “not sure I would say I am impressed but they are… different!”