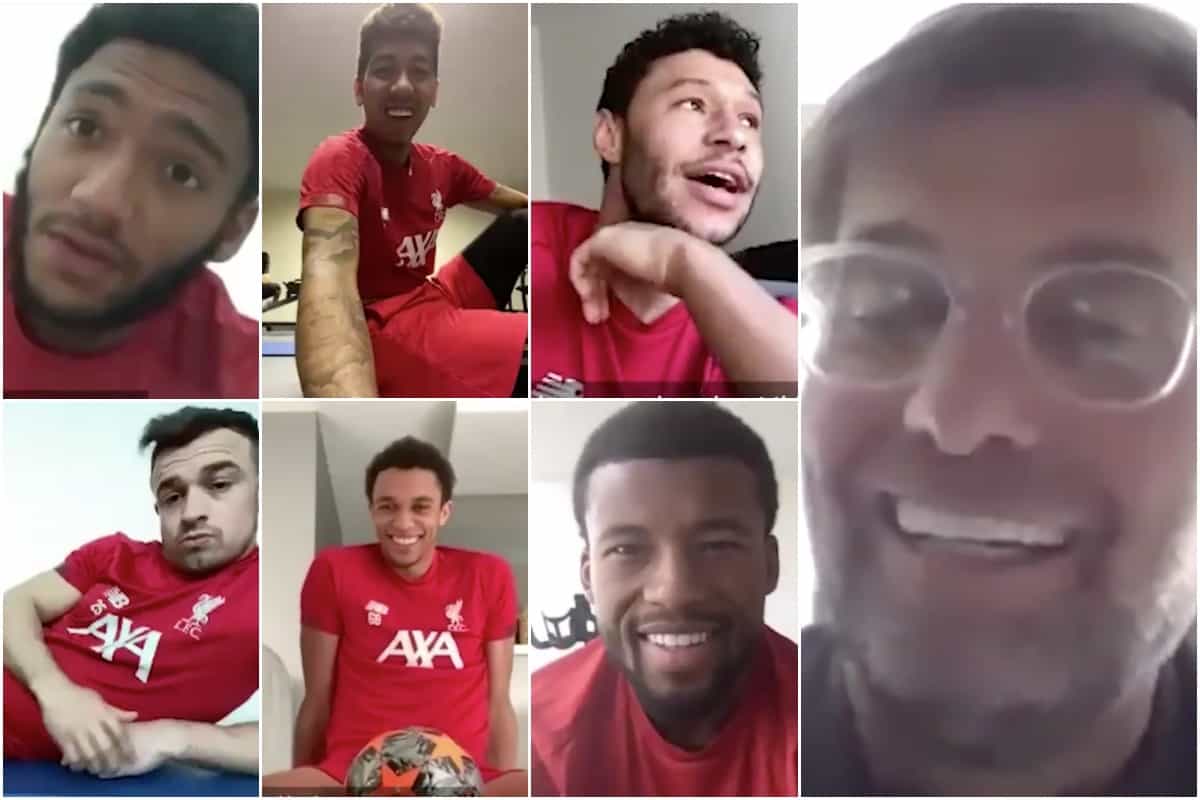 The Liverpool squad were back for their regular yoga session via Zoom, where unkempt hair and Trent’s FIFA exploits dominated discussion.

With the team still conducting training from home, all interactions as a group remain strictly online and before any ‘chair’ or ‘tree’ poses come into play we see the squad, regularly accompanied by Jurgen Klopp, have a jovial start to the morning.

And the club have released footage of their latest online meetup, which led to unruly lockdown hair and Trent’s feats in the ePremier League invitational going under the microscope.

First, Klopp was stunned to welcome Alex Oxlade-Chamberlain into the call early into the piece, leading to recognition from the midfielder that he could have “had five more minutes in bed.”

The discussion then swiftly moved on to the ever apparent hair situation. While the likes of Naby Keita and Adam Lallana have opted for a shaved look, others have simply let nature take its course.

It's that time again ?

We check in with the Reds before another online squad yoga session – big smiles, longer hair and the lads have some questions for @trentaa98… ?#StayAtHome pic.twitter.com/30MZYsxQiM

“You suit the grown-out look” was Ox’s response to Joe Gomez’s hair as he then aired his discovery of “neck hair I didn’t know I had.”

The yoga session followed Trent’s defeat in the final of the ePremier League invitational on FIFA 20 on Saturday, with Wolves’ Diogo Jota emerging victorious with a golden goal, and Klopp wanted to hear all about – until he didn’t.

After hearing of the right-back’s defeat the boss questioned Ox as to “how is it possible that Trent plays for Liverpool and not you?”

It opened a can of worms as Liverpool’s No. 15 “was not happy” that he failed to get the nod in Trent’s team throughout despite every player having the same rating, but it was a case of not changing “if you’re winning.”

And with the hilarious dispute showing no signs of reaching a conclusion the boss asked David Rydings to “Mute them. Enough.”

It provides yet another brilliant inside look into how the boss and his team are keeping their spirits high during the lockdown.