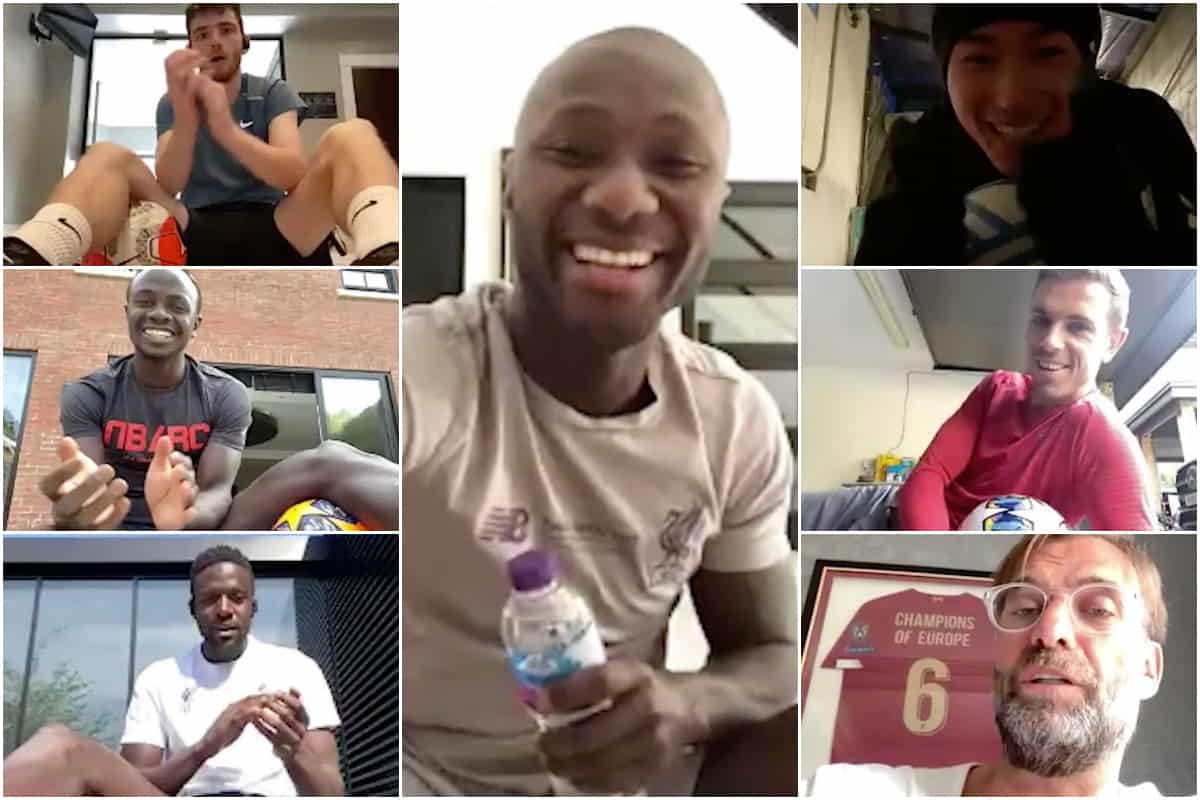 Naby Keita is the latest Liverpool player to shave his head, following Adam Lallana and Pepijn Lijnders in a trend that seems to be spreading throughout Jurgen Klopp‘s squad.

The Reds’ Zoom sessions have seen an increasing number of shaved heads in recent days, with Lallana among the first to get rid of his hair during lockdown.

Now Keita has joined the craze, with the Guinean bringing back a hairstyle from his days at RB Leipzig as he took part in Liverpool’s morning yoga session.

“Naby, you look so nice with the baldy head!” was Virgil van Dijk‘s response when the midfielder logged on.

Some are going to opposite way, though, with Klopp telling Curtis Jones his hair is getting “longer and longer”—with the 19-year-old not impressed—and urging Joel Matip to get closer to the camera to show off his unkempt look.

A little something to brighten up your Saturday ?

Liverpool’s Friday call was a special occasion, as it landed on Sadio Mane‘s 28th birthday, prompting Klopp to lead the squad through another rendition of Happy Birthday.

“I’m only in for the singing!” Klopp joked, with Takumi Minamino getting a particularly strong reception for his Japanese version.

The manager was seemingly sitting in his home office, and taking pride of place on the wall was a framed ‘Champions of Europe’ shirt, complete with the No. 6 on the back, from the European Cup win in Madrid.

As ever, it’s great to see the squad in such strong spirits during lockdown, with Klopp eager to keep things positive at the tail end of an incredible season.