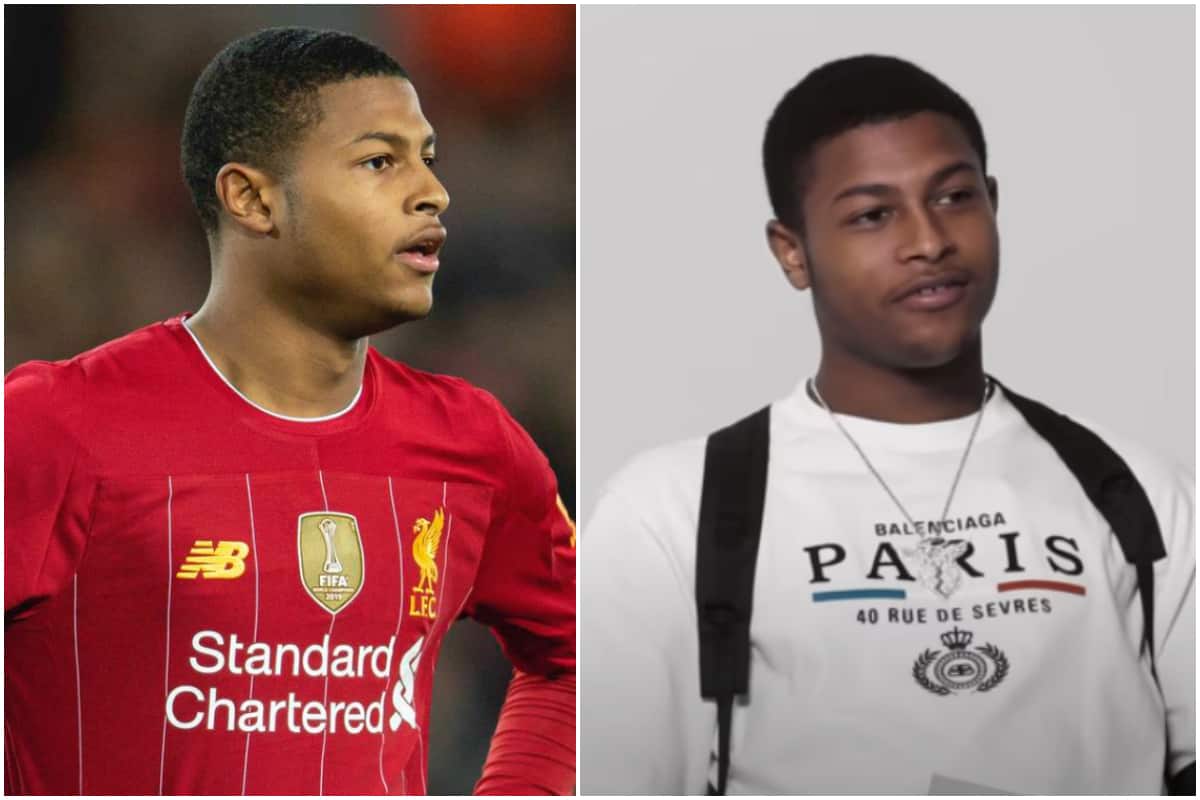 Liverpool striker Rhian Brewster has made it clear he wants to reach the top of the game, while revealing some of the key factors to his character which helped him return from a serious early injury.

The young forward, currently out on a loan spell at Swansea City, has long been seen as one of the top prospects in the English game.

After a long-term absence he finally made his debut earlier this campaign for the Reds, going on to make three appearances before heading to the Championship to test his goalscoring prowess on a more regular basis.

Until the coronavirus-induced break, Brewster had fared well: four goals in 10 starts for the 20-year-old, helping his temporary side stay in contention for a play-off spot.

The hope will be that next year he’s ready to play a bigger part for the Reds, as he continues the progression in a career which shot to prominence when he took England to U17 World Cup glory in 2017.

Speaking in an interview for Gaffer, along with friend and actor Micheal Ward, Brewster revealed his desire to reach the very top—and explained how traits which are ingrained in him will help him reach that ambition.

“I want my legacy to be remembered for football, for being one of the best in the world,” Rhian said.

“It’s still a journey and I’m working hard but to remembered as one of the best footballers in the world would be a dream.

“I never give up. I go back to my injury, I see everyone else playing and doing what you love, and progressing while you’re just…there.”

Looking back at what he has achieved so far, Brewster picks two moments with the Reds in his career top three—and none are from his triumphant time with England.

“Coming back from injury, my debut for Liverpool and my first professional goal,” he opted for. That said, the World Cup did get one mention—a surprise nomination for the toughest opponent he has faced, despite coming up against the likes of Virgil van Dijk in training and facing an Arsenal senior side in the League Cup.

“[My hardest opponent was] Japan in the [U17] World Cup. They were the most organised team I’ve ever played against. They played 4-4-2, we could not get in.”

That knock-out game finished 0-0, with England triumphing on penalties—and Brewster went on to score in the quarters, semis and final itself.

The next target for him has to be scoring and becoming a regular in the senior set-up with the Reds, if he’s to get anywhere near his admirable aims for the rest of his career.