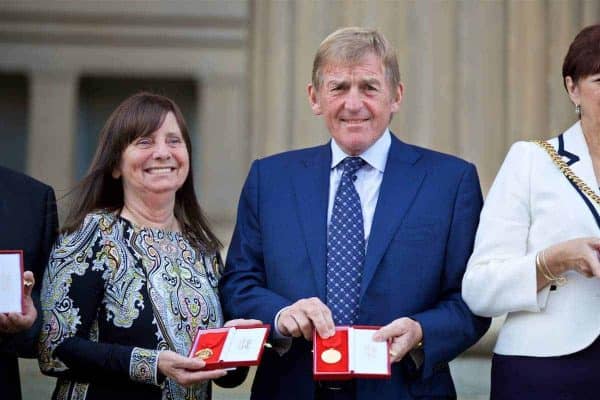 Sir Kenny Dalglish believes the Hillsborough families “showed us how to deal with an unimaginable tragedy” as the 31st anniversary coincides with a global pandemic.

A memorial service was due to be held at Anfield on April 15 to commemorate the 96 lives lost in the Hillsborough disaster in 1989.

But with the 31st anniversary of the tragedy falling during a period of lockdown in the UK due to the coronavirus pandemic, the event was forced into postponement.

Margaret Aspinall, chair of the Hillsborough Family Support Group, explained that this was to “keep as many people safe as possible” and asked supporters to “join us in our prayers on April 15 to remember the 96.”

Dalglish, who was released from hospital on Sunday having been diagnosed with asymptomatic coronavirus, has paid tribute to the 96 and their families in a statement.

And the King has drawn parallels with the “unimaginable tragedy” of Hillsborough and the current climate, urging fans to “carry on sticking together and finding strength in each other.”

“This is a day when, first and foremost, we remember those who went to a football match and never came home—they will never be forgotten,” Dalglish wrote.

“But we should also think of the families and survivors who showed the rest of us how to deal with an unimaginable tragedy.

“By sticking together, supporting one another and standing up for what was right, they set an example which will always resonate, none more so than during the current time when so many families are dealing with tragedies of their own.

“Today, my thoughts will be with everyone who has suffered since April 15, 1989 and everyone who is suffering now.

“All we can do is carry on sticking together and finding strength in each other in the same way that the Hillsborough families and survivors have over all these years.”

It is a poignant message from the King, who is now recovering and providing strength for those who are struggling during a difficult time, and on a difficult day for many.

Dalglish has been one of the most influential figures in the aftermath of the Hillsborough disaster, for Liverpool as a club and as a city, and these are truly fitting words.