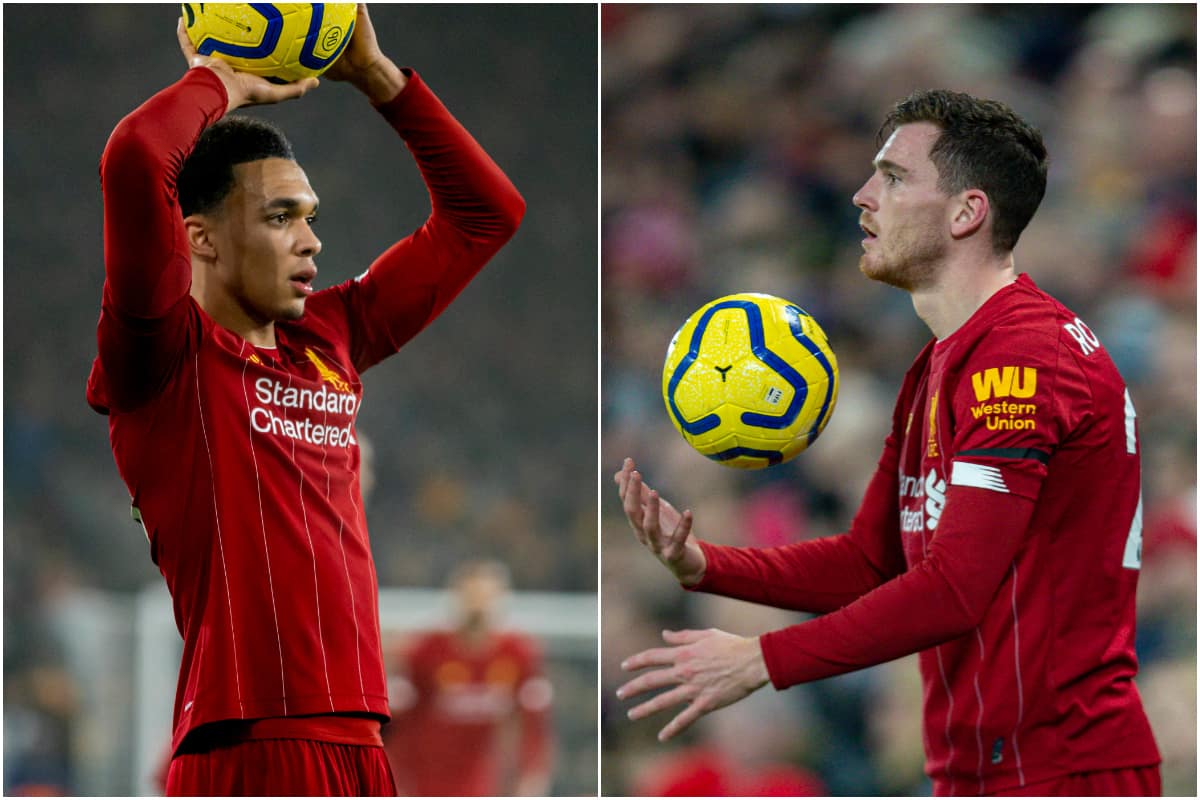 Thomas Gronnemark has highlighted Trent Alexander-Arnold and Andy Robertson as the Liverpool’s best throw-in takers due to their “immense understanding.”

Since Gronnemark’s arrival at the club, the Reds have gone from one of the Premier League‘s worst sides at throw-ins to one of the best.

It may be considered a fine margin, but it is an advantage for Jurgen Klopp‘s side nonetheless, and as a result the Dane has been retained long past his initial short-term deal in 2018.

Gronnemark has gone into detail about his role on the training ground, and the methods he is implementing at Liverpool, on a number of occasions, with the emphasis on “clever” throw-ins.

And in an interview with German publication kicker, he has explained why even though Joe Gomez has the longest throw in the squad, it is Klopp’s first-choice full-backs who are the best.

“Joe Gomez throws the longest, now over 37 metres, from the sideline to the penalty spot,” he explained.

“But the best throwers are Trent Alexander-Arnold and Andy Robertson. They throw very precisely and have an immense understanding of space and the situation.

“Klopp doesn’t want long throws; he wants them to be fast and smart. It has to suit the way the club plays.”

Trent and Robbo’s speed and alertness to the situation allows Liverpool to harness throw-ins—until recently deemed a largely useless set-piece by many clubs—to maintain their high-tempo approach.

It requires intelligent movement from the likes of Gini Wijnaldum and Roberto Firmino, and accuracy from the delivery, but it keeps sides penned in when they could previously have taken a breather.

Klopp could consider himself fortunate that it is his full-backs that have taken to Gronnemark’s teachings most eagerly, as they are most often required as takers.

“Each team has 40 to 60 throws per match, most of which are taken by the full-backs,” he continued.

“At Liverpool there are six or seven players who usually throw. If things have to go quickly, the one closest to you is required, and that person should also be competent.” 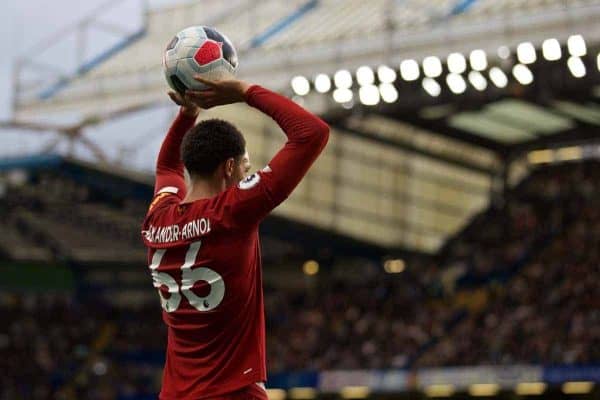 Gronnemark revealed that Liverpool have scored 13 goals from throw-in situations this season, and predicted the club to be among Europe’s best once again in terms of efficiency.

Perhaps worryingly, he did hint that there remains no agreement to stay with the Reds beyond the end of the campaign, as he mentioned that “as a freelancer” he could join the likes of Man United or Tottenham if not.

However, he added that he had “already rejected a top offer from England this season,” and it seems likely he would stay at Liverpool if offered an extension.