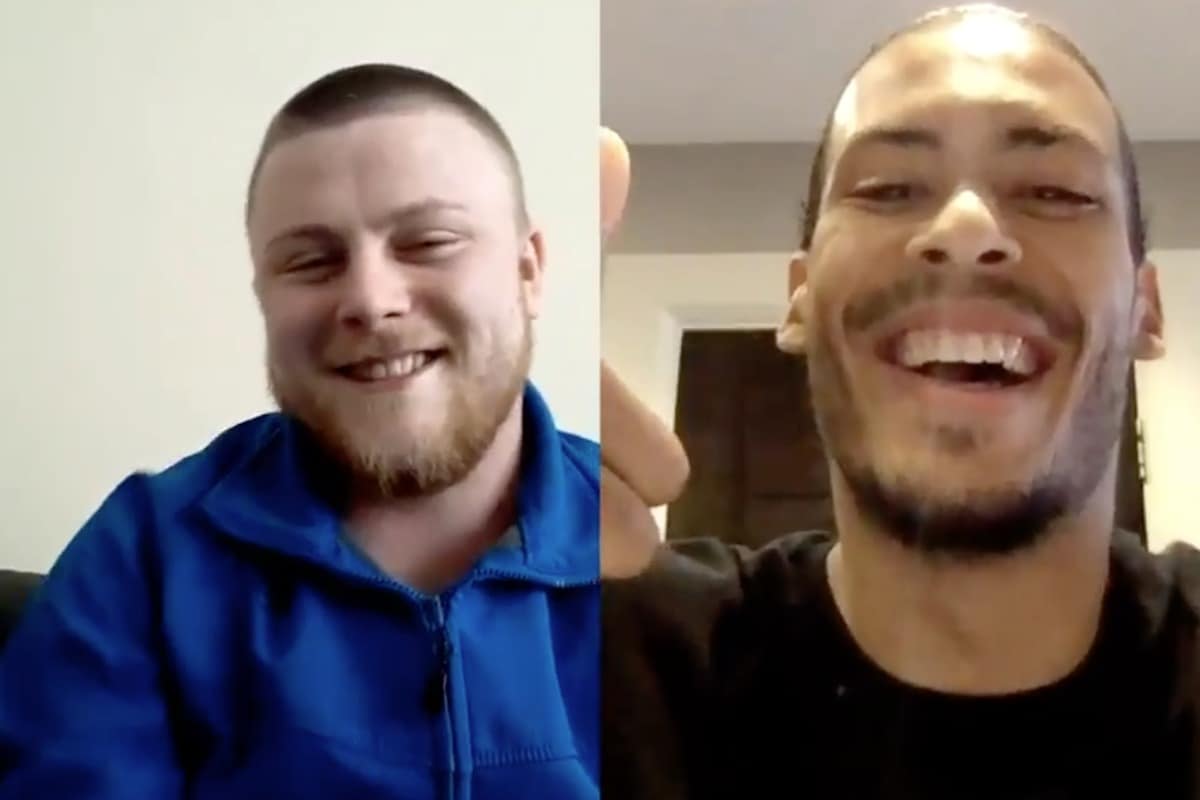 Virgil van Dijk surprised Liverpool fan Ben Price on an online chat, in the latest heartwarming gesture by the club.

Liverpool’s No. 4 is no stranger to providing fans with a welcome surprise having delivered Father’s Day messages to dads last year and later meeting die-hard Red David, just to name a few.

And this time Ben was the unsuspecting fan on the receiving end when a chat with Liverpool’s Peter Mcdowall soon saw Van Dijk make his presence known.

Ben is a Liverpool Foundation participant who has battled with anxiety, and his work with the organisation has had a profound impact and has seen him take the plunge to make his dream of becoming a barber a reality.

But the recent government shutdown has put a temporary hold on his plans and at a time of uncertainty, Van Dijk was on hand to lift his spirits.

And after hearing Ben’s news that he was an expecting dad, he was quick to share his congratulations “on the most beautiful thing in life” before saying that “maybe one day [you can] come to Melwood and cut some of the player’s hair.”

The conversation which ensues is one which immediately puts a smile on your face, as the power of football and its form of escapism comes to the fore.

For Ben, and so many other fans around the world, Liverpool’s fixtures are the “bookmark” in one’s week and during the 90 minutes “nothing else matters.”

And Van Dijk was quick to admit that the emotion and the importance of the game is not lost on the players, with the feeling reciprocated as the fans’ support is “something we won’t take for granted.”

It’s another incredible gesture and one where Liverpool’s spirit of unity and community comes to the fore.