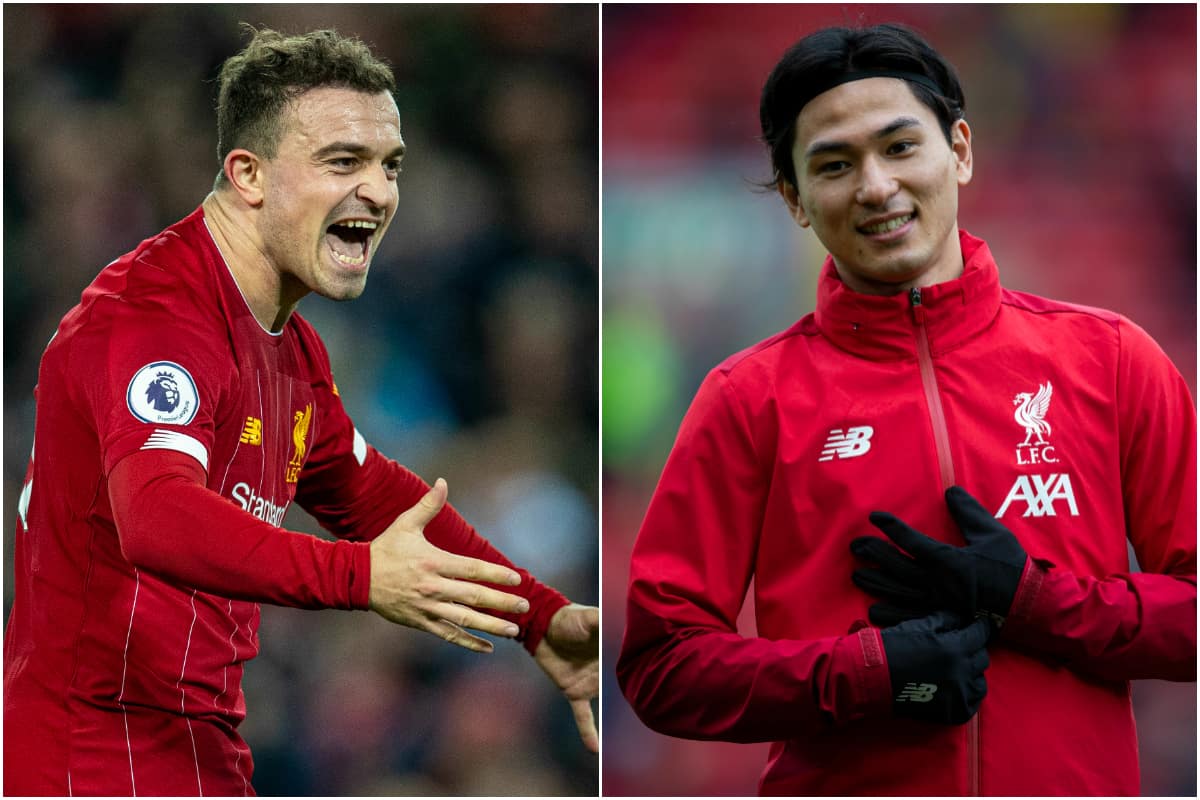 Xherdan Shaqiri has explained how a shared understanding of German has allowed him to help in the adjustment process as Takumi Minamino settles in at Liverpool.

One of the most interesting aspects of the Reds’ daily Zoom sessions during lockdown has been Shaqiri’s positive approach, and his popularity among the squad.

Given he has rarely played for Liverpool this season, and there is little closer insight into the squad dynamic in a normal situation, it could be forgiven to paint the Swiss as something of an outcast.

But he is warmly received as part of Jurgen Klopp‘s first team, and particularly from Andy Robertson, who he shares a room with when the Reds travel for away games.

And speaking to LiverpoolFC.com, Shaqiri has explained how his multilingual ability has allowed him to speak more frequently with Minamino as he adjusts to life on Merseyside.

“Of course, the people who speak German I speak [to] more a little bit. But it’s not that I don’t want to speak English, it’s pretty normal because they played in Germany.

“Or helping Minamino, you know—he speaks better German than English.

“It’s different in England. He needs to get used to the life here in England, too. If he needs something we are here and we help him.

“He has already integrated very well and I hope he can enjoy it here. We have quite a few who speak German so sometimes we just speak German.” 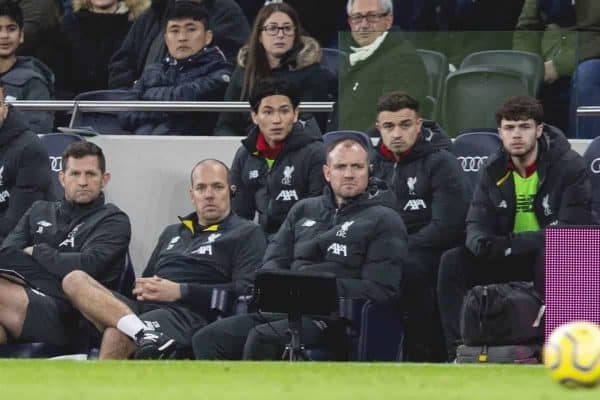 But Shaqiri insists there are no cliques within the Liverpool squad, as perhaps there have been in the past, which he believes is vital to their success under Klopp.

“That’s also important for the team—to be like a team and not groups. That’s very good for us.

“We have fun all together and we win all together, we are like a small family and that’s very important. That’s why we are very successful also.”

Shaqiri should be lauded for his attitude despite a long string of injury problems and a diminishing role at Anfield, as he has looked to use his experience and knowledge to benefit the side regardless.

He describes there being a “very healthy competition” in the squad and that “everybody wants to achieve as much as possible.”

“This big club needs to fight every year for the title. It seems like the winning mentality is here now,” he added.

“And trying to stay at the top is very important, and difficult. That’s the most important challenge for this club, I think.”

Whether Shaqiri stays with the Reds beyond the end of the season—and what is likely to be their first Premier League title—remains to be seen, but if he does leave, the 28-year-old would do so having played a key role in helping Liverpool back to the top.