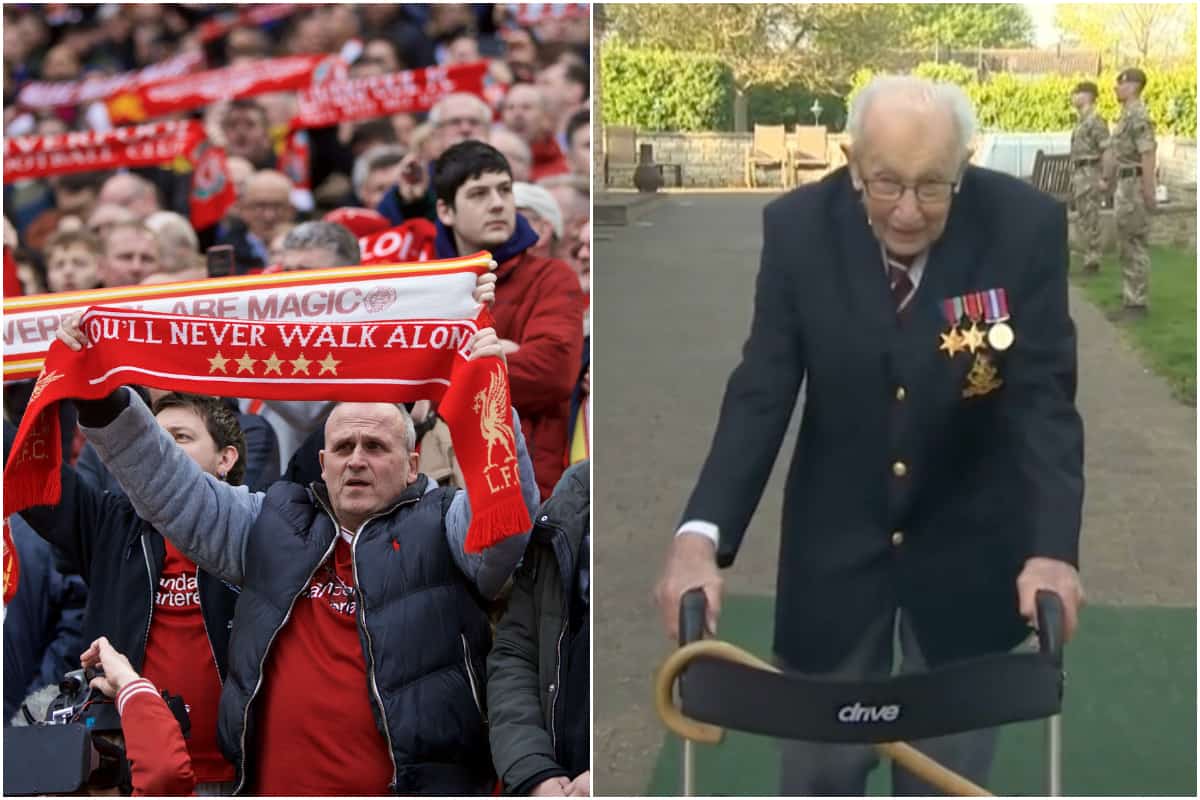 With his fundraiser for the NHS having already passed the £26m mark, Captain Tom Moore is now set to reach the top of the charts with a cover of You’ll Never Walk Alone.

Moore initially set out to raise £1,000 by walking 100 laps of his garden before his 100th birthday on April 30, but a surge of support in the media hit the target within 24 hours.

Less than two weeks later, and at time of writing Moore’s JustGiving page lists £26.14 million raised, with the funds set to go to NHS Charities Together.

It is a remarkable feat from Moore, who served during the Second World War, and highlights the wave of public positivity towards an underfunded NHS during the coronavirus pandemic.

Now, Moore has teamed up with singer Michael Ball to produce a cover of You’ll Never Walk Alone to raise further funds for the charity, and it is currently top of the iTunes Singles Chart in the UK.

The UK’s No. 1 single is set to be announced on Thursday evening, and Moore is now likely to be take pole position for a version which includes a spoken introduction from the Captain.

You’ll Never Walk Alone has been adopted as an anthem of hope during these times, with 183 radio stations across Europe playing the Gerry and the Pacemakers version in unison back in March and the likes of Jamie Webster and Marcus Mumford also releasing charity covers.

The lyrics have caught the imagination of the public, and clearly so have Moore’s selfless efforts, with his JustGiving fund rising by the millions every day.

This Is Anfield is backing an initiative to provide funds to hospitals in the Merseyside area, with personal protective equipment for those treating the coronavirus in desperately short supply.

The NHS Charities Together COVID-19 Appeal has set up a Virgin Moneygiving page here, and at time of writing almost a quarter of their £100 million target has been raised.