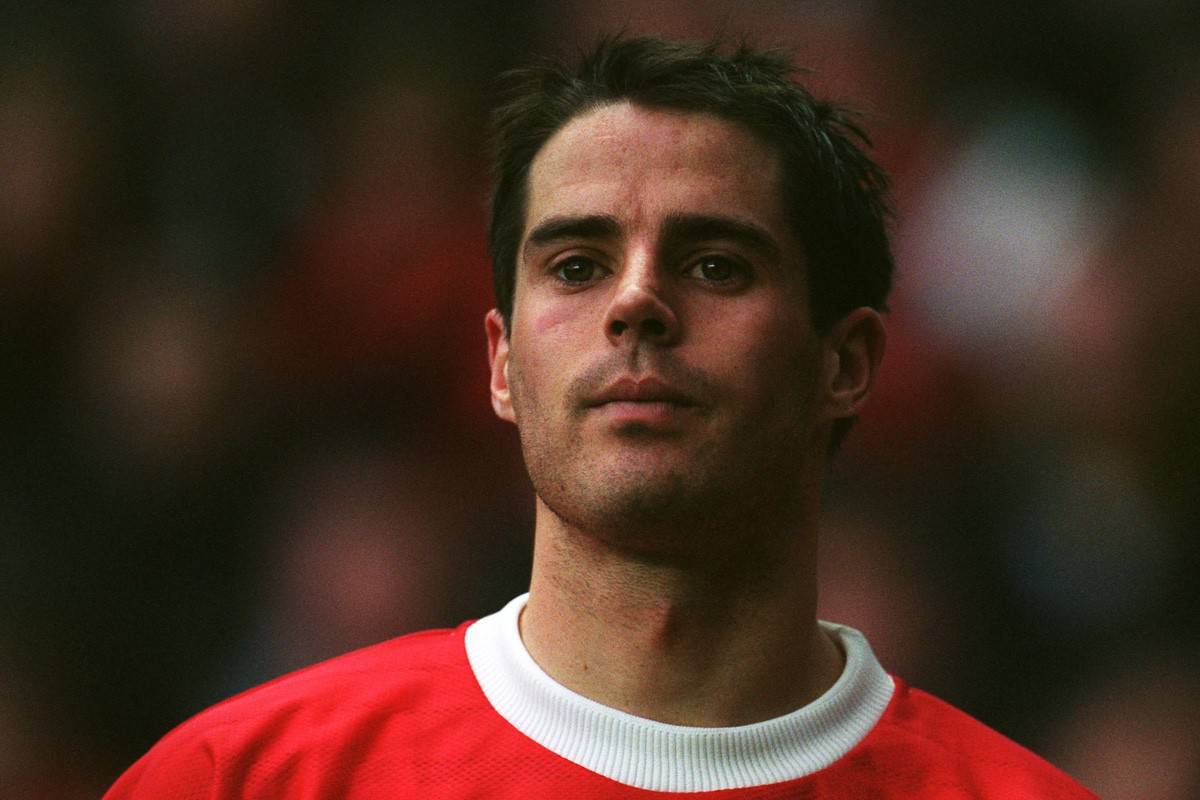 When Jamie Redknapp was making his first forays into the professional game with Bournemouth, his looks separated him from the hardened stereotype of a footballer.

With long hair and his chiselled features, he served as the polar opposite to his midfield partner, Tony Pulis, who was more of the Graeme Souness mould.

“I didn’t really look like a footballer,” Redknapp explained in Simon Hughes’ Men in White Suits. “In the lower leagues there were real men, guys that could get away with kicking you.”

Redknapp described Pulis as “an absolute animal,” and it is no surprise that, years later, his Stoke side became famed for their effective, agricultural approach to the beautiful game.

The son of a 17-year senior professional and, conveniently, his manager at Bournemouth, Redknapp made his debut for the Cherries in 1989, when Liverpool’s midfield was still comprised of Steve McMahon and Ronnie Whelan.

Kenny Dalglish had shown a keen eye for refreshing his ranks when it was required, and midway through his final season in charge he secured a talent pursued since his breakthrough down south.

“My dad was at a Football League managers’ dinner in London. It was a bow-tie affair,” Redknapp recalled. 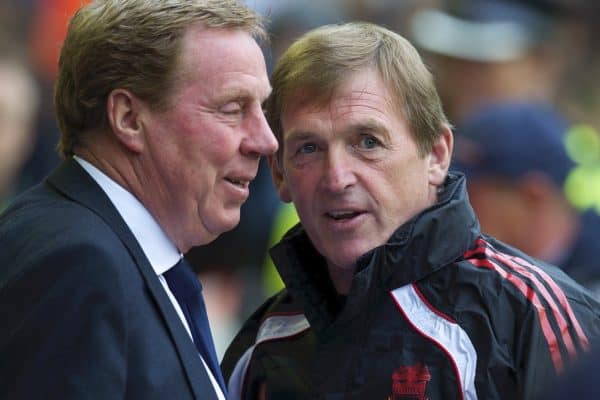 “The story goes that towards the end of the night, my dad was having a dance with my mum. He must have had a drink, because he never dances.

“My dad realised that Kenny was following him around the dancefloor with his wife, Marina. Eventually, he caught up with him and said, ‘listen, I want to sign your son’.”

An initial reluctance on the younger Redknapp’s part, owing largely due to the opportunity of regular first-team football at Bournemouth, eventually made way for the lure of playing for Liverpool.

It proved a difficult start for the youngster—one of England’s most expensive teenagers at the time, having moved for £350,000—but the influence of Dalglish, Ronnie Moran and John Barnes, and the overhauling approach of Graeme Souness, aided his transition.

Despite “a few run-ins at the start,” Redknapp was one of the main beneficiaries of Souness’ much-criticised approach to drag Liverpool into the modern era, making 40 appearances in the Scot’s second season in charge. 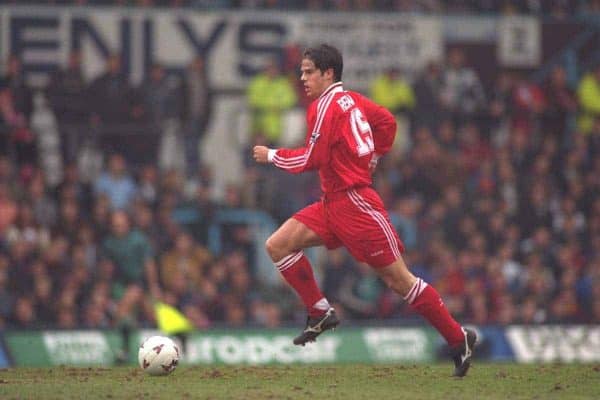 He was still only 19 by the campaign’s end, but along with the likes of David James, Rob Jones, Steve McManaman and Robbie Fowler helped form the Reds’ new core.

Souness had forced himself into a corner, with an almost dogmatic stance, but the fruits of his failed tenure came with his dedication to youth, and despite Roy Evans’ cold exterior at Melwood, Redknapp remained a staple under the Boot Room alumni.

But as inconsistency hampered Liverpool on the pitch, a perceived lack of focus stemmed from the squad’s portrayal as hedonists.

Redknapp, along with with Phil Babb, John Scales and Jason McAteer, would regularly fly down to London for nights out after 3pm kickoffs on a Saturday, while the midfielder’s relationship with Eternal singer Louise Nurding made him a target for tabloids.

It is an image that, tied to the Reds’ form, was considered detrimental, but is one Redknapp refutes when it comes to question marks over their professionalism; he is clearly a sensitive character, though one who certainly made mistakes. 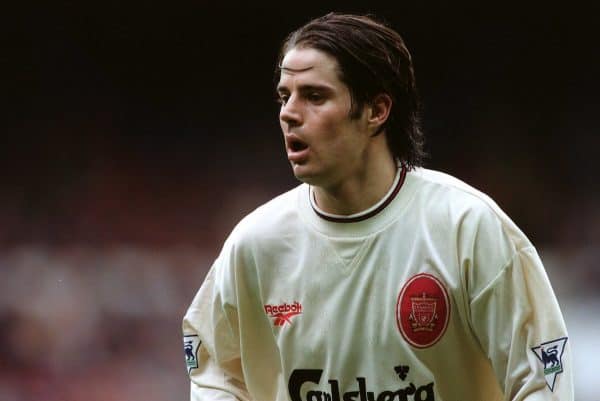 Misfortune dogged his time at Liverpool, with a series of injuries including a broken ankle suffered on England duty at Euro 96 keeping him out of the side on a number of occasions, while there was a clamour among fans for a more physical brand of midfield play.

But there was a virtue to Redknapp’s approach, and it is a testament to his endeavour that he fought back into the side, playing alongside the likes of Barnes and Paul Ince.

Redknapp was an asset to Liverpool at a time when his skillset was perhaps not wholly embraced, with his ability to dictate the tempo of a game, and particularly slow the pace when it was being overrun, more at home in the current era.

He possessed a fine passing range, with his raking long balls allowing the Reds to switch play at ease, and Evans’ ambitious, attacking outlook saw Redknapp feed the likes of McManaman, Fowler and Ian Rush.

Evans considered him “on the same level as anyone else in the Premier League in terms of passing ability.”

And he was able to trouble the goalkeeper with his powerful shots from outside the box, which saw memorable strikes against Spartak Vladikavkaz and Nottingham Forest, and his prowess from free-kicks as seen against Blackburn and Leeds, among others. 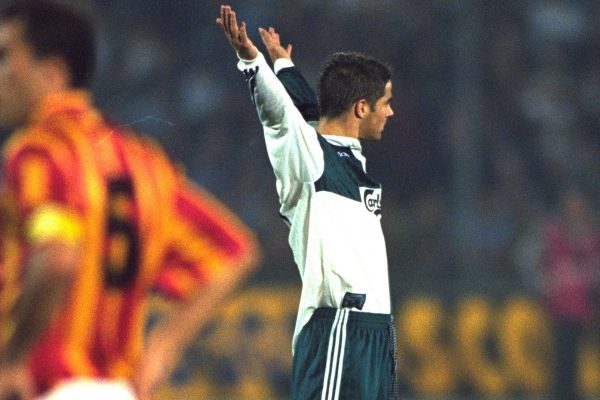 His best days should have come under Gerard Houllier, but after a bright start that saw him play 40 times in the strange crossover campaign of 1998/99—scoring 10 goals—and take the captain’s armband in the summer of 1999, the injuries began to take their toll.

“I knew I had a big problem. That’s what upsets me most,” Redknapp explained.

“I never had the opportunity to lead the team from a position of strength, where my body allowed my mind to take a proper leadership role on the pitch.

“I could see Steven Gerrard developing into a world-class player. The club were also trying to sign Didi Hamann. I wanted to be part of that midfield. The way I played, it would have been perfect.”

Gerrard had debuted in 1998, and was becoming one of the most important players at Anfield; Hamman joined in 1999, for £8 million; Danny Murphy was also breaking through and Gary McAllister arrived in 2000.

With Hamann the destroyer and Gerrard free to charge into the final third, the metronomic presence of Redknapp would, in theory, have given Liverpool another edge moving into the new millennium.

But as fitness issues caught up with him, he was instead forced into a bit-part role, and he failed to make a single appearance in the treble-winning season of 2000/01.

There was a sense of embarrassment from the captain, therefore, when joined the triumphant likes of Gerrard, Fowler, Michael Owen and Sami Hyypia to lift the FA Cup, wearing a shirt and tie rather than his Liverpool kit.

Redknapp left the club towards the end of the following campaign having made just eight more appearances, rejoining Tottenham on a free transfer after a clash of opinions with Houllier over medical advice, as his knee problems persisted.

He remained a fixture in the top flight for three seasons, closing out his playing career under his father, Harry, at Southampton, retiring at just 32.

Yet he remains criminally underrated, likely due to the infrequency of his outings in the later years, and also partly due to a style that would be better suited to today’s midfield landscape, when many sides call for a composed, deep-lying playmaker able to trouble from range.

Despite representing a frustrating era in the mid-1990s as its unwilling poster boy, Redknapp was an important figure in the club’s transition from Spice Boys to trophy-winners, and should be remembered as such.