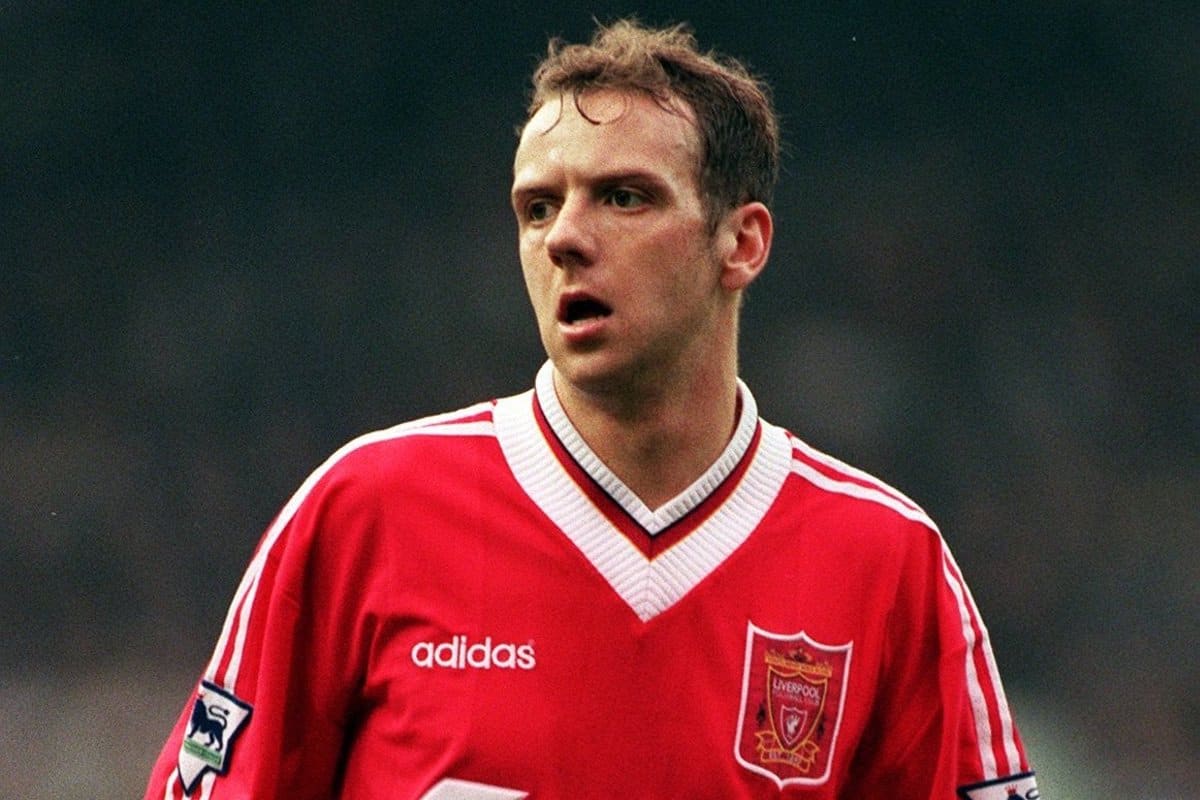 Rob Jones: Liverpool’s Mr. Consistent, who was robbed of his prime

Rob Jones’ time at Liverpool was relatively short due to injury, but he remains one of the most gifted right-backs to represent the club in the Premier League era.

There are few things more fleeting than a footballer’s career. Even the longest, most fulfilled ones can fly by like a piece of litter in a hurricane. Two decades tops, and that’s if you’re lucky. For the unlucky ones it’s much shorter and for the really unlucky ones it’s like they barely lived their best life at all.

Which brings me onto Rob Jones.

His was a talent that promised much but sadly was wrecked by injuries. Liverpool’s best right-back—and arguably their best defender—of the 1990s was forced to retire aged just 27, the pain of playing proving too much to bear for someone who should have been in their prime.

I loved Jones and told him as much upon spotting him at an Oasis gig at Earls Court in September 1997. He turned around, smiled and carried on walking while I stood there, aged 16, looking suitably embarrassed. But I meant it, and I still do. Jones remains one of my favourite Liverpool players of all time and his is a story that should be told, that should be remembered.

Jones’s late grandfather, Bill, represented Liverpool during the 1940s and 1950s and he grew up wanting to follow in his footsteps. A Kopite who dreamt of playing in front of the Kop and who achieved that ambition in a manner that would be unimaginable now.

For Jones was only 19 and playing for Fourth Division Crewe when in late September 1991, Liverpool’s then-manager, Graeme Souness, saw him perform against Newcastle United in a League Cup tie at Gresty Road and decided he liked the look of the blonde-haired figure at right-back. 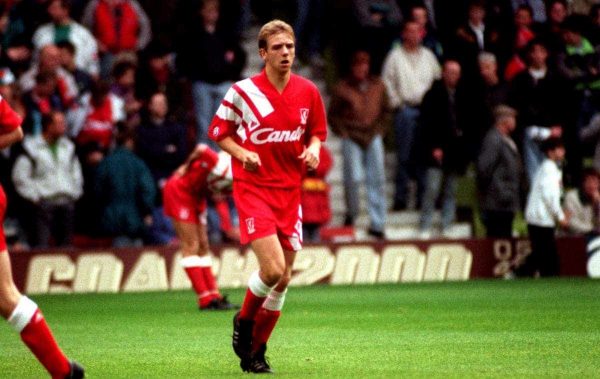 Souness sent his chief scout, Tom Saunders, to watch Jones in his next outing—a 2-1 league victory over Gillingham—and having received a glowing report, made his move. Or to be precise, a £300,000 bid.

It was accepted, and before Jones knew it he was on his way to Anfield to meet Souness face to face. A contract was quickly signed and only adding to the fantastical, whirlwind nature of it all he was then asked by the manager if he felt ready and able to make his debut in two days’ time. It would be against Manchester United. At Old Trafford.

“I told him ‘of course I could’,” Jones recollected during an interview we did for the Guardian in early 2013. “Liverpool had a lot of injuries in defence at the time and Graeme obviously saw something in me that he fancied and decided to take a gamble.

“Nowadays you would never see a Fourth Division player sign for Liverpool and go straight into their first team, but it was rare even back then. It felt like a dream that shouldn’t have come true.”

The dream was real enough and Jones seized it. He was excellent at Old Trafford, playing for only 65 minutes but delivering a display that has gone down in Liverpool folklore given he marked an exciting 17-year-old winger called Ryan Giggs out of the game. Indeed, such was the job Jones did on Giggs during that goalless draw on October 6, 1991 that the Welshman went on to pay tribute to Jones in his autobiography, Robbed, describing him as one of the best full-backs he has ever faced.

It is some compliment and that performance was no fluke. Jones made a further 38 appearances for Liverpool during the remainder of the 1991/92 season, proving to be a quick, brave and defensively astute presence at right-back. He was also assured in possession and what made his quality and consistency especially remarkable was that it came during a turbulent time for the club. 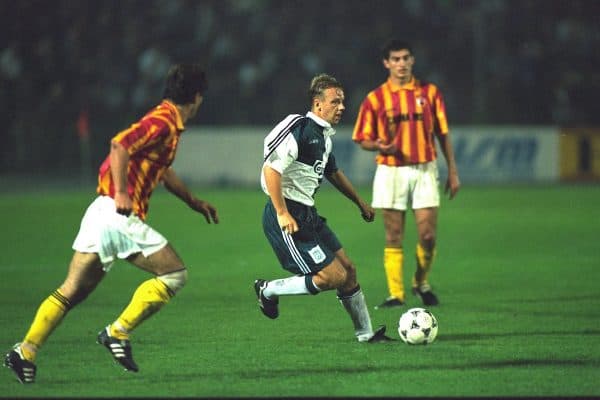 Souness had been a great Liverpool captain but he was struggling to be a great Liverpool manager in what was his first full season in charge, manhandling the refreshing of an all-conquering side that had reached the end, and in the process falling out with players, staff and supporters alike. That Jones, a fresh-faced recruit who had come straight from the bottom tier of English football, thrived in that environment said as much about his mental strength as it did his talent.

He ended the season with an FA Cup winner’s medal following Liverpool’s 2-0 victory over Sunderland at Wembley and was a shoo-in for the England squad that was travelling to Sweden for that summer’s European Championship, having made his international debut against France in February. But he missed out because of shin splints. It would be the start of a grim, defining theme.

The shin splints injury required surgery in late 1992 before cartilage problems hit during the 1993/94 campaign, and while Jones continued to make a sizeable number of appearances for Liverpool during that period his body was increasingly letting him down. A cracked vertebra meant he missed another international tournament—Euro ’96—and during that time also came the injury that ultimately did for him: patella tendinitis, otherwise known as jumper’s knee.

It affected Jones’s left knee specifically and despite numerous attempts to fix it through surgery it proved incurable. Jones simply could not get fit and having failed to make a single appearance during the 1998/99 season, the player was told by Gerard Houllier ahead of the Frenchman’s first full season as Liverpool manager that he had no future at the club. 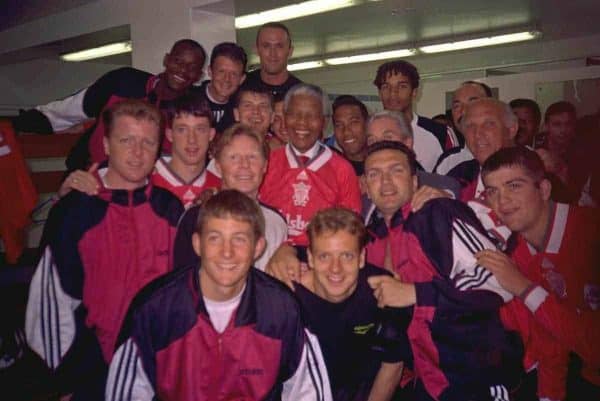 It was a heartbreaking moment for Jones, who not only played through the pain barrier during his eight years at Anfield but also adapted after Roy Evans replaced Souness as manager in January 1994 and introduced a 3-5-2 formation that saw Liverpool’s long-standing right-back now operating at left wing-back. It was an unusual and challenging role for Jones to carry out but, again, he did it well.

It was under Evans that Jones won his second and final trophy as a Liverpool player, the 1995 League Cup, and overall he made 243 appearances for his boyhood club. He famously never scored but neither did he have a bad game, or certainly that’s how it feels looking back on his career.

I can’t remember a single defensive howler, or a single bad pass, a single poor cross or any moment, in fact, when Liverpool’s No. 2 had me shaking my head in despair—something that cannot be said about an awful lot of the full-backs who came before and after him. Jones was good or very good week in and week out and deserved more than to leave Liverpool with a lingering sense of what might have been.

There followed a move to West Ham but again Jones couldn’t get himself fit—the knees were too weak and the will just wasn’t there any more. So having made one appearance for Harry Redknapp’s side he called it a day on August 28, 1999, less than three months before his 28th birthday. 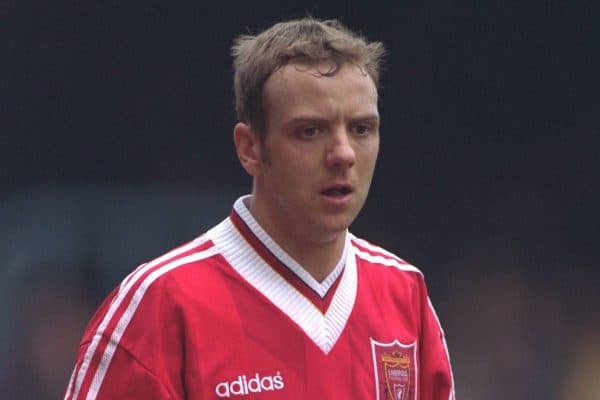 It is no age for a footballer to retire and certainly not one who had so much to give for club and country. A fit Jones would have undeniably been an asset for Houllier while for England he would have definitely collected more than the eight caps that came his way under first Graham Taylor and then Terry Venables. Because make no mistake: Jones not only came before Gary Neville, he was also better than him.

Jones could be forgiven for feeling bitter about how his career unfolded, and the title of his autobiography suggests he does. But the man himself has consistently insisted there are no regrets or resentment. He got to play for the club he loved and while there were some dark times after retirement he quickly prevailed, helped in no small part by Steve McManaman, who became a close friend of Jones during their time together at Liverpool and regularly flew him out to Spain following his move—also in the summer of 1999—to Real Madrid.

Jones’ family also proved critical to his post-playing recovery and along with his wife, Sue, the now 48-year-old runs a series of successful children’s nurseries across the country. Since 2013 he has also been employed in a mentoring capacity at Liverpool’s academy, working with the under-18s, under-19s and under-23s, three or four times a week.

As Jones put it in an interview with the club’s official website in March: “My role is to help the boy become a man as well as a footballer.” 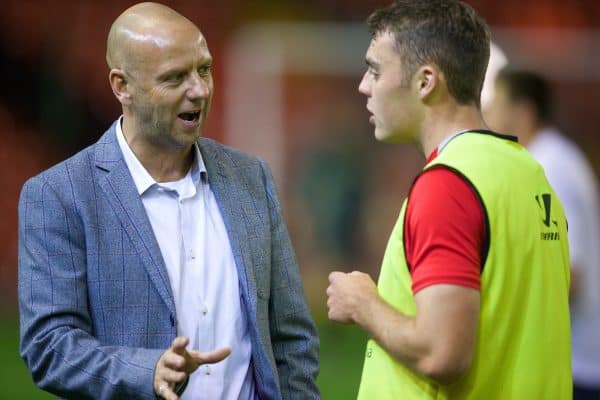 Two of the boys Jones has helped in this way are Trent Alexander-Arnold and Neco Williams, showing the system not only works but is absolutely lovely. For what warms the heart more than knowing one great Liverpool right-back has guided another, and potentially another?

And Jones really was a great right-back for Liverpool. Not at Alexander-Arnold’s level, or that which Williams may reach, but great nonetheless. In some ways he was ahead of his time and the tragedy is he was ultimately denied that very thing: time.

But Jones is not bitter and perhaps we shouldn’t be either. Because his is a career that did not end with a whimper. There were no sad final games that had Anfield groaning in unison and begging for him to be put out of his misery, or a drop down the divisions that was as wretched as it was embarrassing.

Instead Jones strode to the highest stage and went out with the crowd wanting more. He was a right-back who burned out rather than faded away, and if you squint really hard you can still see him out there—making tackles, getting the ball forward, being brilliant.