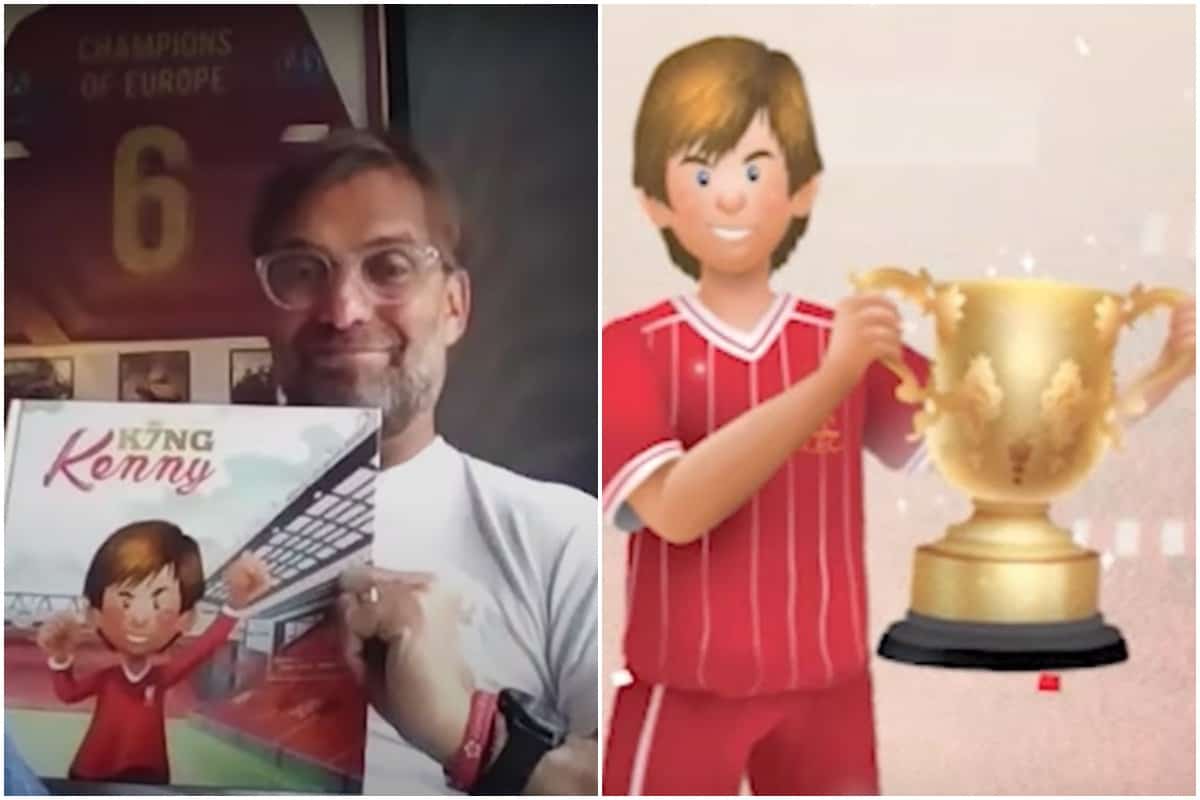 Jurgen Klopp has looked to entertain the masses through words once more, but this time by narrating the ‘King Kenny’ story.

The manager has a way with words and he could make even the telephone book sound interesting such is animated and heartfelt outlook.

And while we have heard from the boss with increasing frequency over the last few weeks as the Premier League gears up for a return, you’ve not heard him quite like this.

Here, Klopp narrates the story of ‘King Kenny’ in a video released by the club, in partnership with Standard Chartered, which is perfect for kids or anyone who harboured dreams of Klopp reading a book to them.

The rhyming picture book was released in 2018 as part of commemorating the legendary Kenny Dalglish – with his inspirational story from Scotland to Anfield, both on and off the field, told in all its glory to help inspire the next generation of football players and fans.

The book was penned by children’s author Gavin McCormack and provides a unique and engaging perspective on the Liverpool legend for those who were not there to witness his talent in all its glory.

Two of Liverpool’s greatest-ever managers in Bill Shankly and Bob Paisley both considered Kenny to be the best player to have worn the Liverpool shirt and it would be hard to disagree as he “created a true legacy.”