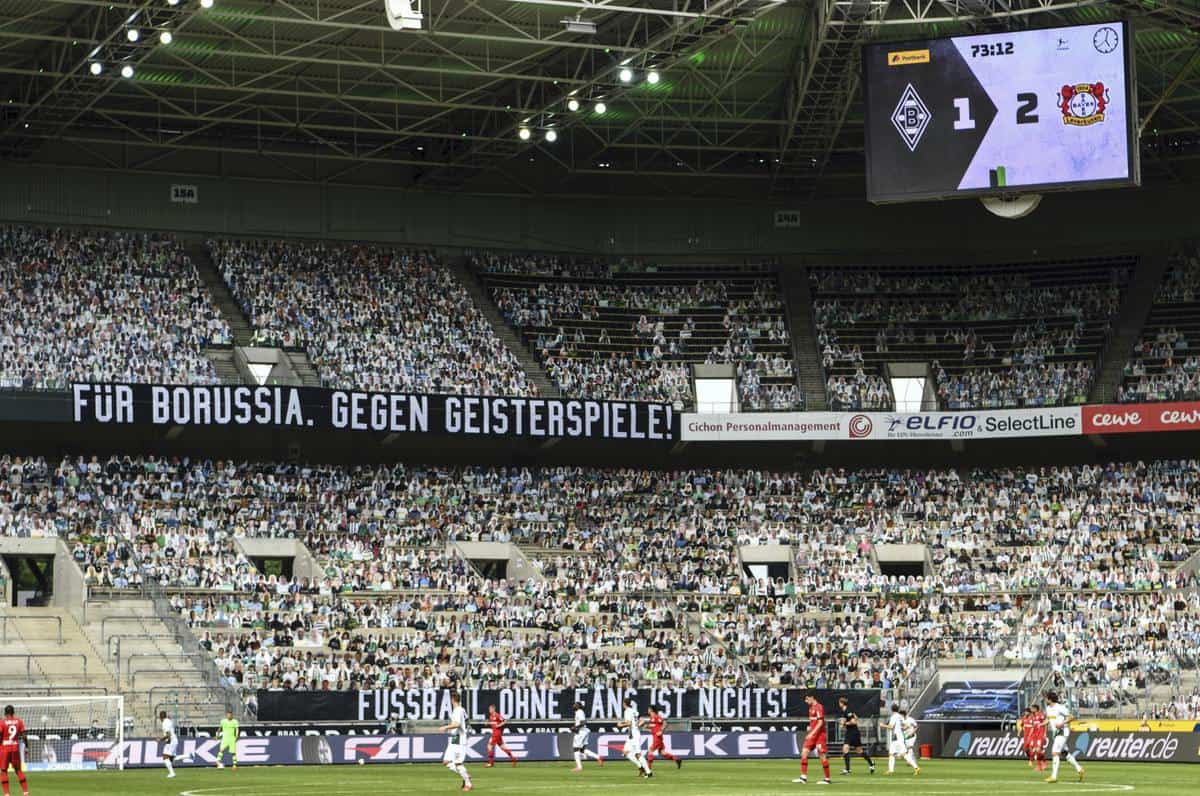 A round-up of the weekend’s football stories from around Europe, as Bundesliga continues to entertain and Spain gets set to resume playing in mid-June.

Kai Havertz bagged a brace for the second time in six days as Bayer Leverkusen leapfrogged Borussia Monchengladbach into third in the Bundesliga with a 3-1 win in front of a stadium full of cardboard cutout fans.

Havertz has been linked with a summer switch to Chelsea and the German forward keeps putting himself in the shop window, following up his double at Werder Bremen on Monday with another two goals.

Borussia-Park was packed with thousands of cardboard cutouts of fans to make up for an otherwise empty stadium, while there were also banners protesting against ghost games.

The 20-year-old provided the finishing touch to a fluid counter-attack to give the visitors a seventh-minute lead, slotting underneath Gladbach goalkeeper Yann Sommer first time after being played through by Karim Bellarabi.

Marcus Thuram equalised with an emphatic strike seven minutes after half-time but parity would not last for long as Havertz scored from the penalty spot just before the hour after Nico Elvedi fouled Bellarabi in the area.

Sven Bender made sure of the win for Leverkusen nine minutes from time when he headed home from Kerem Demirbay’s free-kick.

Following a fifth successive victory in all competitions, Leverkusen stayed within four points of second-placed Borussia Dortmund, who overcame Wolfsburg 2-0 thanks to goals from Raphael Guerreiro and Achraf Hakimi.

Werder Bremen boosted their survival hopes with a first win in eight matches, with Leonardo Bittencourt’s 19th-minute goal helping them claim a 1-0 win at Freiburg.

Bittencourt fired beyond Freiburg goalkeeper Alexander Schwolow after being put through by Davy Klassen.

Manuel Gulde looked to have levelled in the closing stages, shortly after Philipp Bargfrede had been sent off for two bookable offences, but the effort was chalked off for offside.

Second-bottom Bremen therefore moved to within two points of safety.

Paderborn remain rooted to the foot of the table after a 1-1 draw with Hoffenheim in a game where both goals were scored in the first nine minutes.

Robert Skov put Hoffenheim ahead in the fourth minute but Dennis Srbeny levelled soon after. 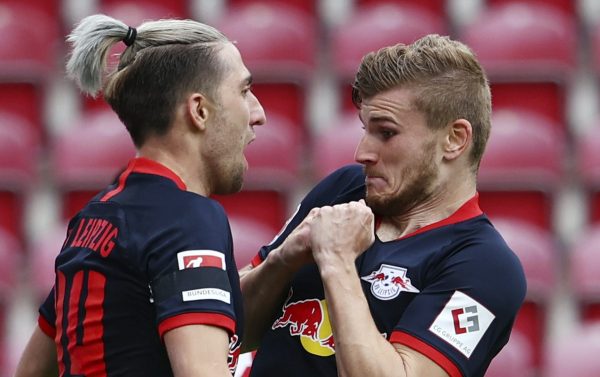 Timo Werner scored a hat-trick as rampant RB Leipzig reignited their Champions League push with a 5-0 rout of Mainz on Sunday.

The win was Leipzig’s first in four Bundesliga outings and moved them back up to third place in the table.

Mainz will be grateful the scoreline was not a repeat of their 8-0 defeat in the reverse fixture as Leipzig passed up several opportunities to score even more.

Werner put Leipzig ahead in the 22nd minute, turning in Konrad Laimer’s cross, before captain Yussuf Poulsen marked his 250th club appearance with the second goal.

A swift counter-attack had Leipzig forwards queuing up to apply the finish in the 36th minute, with Marcel Sabitzer the man to do it as he found the top corner.

And Werner added two more after the break, with the only surprise that there were not more, with Kevin Kampl seeing a goal ruled out for offside.

Mainz remain three points clear of the relegation play-off place, that cushion coming courtesy of a remarkable Cologne fightback in a 2-2 draw with Fortuna Dusseldorf which prevented the visitors from cutting the gap to a single point.

Dusseldorf looked to be cruising at 2-0 until Anthony Modeste struck in the 88th minute and Jhon Cordoba levelled in the first minute of stoppage time – Cologne’s seventh goal in time added on this season.

Kenan Karaman had put Dusseldorf ahead four minutes before the break with a shot that deflected off on-loan QPR defender Toni Leistner.

There was a let-off for Dusseldorf just before the hour as Mark Uth struck a post twice and was then fouled as he tried for a second rebound, only to see the following penalty saved.

And Dusseldorf took full advantage as Erik Thommy put away their second two minutes later, only to be pegged back at the end.

The pressure continued to build on Schalke manager David Wagner as they suffered a 3-0 home defeat to Augsburg.

Eduard Lowen opened the scoring in the sixth minute before Noah Sarenren Bazee doubled the lead with 14 minutes remaining and Sergio Cordova added a third in stoppage time.

The result leaves Schalke without a win in nine as their drift away from the European battle continued. 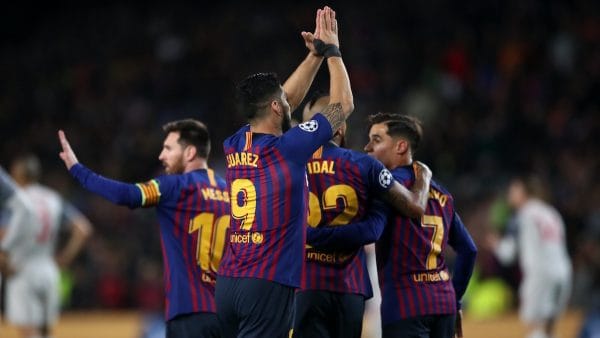 LaLiga has been given the go-ahead to restart from June 8, according to Spain Prime Minister Pedro Sanchez in an address to the nation.

The Spanish top-flight was suspended on March 12 because of coronavirus but the league stepped up its preparations for a resumption as group training of up to 10 players was allowed at the start of the week.

There are 11 rounds of fixtures still to play in LaLiga, which will confirm a return date in the coming days although Javier Tebas, the league’s president, has stated June 12 is an option.

“The resumption of major professional sporting competitions and, in particular, La Liga will be allowed from the week of June 8,” Sanchez said in a quote according to the BBC.

The Segunda Division – Spain’s second tier – has also been cleared to resume on the same date.

Reacting to the news, Tebas said on Twitter: “We are very happy for the decision, it is the result of the great work of clubs, players, technicians… CSD (National Sports Council) and agents involved.

“But we cannot lower our guard, it is important to follow health regulations and ensure the pandemic doesn’t come back.”

Barcelona currently sit atop the standings, two points clear of Real Madrid after 27 games. A fortnight after the season was halted, it was indefinitely suspended because of the global health crisis.

Five unnamed players across the top two divisions tested positive for Covid-19 earlier this month although they were asymptomatic and in the final phase of the disease.