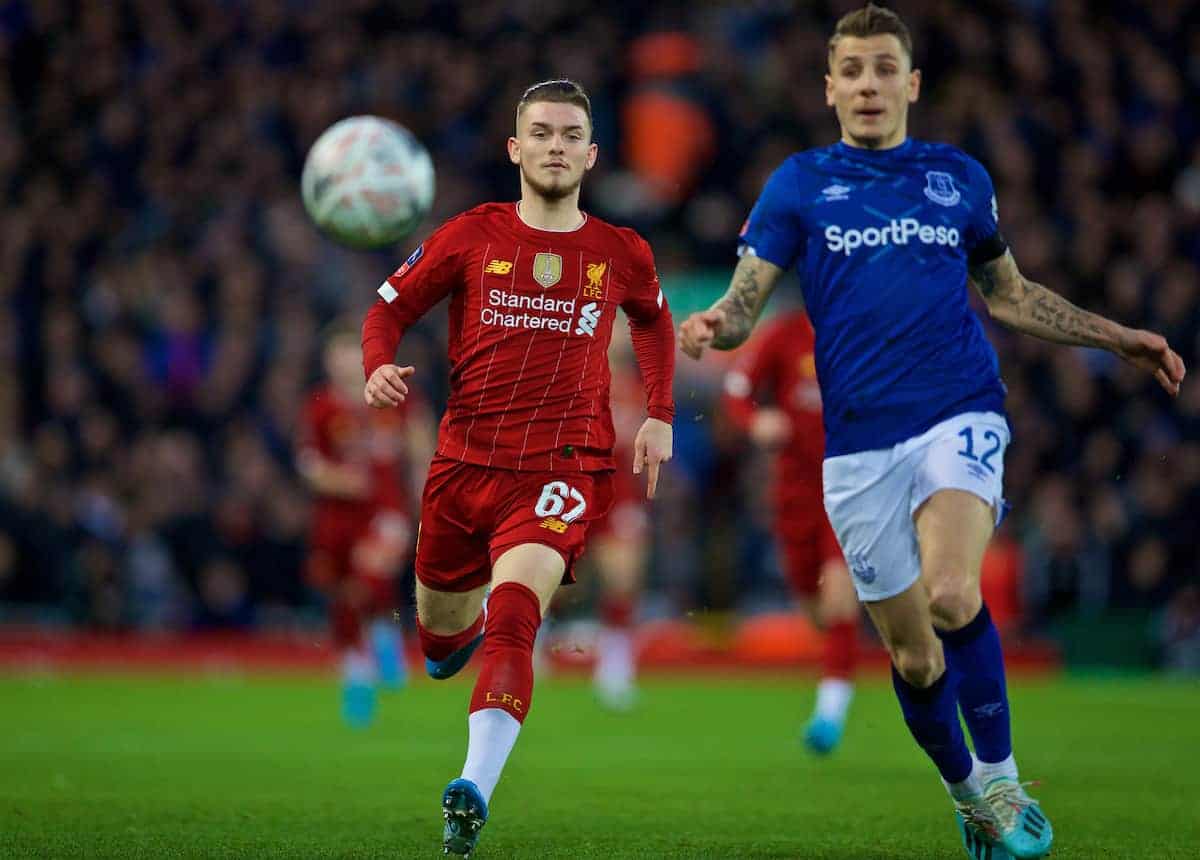 Liverpool could feasibly play a ‘pre-season’ training-ground friendly against Everton before the Premier League resumes…with a Merseyside derby at Goodison Park.

The Reds are set to get their title campaign back underway with a trip across Stanley Park, and could clinch the trophy without having to leave the city if results go their way.

A win over Everton and a Man City defeat at home to Burnley would be enough to secure a first-ever Premier League title for Liverpool, though it is more likely they will need to win two games to do so.

Before then, however, Jurgen Klopp‘s side are looking to get back up to speed at Melwood, having returned to small group sessions last Wednesday.

They are due to begin contact work again on Thursday, initially in twos and threes, swiftly moving up to full group training which could see 11-on-11 games.

According to The Athletic, clubs could also organise “one or two friendly matches” prior to the Premier League‘s resumption in mid-to-late June.

“Clubs and players feel that waiting an extra week or two is worth it if it means players are fitter, as games will be of a higher standard,” they report.

“Part of that extra buildup would be one or two friendly matches against other Premier League teams, most likely at training grounds and within a short distance of each other where possible.

“These games would likely take place within 10 days of the restart.”

Therefore if Liverpool do opt for warmup friendlies, their closest opposition would be Everton, with a possibly ‘friendly’ to be held at either Melwood or Finch Farm.

Obviously this could present issues, given the rivalry between the two sides and the proximity to their Premier League fixture, but it would come in extreme circumstances.

Klopp and Carlo Ancelotti enjoy a strong relationship, and the lack of travel time would be seen as a bonus for both clubs.

The next-closest sides would be Man United and Man City, which are arguably more questionable given the intensity of Liverpool’s rivalry with both, and beyond that it would be Burnley and Sheffield United.

Whether a ‘friendly’ derby comes to pass remains to be seen, but clubs across the Premier League will be considering all options at this stage as they attempt to reach full fitness as quickly as possible before the restart.

The last time Liverpool and Everton met in a friendly was in 1996, with Jamie Carragher making his first appearance for the senior side in a 0-0 draw in the Sir John Moores Centenary Trophy.