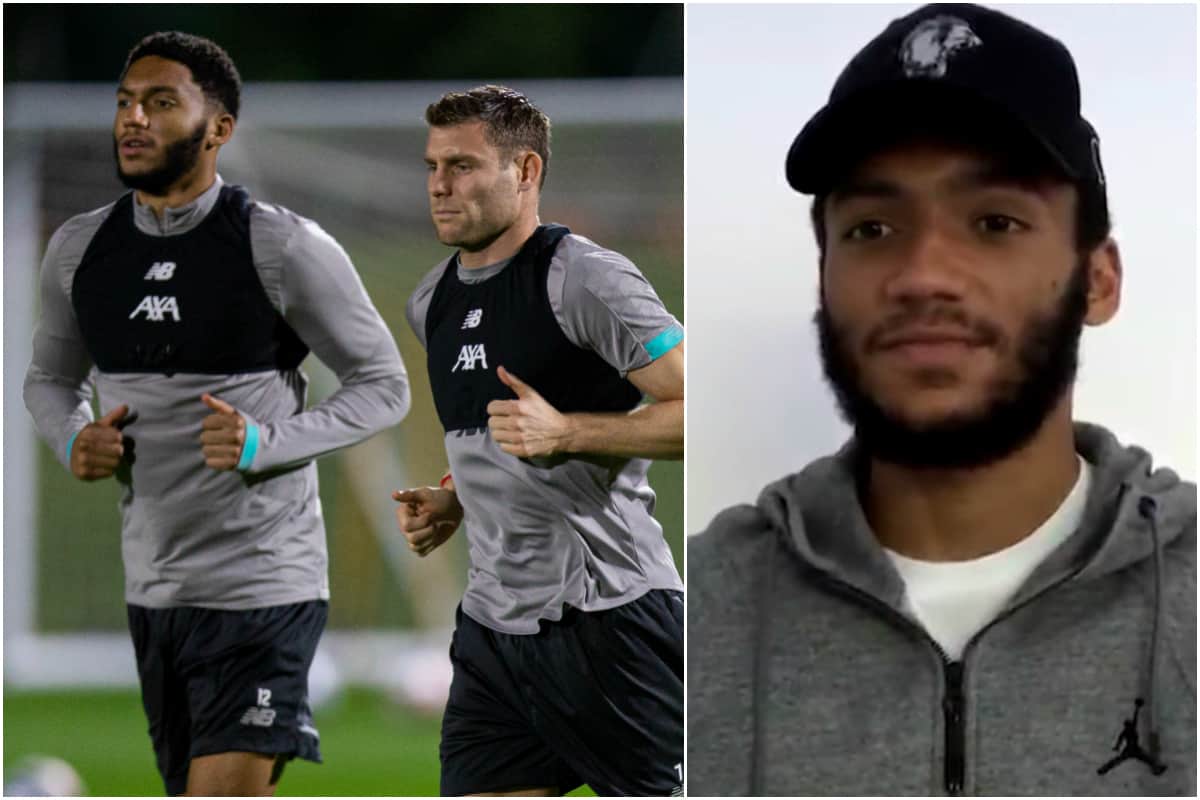 Joe Gomez has discussed the “real lows” he endured while working through a series of injuries, and how the professionalism of James Milner sets the standard in recovery.

Despite having joined the Reds’ first-team ranks in 2015, Gomez only marked his first century of appearances for the club almost five years later.

That was his last outing, due to the suspension of football, which allowed the Liverpool centre-back to sit down with Micah Richards for a video interview that saw him open up on his mental struggles.

Though the conversation largely focusses on his England career, and the impact of back-to-back ankle injuries that saw him miss the 2018 World Cup, it provides an insight into his approach to recovery.

He admitted he “rushed” his initial rehab in order to return sooner, which “added to” the burden he felt while sidelined.

“I rushed it a little bit and came back and re-injured to the point where I needed surgery, where before if I’d have just chilled and taken my time [it would have been fine],” he explained.

“It definitely added to that aspect, and how badly I took it.

“Then to see what the team did and what they achieved was tough, just seeing the whole country behind them. Naturally you want them to do well, but you long to be a part of that, it’s just a natural emotion.

“It was tough and it made me feel like ‘am I going to get chance?’, it’s once every four years.

“But everything happens for a reason, so I definitely learned from that experience.

“[Talking about mental health in football is] like taboo, one of those things you put aside and just keep it to a personal level. Everyone goes through it.

“Sometimes footballers, especially at that level, are seen like robots.

“At the end of the day everyone’s human, everyone goes through tough times, I can admit that I’ve been through some real lows and felt like ‘am I going to play?’.

“In different ways and forms, you don’t realise sometimes it hits you more than others, because of people’s opinions and stuff.

“It’s nice that some people do speak about it, but it definitely can be spoken about more.” 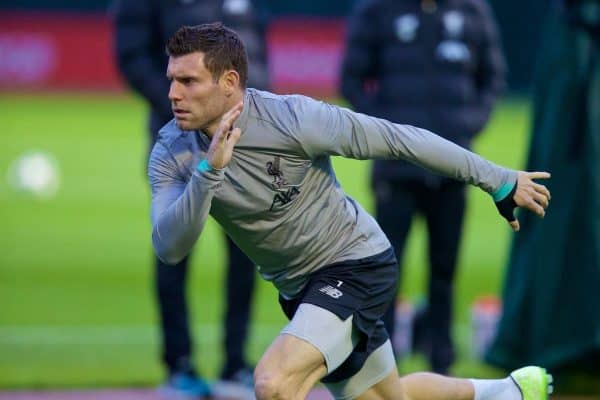 On the subject of Gomez’s injuries, Richards points to a shared team-mate of theirs in Milner, and Liverpool’s No. 12 agreed that he is the ideal role model.

“I’m so grateful to be around him in the dressing room,” he continued.

“I think he probably doesn’t realise, subconsciously, how much he raises the standards.

“Like if there’s a day off, you feel like ‘oh, Milly’s probably doing this, I should be doing this too’, or just everyday, his attention to detail, his pre-act, everyday he’s in the gym.

“I don’t think, playing right now, there’s many pros at the level of professionalism that he maintains.”

Gomez has been unfortunate with injuries throughout his young career so far—including an ACL rupture in 2015 that saw his start to life under Jurgen Klopp disrupted—and he reflected on the feeling when making his return.

“When you’re young you’re a bit naive, you think ‘I can get kicked, I’m not going to pull hammy’, but for me it was similar,” he said.

“When I was 18 I had my ACL and it was a real eye-opener, that you have to build your body up again from scratch.

“Then you put in all that work and you think ‘I don’t want to go through that again’.”

Hopefully Gomez’s problems with fitness are past him, as when fit he is the perfect centre-back partner for Virgil van Dijk, and a key player for Liverpool going forward.