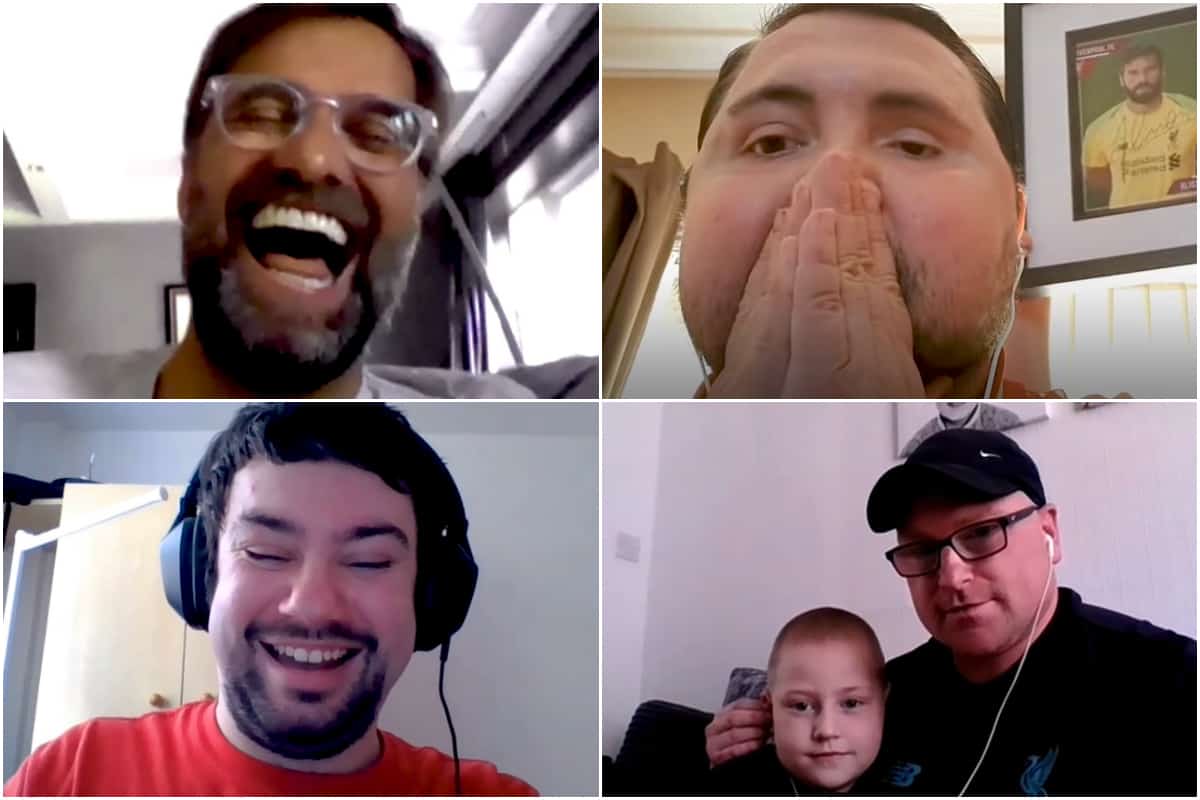 Jurgen Klopp surprised three Liverpool fans on a video call over Zoom, and extended incredible invitations to those currently suffering with illness in isolation.

The club released a video on Tuesday morning of Klopp dropping in on three supporters’ Zoom calls with presenter Peter McDowall, much to their surprise.

And the genuine warmth that shone through is a marker of the manager’s character and his ability to connect with fans, as he has shown throughout his spell on Merseyside.

First up was Brett Duffy, a volunteer with the LFC Foundation who is currently isolated at Liverpool John Moores University, studying performance analysis.

Klopp related this to his early days as a manager at Mainz, when he was required to conduct analysis himself, saying “I know it’s quite intense!”

“You look in good spirits still, that’s important,” he told Brett, reflecting on the current situation.

“That’s how the boys are, that’s how I am, and so we will go again and we will be back.”

The manager then joined Darren Smyth and his son for a call, with Darren in self-isolation due to cancer, having undergone brain surgery on his birthday in January.

“You are strong so far, and you will stay strong,” Klopp told him, after sharing their stories of celebrating Divock Origi‘s winner in the Merseyside derby.

“You have a wonderful family around you, and I really, really hope to see you soon.”

Noah Smallwood, a young boy who is suffering from Perthes—a rare childhood disease which affects the hip joint—was the third supporter to be surprised by Klopp.

Klopp learned that Noah was due an operation at Alder Hey, which he described as “the best hospital in the world.”

“We know a lot of people there,” he said. “That’s the best children’s hospital in the world, and you are in the best hands there.”

Noah has since undergone his operation and is recovering in the hospital, where no doubt Klopp’s invitation to visit Liverpool’s new training ground at Kirkby will be keeping his spirits up.

Klopp told Noah “we’ll pass a few balls and you’ll see the boys,” while also inviting Darren to the Boot Room at Anfield for his next birthday—which lands on January 20—to “have a little beer together.”

“Something to look forward to,” the manager said, which is perhaps an understatement!