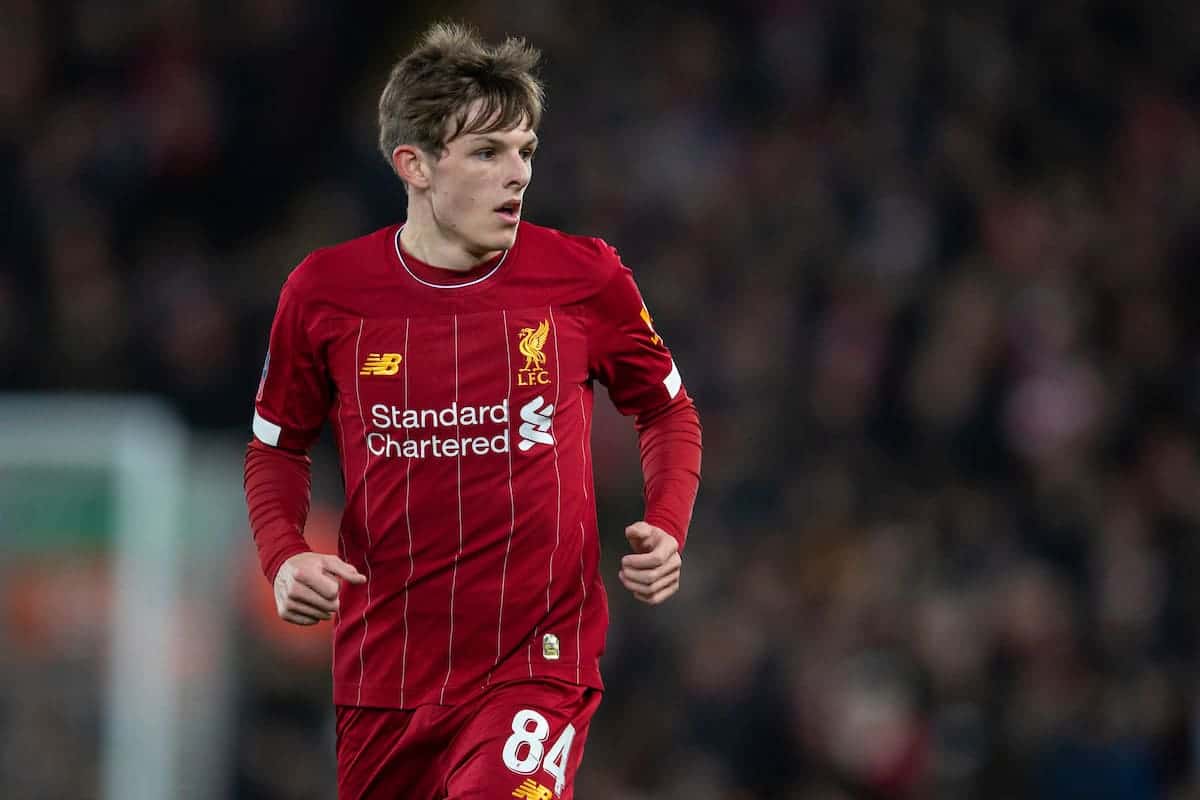 Liverpool midfielder Leighton Clarkson has revealed a conversation with Jurgen Klopp at Melwood, with the manager and Pepijn Lijnders big admirers of the 18-year-old.

It has been a hugely productive campaign for Clarkson, despite the curtailment of the academy season, as he topped the young Reds’ assist charts.

Clarkson laid on 13 goals in 31 appearances across the youth groups, a feat only equalled by Harvey Elliott, and his progress did not go unnoticed.

He was called into first-team training back in August, and caught the eye with his contribution at Melwood over a series of trips to the senior facility throughout the season, going on to feature against Aston Villa and Shrewsbury in the cups.

Though those games were managed by Neil Critchley in the absence of Klopp and his usual backroom staff, Clarkson was praised by Lijnders, who described him as “the type of No. 6 we really like.”

And speaking to the club’s official website, he revealed that the manager told him he “thinks highly” of him before his first session at Melwood.

“Klopp came up to me then and gave me one of his hugs and he was just saying, ‘just be yourself. I think highly of you’,” the 18-year-old explained.

“Every time I go up I always have a couple of words with him.

“The second time, after the session we were just talking about a recent U18s game, so he must have been watching.

“We talk quite a bit and it’s made me relax.” 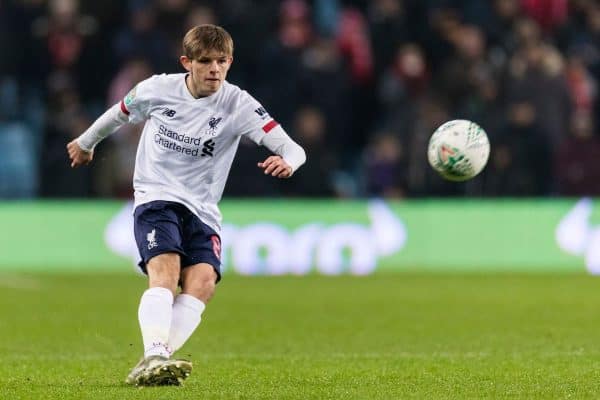 Lijnders has hailed Clarkson as “the one who has always time on the ball,” and their faith in him saw him named on the substitutes’ bench for two genuine first-team games earlier in the season in the League Cup clashes with MK Dons and Arsenal.

There is considerable competition for places in Klopp’s midfield, but there is a real belief that Clarkson could make the step up, and in assessing his own talents the teenager opened himself up for a variety of roles.

“I’d say I’m quite a technical player. I like to pass the ball, I like to get on the ball all the time, I’m always looking to play my mates in,” he said.

“I played as a No. 10 when I was 15 and playing in the under-16s and scored quite a lot of goals. Then I started to move back a little bit. 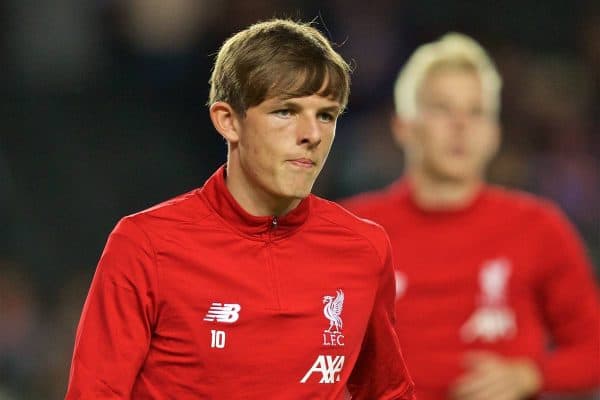 “But when Pedro Chirivella was playing with us, I was sort of like a No.8/No.10. I’d like to think I can play in either of those positions, which is a lot more helpful than playing in the one role.

“I’m a passer really and always looking to play players through.”

Though he is still relatively slight, Clarkson does not shirk the physical side of the game, and his industry has improved throughout the season with the under-23s—no doubt as a result of his experience at Melwood.

He is certainly one to watch in the coming months, and it could be that Klopp includes him next pre-season, or perhaps even—with the academy campaign over—before the end of 2019/20.