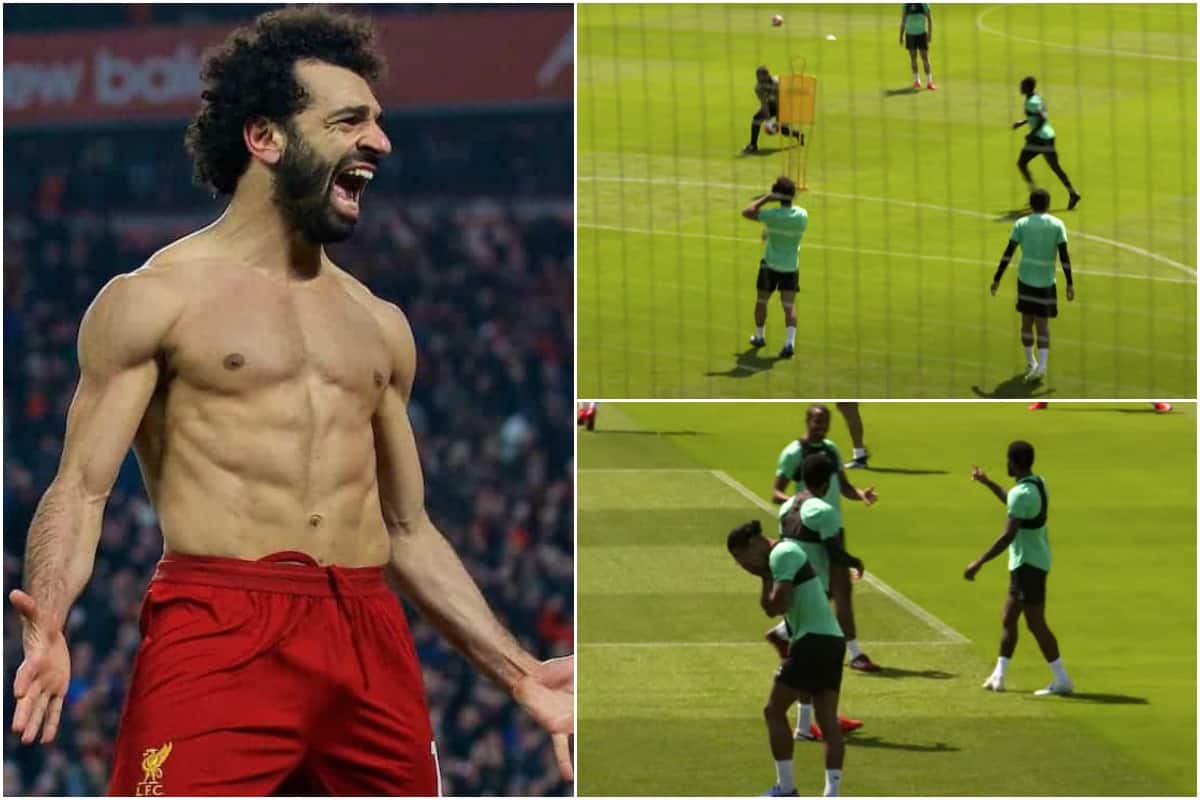 Liverpool are back in the swing of group training as they gear up for their Premier League return in 20 days’ time.

The English top-flight was given the green light for full contact training on Wednesday after a unanimous vote.

It came over a week after stage one of ‘Project Restart’ came into effect which limited training to groups of five, all of whom still practised social distancing protocols.

And while any unnecessary contact is still off-limits, a greater sense of normality was provided as all the players and coaches were able to gather together in person rather than Zoom for the first time in 10 weeks.

Spirits were, of course, high as the banter seamlessly transitioned from the online world to Melwood.

And here are five things we noticed as Liverpool made their return to group training.

Who knew it was even possible to have a valley between your abs?!

There’s not a fat cell in sight, just muscle and he’s right to be proud of it, the commitment and discipline it requires is on another level.

Dejan Lovren, however, did not seem impressed as Salah showed off his physique to the cameras – can hardly blame him, everyone would pale in comparison.

Importantly, the squad all look in tip-top condition as they gear up to finish their last nine fixtures.

The Return of the Rondos 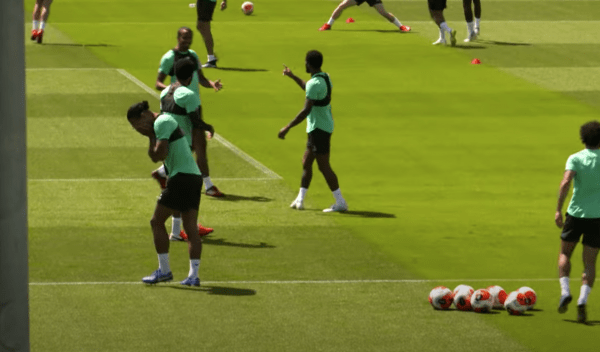 Group training meant the famous rondos were given the go-ahead to return, with movement and speed at the heart of it, as we have come to expect.

As well as the competitive spirit, of course, as cries and heads in hands were captured in all their glory as the five-v-two rondos took place.

And the energy and tempo on show had both Jurgen Klopp and Pepijn Lijnders sharing a knowing look as they watched on.

“Jurgen and I looked at each other during the rondo and were smiling ear to ear. I said, ‘I hope the exercise will do the coaching, so I can just observe and fully enjoy it!’ Lijnders recalled.

Intensity is at the foundation of Liverpool’s play and it’s abundantly clear that the foot has not come off the gas.

While Joel Matip was easily denied from close range by Caoimhin Kelleher, Joe Gomez showcased his ability to find the net beyond both Alisson and Adrian.

Liverpool’s No. 12 has played 100 games for the club but has yet to land on the scoresheet.

It says more about the position and role he takes in the side rather than his finishing ability, as he proved from both close-range and outside the box that he is more than capable of ending his barren run.

A healthy competition between himself and the Brazilian stopper was clear as the pair traded barbs as they attempted to get one over the other.

It really is a joy to see them back on the pitch.

Longergan vs. the Prolific Front Three

But talking about saves, Andy Lonergan takes the crown after denying Roberto Firmino, Salah and Sadio Mane in quick succession.

From low saves on either side of his body to a corner attempt from Mane, he had it covered in mesmerising fashion.

Applause rightly came his way on the pitch and then on social media as he shared the fact that it is “not often u keep these 3 out” – as other ‘keepers would attest to as they’ve combined for 49 goals this season.

Lonergan signed a short-term contract with the Reds at the start of the season after Liverpool’s goalkeeping options took a hit, where he has since only made the bench on eight occasions. 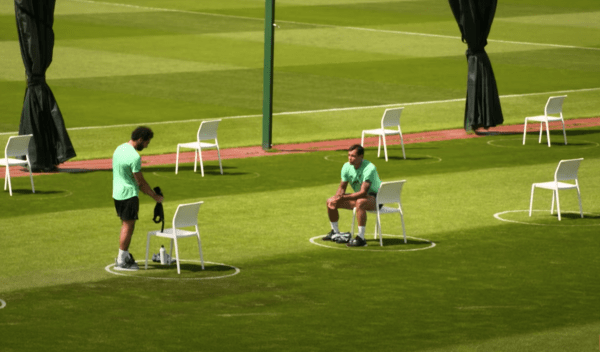 The return of the entire playing squad, bar Nathaniel Clyne and Xherdan Shaqiri, has seen further changes made to Melwood with the five chairs in individual circles needing to be replicated on mass.

As aforementioned, social distancing protocols are still very much in place despite a return to contact training and as such, each player still has an allocated station to store their limited belongings and change into their boots.

A squad of 29 all together again, what a sight:

The squad are now able to take part in 11-on-11 games, and Klopp has a multitude of options at his disposal as he continues to put his players through their paces ahead of the expected return to action against Everton on June 20/21.