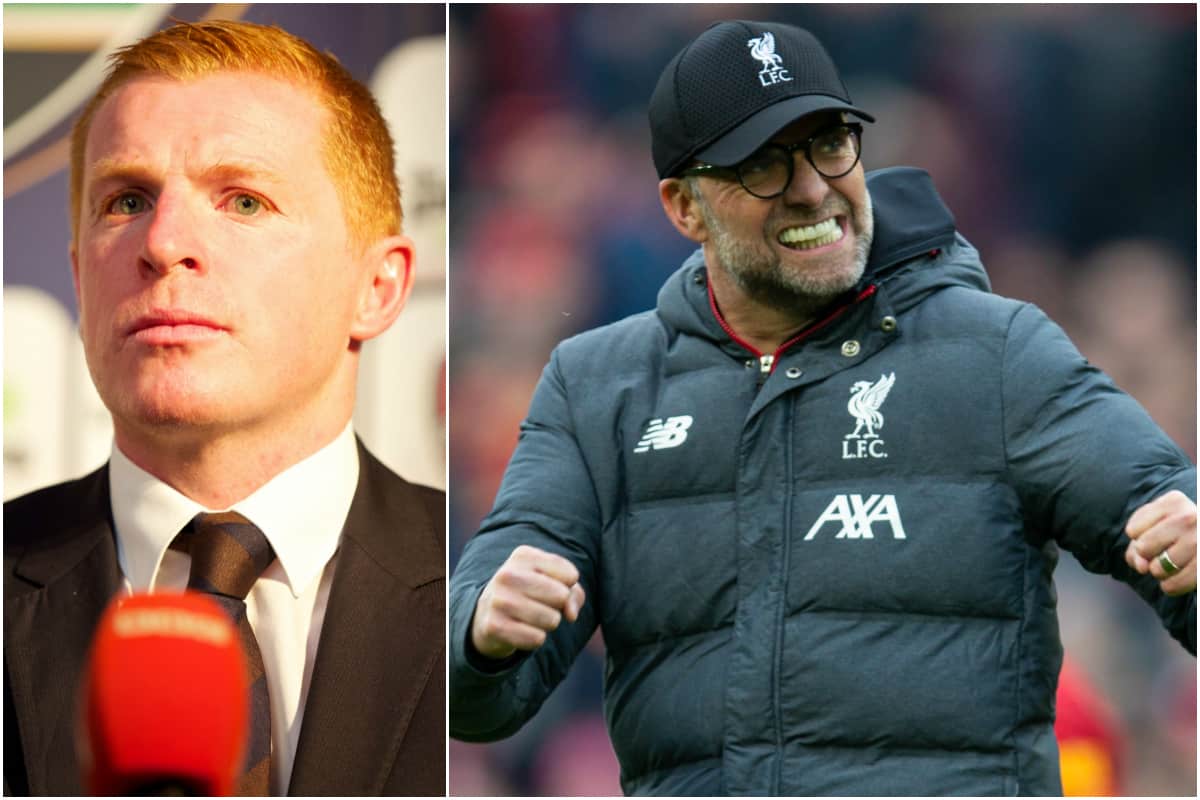 Celtic manager Neil Lennon has rejected claims over a “tainted title” after his side were crowed Scottish Premiership champions with the season abandoned.

It was announced on Monday that the Scottish top flight was to be ended immediately, following France’s Ligue 1 in determining league positions on a points-per-game basis.

Celtic were 0.36 points clear of Rangers and were therefore handed their ninth consecutive title, while Hearts were relegated to the Scottish Championship with just 0.77 points per game.

As with Liverpool and their Premier League rivals, Celtic were immediately accused of having won a ‘tainted title’, but Lennon issued the perfect response.

“‘Tainted title’ suggests some sort of illegality or some kind of cheating going on,” he told Clyde 1 Superscoreboard.

“This season was curtailed through no fault of our own.

“The powers that be, the member clubs, said that this was the best way to resolve things if no football was going to be played.

“It’s looking increasingly like it was never going to get played this season. Clubs voted on the resolution eventually.”

Celtic had established a 13-point lead at the top, which is significantly fewer than Liverpool who are 25 ahead of Man City, but realistically there was little chance of Rangers catching up with nine games to play.

There is obvious disappointment at Celtic Park, too, that they were unable to seal the title in front of their fans, with the parallels between them and the Reds stark.

“That was taken away from us, like I say that opportunity for the first time guys like Jullien and Bolingoli and Frimpong, they didn’t get the chance to win their first medal in front of the home support which is what we all work for and strive for.

“But there was no way we were going to relinquish anything on the football field, we were very strong and coming on stronger.”

Fortunately, Liverpool look set to be given the opportunity to clinch the six points required to guarantee the title, with the season likely to resume in mid-June.

But their dominance over the rest of the Premier League would have justified their triumph even if the campaign was curtailed like in Scotland, France and Belgium, and Lennon’s answer says it all.