Jurgen Klopp has laughed at the suggestion that the Premier League season should have been rendered ‘null and void’.

Numerous media, many supporters of clubs whose season isn’t going well, and even some within football itself had suggested that the 2019/20 campaign be ‘voided’ and wiped from the history books – despite it being over three-quarters complete.

It was a ridiculous suggestion, and one which thankfully we know cannot happen due to UEFA, the FA, the Premier League and almost everyone with a sensible mind saying so.

But, asked about it, Klopp had an as ever excellent response, quoted as saying at a talk to the German Football Academy:

“There was talk that people wanted to declare the season null and void. So you thought: ‘Huh? We have played 76 percent of the season and you just want to delete the thing?’

“That would have been something that I personally would find unfair, to just say that it didn’t happen.

There was another setback for the ‘null and void brigade’ on Monday, as the Premier League approved a move to allow clubs to return to small-group training this week. 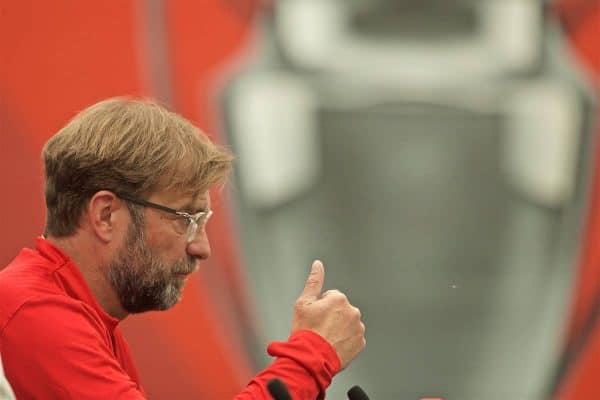 Thankfully, we know that however this season now ends, Liverpool will be champions – assuming that they get the six more points they require or the table is decided on points per game.

Klopp addressed those saying that football should not be returning at this time, accurately pointing out that “dealing with the crisis is the most important thing.

“But that doesn’t mean that certain things are of no importance at all just because they are less important.

“I think there are worse things in life than not becoming champions. A lot of people around us have big problems.”

“People say: ‘How can you think about football, in moments when people are dying out there?’ Nobody does that, but like every other branch of business, we have to prepare for the time afterwards, because it will come of course.

“When it comes to football, that means that we will start training at some point and to make sure everyone is safe, unique measures are taken.

“As they were made in Germany, they are now being taken in England. The training centers of the English professional clubs will be the safest. There are no places to be infected at all.”