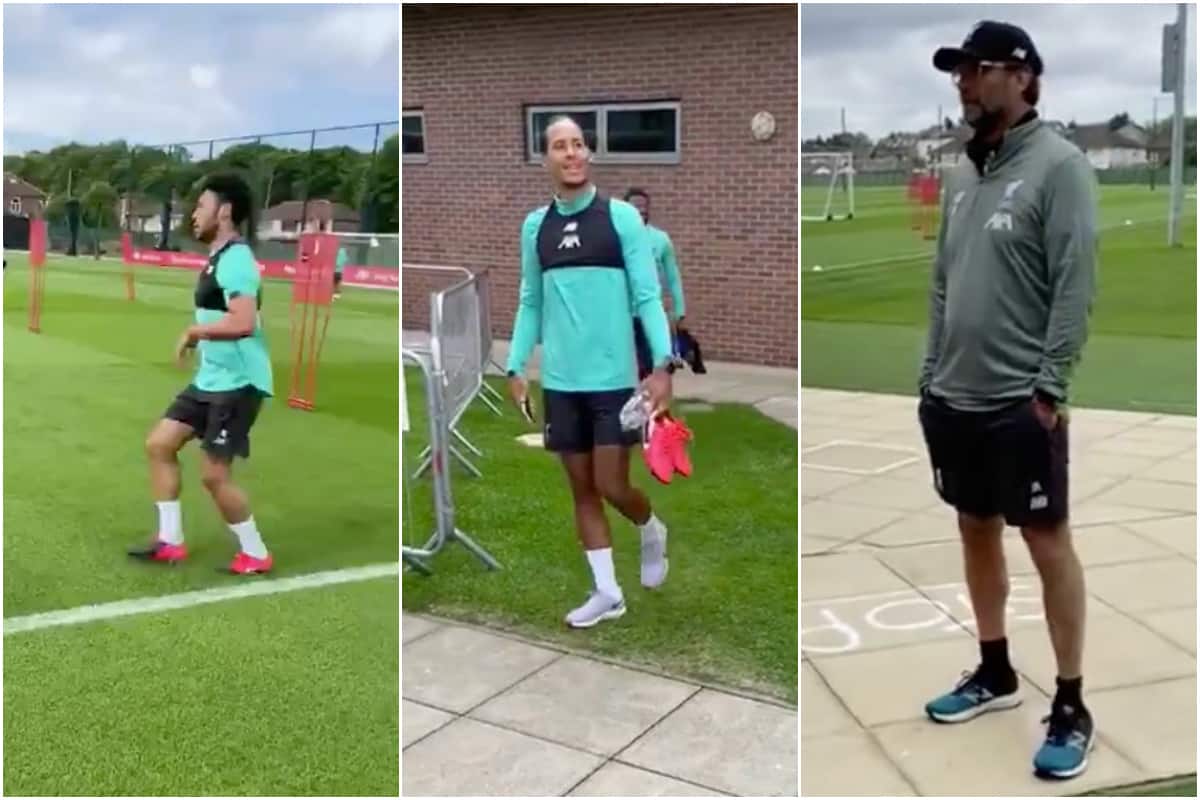 Jurgen Klopp and his staff aren’t wasting any time in getting the Liverpool squad back to fitness, with Pepijn Lijnders particularly vocal in Thursday’s intense session.

The Reds are back to work at Melwood, and with the prospect of just over three weeks of training before the Premier League‘s restart cannot afford to take it slowly.

Having maintained their base fitness through lockdown, with the training ground now reopened for small group exercises there is a need to recapture the sharpness of champions.

Klopp oversaw a series of running drills and light ball work on Wednesday, but with the cones out the next day things seem to have taken a step up.

Spirits are high among the squad, with Klopp joking with Virgil van Dijk as he made his arrival, with the centre-back having given his version of Blue Steel to the cameras on the way in: 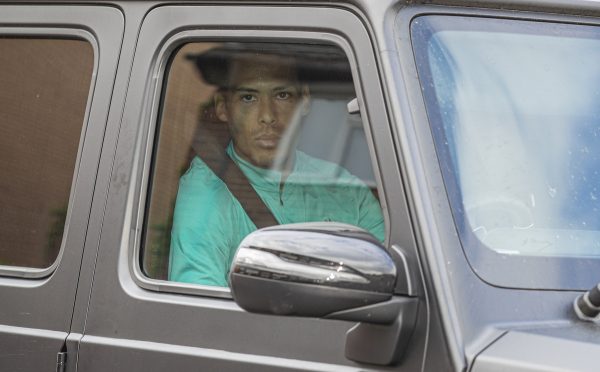 Lijnders is always one of the most notable presences on the pitches at Melwood, with the Dutchman taking many of the training sessions while the manager observes, and it is no different in this mini pre-season.

Klopp’s assistant roared Trent Alexander-Arnold through a drill that required close control and swift movement, with Lijnders telling the right-back to “speed up”:

Pep putting the Reds through their paces, with social distancing in play ? pic.twitter.com/nOKha6femK

This method clearly works, though the Reds need little motivation as they aim to head into the new season with momentum, with just six more points required to clinch the title.

Oxlade-Chamberlain could be a key player in the final nine games of the campaign, and the No. 21 appears to have not missed a step despite two months off:

Having worked his way back from injury, the 26-year-old started nine of the Reds’ last 11 games in the Premier League and Champions League, though he has only played the full 90 minutes on one occasion this season.

There have been signs of real progress, however, and hopefully he can pick up where he left off when the campaign resumes with the Merseyside derby next month.

Oxlade-Chamberlain won’t be the only player looking to catch Klopp’s eye in the first days back in training, with the likes of Takumi Minamino, Curtis Jones, Divock Origi, Neco Williams and Harvey Elliott all aiming to impress.