A raft of issues including a restart date and curtailment will be discussed when Premier League clubs gather again on Thursday morning.

The 20 English top-flight sides have voted unanimously in favour of protocols for a return to contact training, which is expected to start as soon as Thursday for those clubs which have already completed the necessary risk assessments.

There is a huge amount of ground to cover in Thursday’s meeting, with the possibility that clubs may settle on a restart date.

June 12 had initially been reported, but managers and players have pushed for an extra week’s preparation time.

Clubs will need to settle on a model to be used in the event of a setback which prevents the 2019/20 season being finished in a reasonable time frame, with reports that the Premier League clubs are keen on getting the new season started in September.

Where the matches will be played will also be looked at.

On May 1, clubs were understood to have been told that using eight to 10 neutral venues was the only way the season could be safely completed, but it is understood that home and away games are still possible, along with the neutral venue option.

There is also the chance clubs will use a ‘hybrid’ model where some games are played in their own stadiums, but matches considered high-risk are moved on police advice.

There will be conversations too around broadcasting issues, including the fixture list, the possibility of staggered kickoff times and over how certain matches of the 92 remaining could be made available free to air.

Players are expected to resume contact training as early as Thursday after the clubs gave them the green light.

That followed positive feedback on the plans from players and managers at a meeting on Tuesday.

The protocols have not been published yet but the Premier League’s plans were based on Government guidelines published by the Department for Digital, Culture, Media and Sport on Monday.

The contact training protocols from DCMS recommend contact being gradually built up, first among clusters of two to three players, increasing to groups of four to 12 players before ultimately a return to full team training.

It also recommends meticulous record-keeping of any close contact—defined as anything which occurs within the two-metre social distancing boundary—so that in the event of a positive test, contacts can easily be traced. 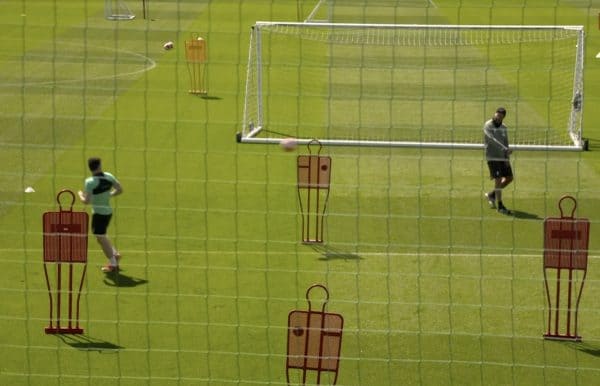 “Squads are now able to train as a group and engage in tackling while minimising any unnecessary close contact. The Premier League’s priority is the health and well-being of all participants.”

Testing will continue on a twice-weekly basis, with the next set of results due later on Wednesday.