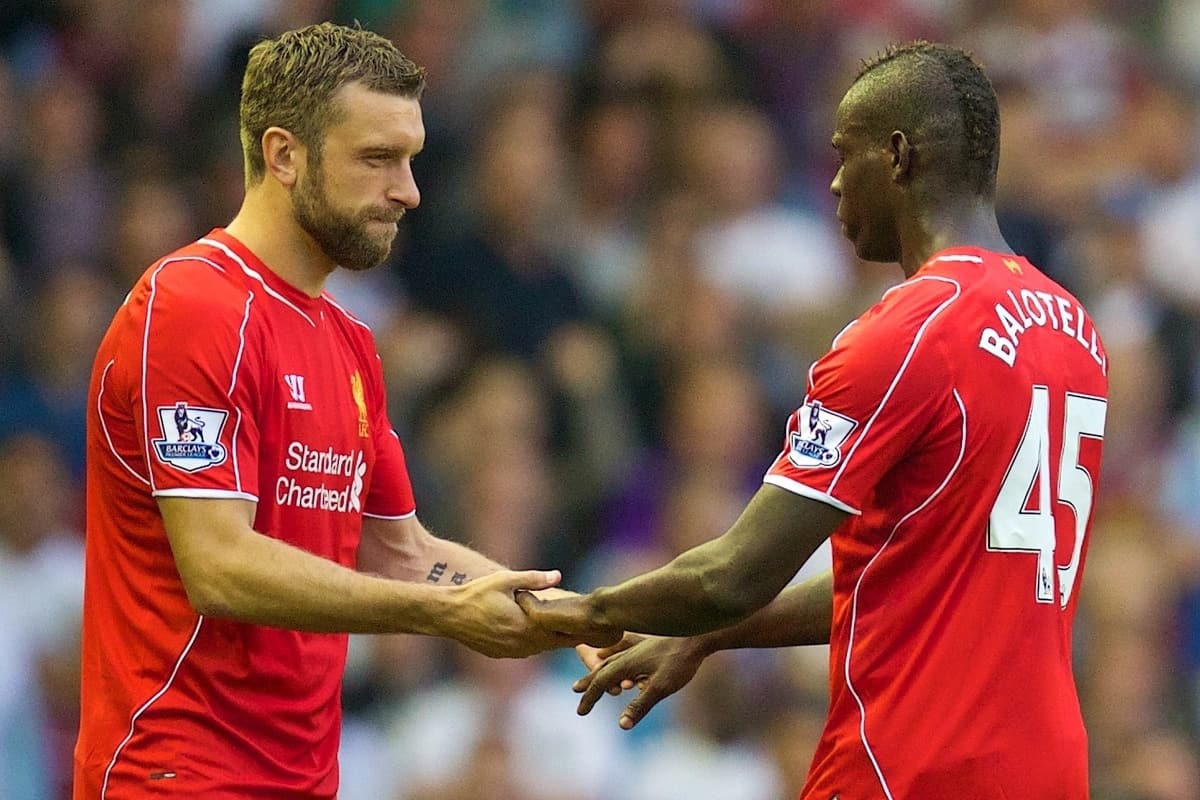 Rickie Lambert has admitted he “didn’t do good enough” at Liverpool, but questioned Brendan Rodgers’ decision to field Mario Balotelli, who was a “disgrace” in training.

It is a difficult situation to comprehend now, given the strength the Reds’ current attacking ranks, who have scored 49 goals between them so far in 2019/20.

But in the wake of a second-placed finish in the Premier League, Rodgers’ side went into the new season with Balotelli, Lambert and Fabio Borini as their established strikers along with Daniel Sturridge.

Lambert and Balotelli were signed within two months of each other—the Englishman was Liverpool’s first arrival of the summer, while the Italian joined as a last-minute addition—and could not have been more different.

They played together only seven times, totalling 89 minutes alongside each other on the pitch and winning just one of those games, and scored a combined seven goals for the club.

And in an interview with Bristol Live, Lambert questioned the pecking order in Rodgers’ attack, given Balotelli’s lack of effort in training.

“Rodgers brought in Mario Balotelli and put him in ahead of me, and it did my head in to be honest. I couldn’t understand it,” he said.

“When he played he did try, and I have come across players with that attitude before, but they are usually good enough to get away with it, but he wasn’t.

“I just didn’t understand how Rodgers was letting him get away with it, and picking him ahead of me. It affected me directly, but it had a negative impact on the team.” 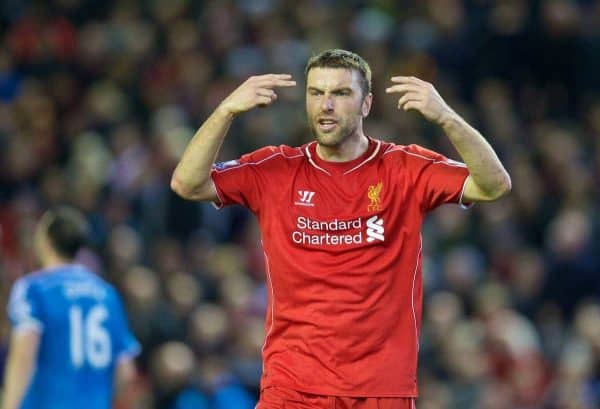 It is no surprise to hear Balotelli criticised for his application at Liverpool—that was evident from his early days at the club, with his reputation preceding him—but it is interesting to consider Lambert’s view on how it impacted him.

But for all of Lambert’s anger at the situation, the 38-year-old is self-aware enough to recognise that following Luis Suarez’s incredible output of 2013/14 was an impossible task, and he accepts he “wasn’t ruthless enough.”

“If I am being honest I know I didn’t do good enough at Liverpool. I wasn’t ruthless enough with the chances I was given, and it wasn’t a good time,” he continued.

“And pretty early on Rodgers tried to get rid of me to Crystal Palace where Pardew was, so I knew I wasn’t ever going to be top priority.

“I said no immediately. Why would leave a club like Southampton for years to come to Liverpool and leave after several weeks to go to Palace?

“After that I was in shock, and I didn’t get selected for about three months I think. I didn’t come off the bench, I didn’t touch a ball the whole time.” 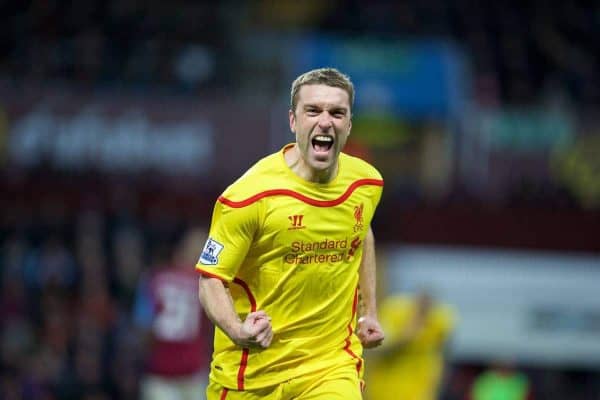 Lambert played just 60 minutes in the league from mid-December to the end of April, with his spell at his boyhood club coming to an end with a move to West Brom in 2015—but despite his regret, he looks back on the time fondly.

“It was all set up for me to succeed, but I was devastated not to be able to maximise my stay,” he conceded.

“I am disappointed, but I am grateful I was ever able to put on the Liverpool shirt. I will be proud of that until the day I die.”

Neither Lambert or Balotelli lasted long at Liverpool, but as the years go by, it is no doubt which is more valued by supporters, regardless of his disappointment.