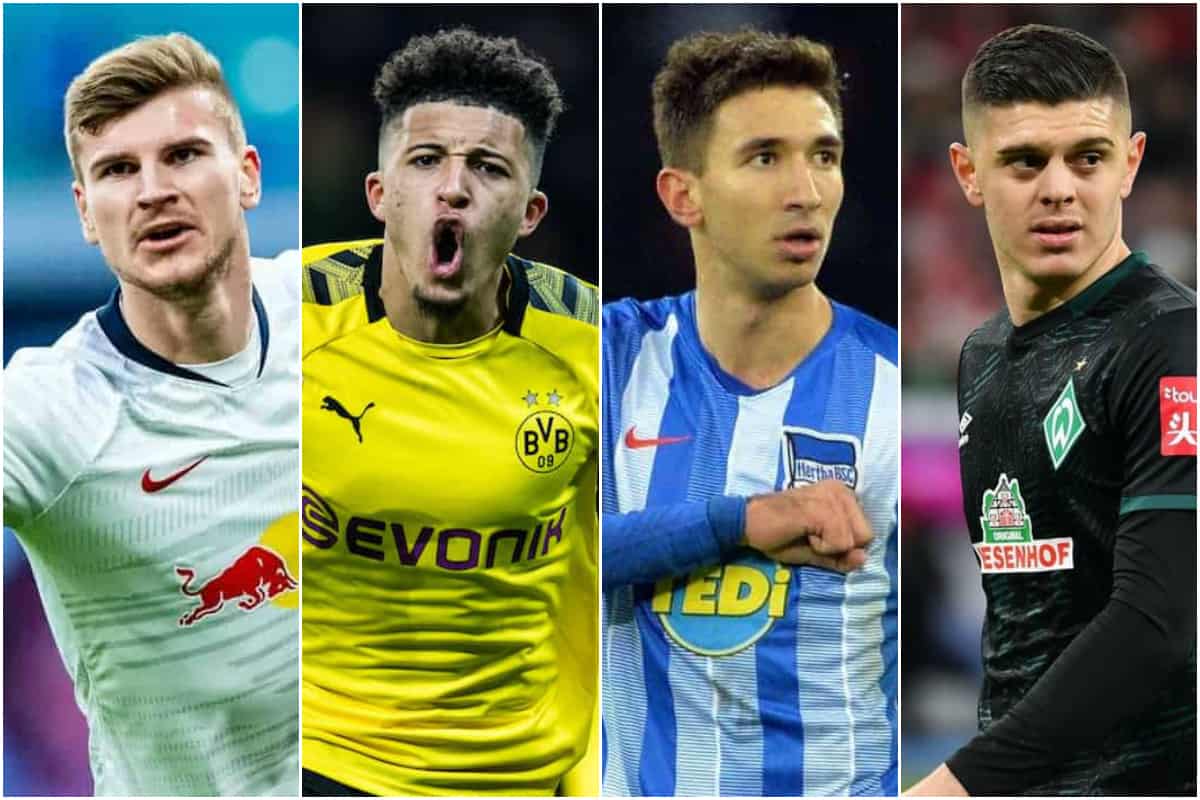 The Bundesliga is back this weekend, and with every game on TV in the UK, Liverpool fans can follow the likes of Timo Werner and Marko Grujic as the action returns.

It has been over two months since the Reds’ last outing: that frustrating loss to Atletico Madrid in the Champions League, which proved one of the last high-profile games before football was suspended across Europe.

Such has been their effective approach to the coronavirus pandemic, it is no surprise that Germany’s is the first major league to resume play.

Both the Bundesliga and 2.Bundesliga will return this weekend, providing fans around the world an opportunity to satisfy their thirst for football before their own clubs are back.

For Liverpool supporters, there are many reasons to follow the Bundesliga, and here’s our quick guide to the big restart. 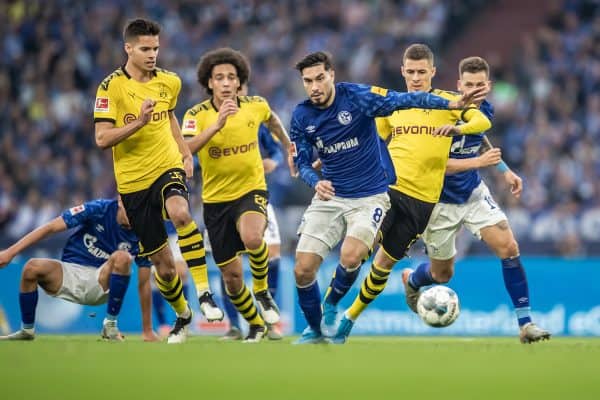 As it stands, the Bundesliga title race remains wide open, with at least four sides still in the chase with nine games left to play.

Bayern Munich, unsurprisingly, top the table, and they come up against mid-table Union Berlin on Sunday evening, as they aim to extend an 11-game unbeaten run in the league that includes 10 wins.

Just below them in second are Borussia Dortmund—a side Jurgen Klopp, naturally, maintains an interest in—and they kick off the weekend’s action with one of the Bundesliga’s biggest games: the Revierderby.

Hosting Schalke, their main rivals from the Ruhr, Dortmund can hope to keep up the pace at the top with a victory that will come, unfortunately, in the absence of the Yellow Wall.

“A Revierderby without fans makes your heart bleed. We will need a high level of personal motivation on Saturday without the supporters there,” Dortmund sporting director Michael Zorc explained.

“Everyone should watch the game at home, that’s very important for the restart.”

Third in the table are RB Leipzig, and their clash with Freiburg will be of particular focus to Reds owing to the presence of Werner, who is widely tipped to join Liverpool in the next transfer window.

Werner has scored 21 goals and laid on seven more in 25 games in the Bundesliga so far this season, but Freiburg are one of the only sides he has failed to score against.

Two other players linked with moves to Anfield this season are Milot Rashica and Kai Havertz, and they could also be worth watching as Werder Bremen host Bayer Leverkusen.

Perhaps most important is how smoothly things run, with games played behind closed doors and five substitutes permitted, as it could give an indication of things to come in the Premier League.

Clubs in England are effectively a month behind their German counterparts, and if the return of the Bundesliga proves a success it could be a major positive.

US viewers can watch a range of Bundesliga matches live across Fox Sport channels via the Fubo TV online streaming platform. Start a 7-day free trial of Fubo TV here. 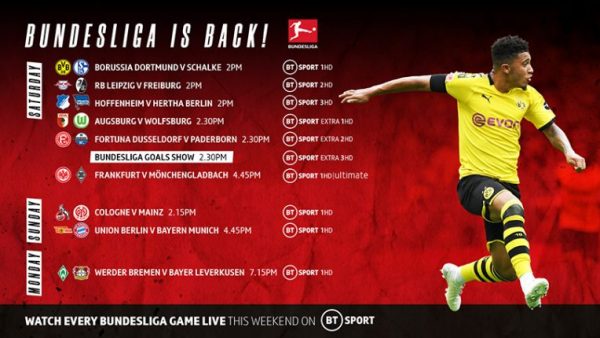