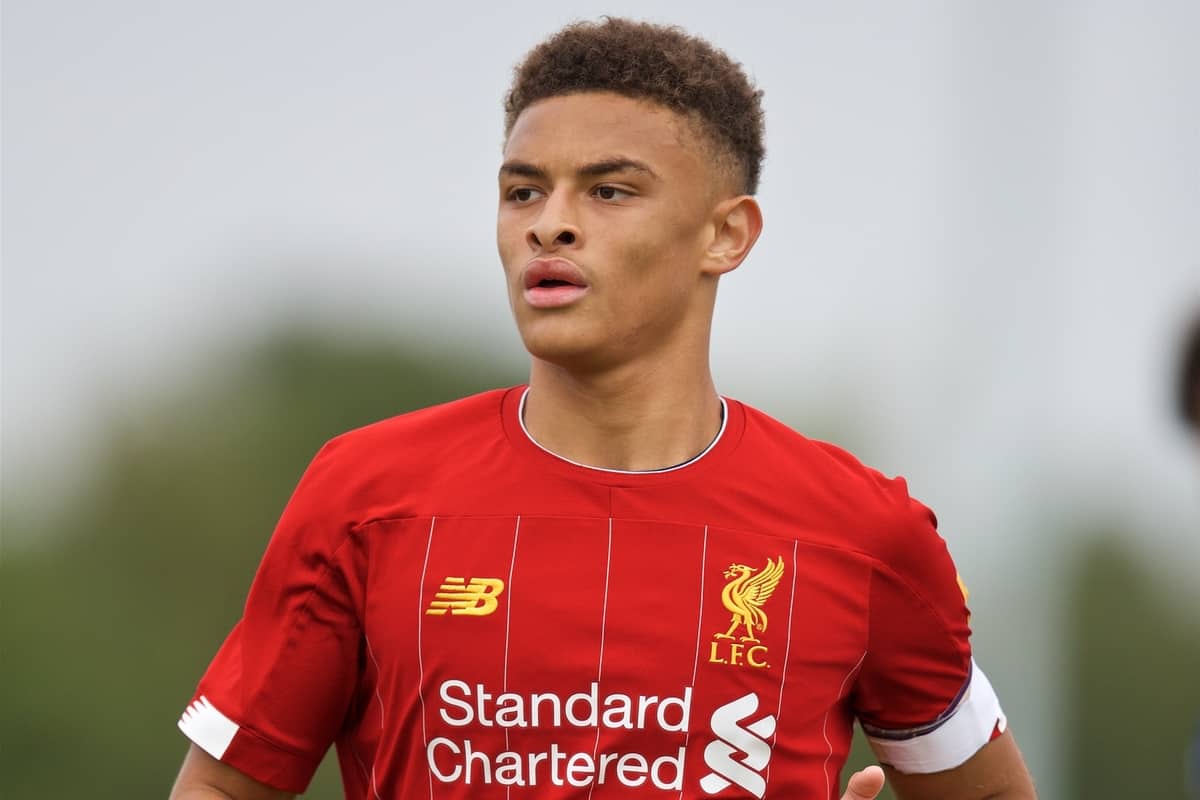 Liverpool under-18s captain Fidel O’Rourke has signed his first professional contract, and is looking to push on from here and “stay at this club for as long as possible.”

The Reds announced on Thursday that O’Rourke had put to paper on his maiden senior deal, having turned 18 in February.

O’Rourke follows Tom Hill and Layton Stewart in committing his future to Liverpool this year, and it should come as no surprise given his lifelong passion for the club and the unlikely route he took to get there.

It wasn’t until under-14 level that the striker was spotted playing for his school side, and having undergone trials with Tranmere and Burnley, the Reds’ offer came out of the blue.

With Paul Glatzel sidelined and effectively promoted to the first team, O’Rourke was given the captain’s armband by U18s manager Barry Lewtas last summer, but injury has hampered his campaign.

Nevertheless, the teenager still scored seven goals and registered two assists in 14 games for the academy this season, before it was unfortunately curtailed. 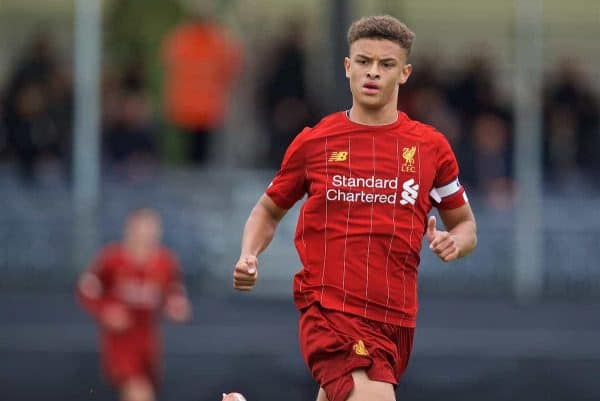 These are big strides for a player who was third-choice striker for the U18s last season, and his affinity with the club has made him work harder to reach the stage he has.

“It means an awful lot to me having come through the academy, because I joined quite late so I didn’t know whether I could do it at this club,” he told the club’s official website on signing his contract.

“But luckily enough for me I did and it means the world to me.

“Being born in Liverpool and supporting the club all my life, this just means everything to me and my family.”

O’Rourke referenced the promotion of Leighton Clarkson and Jake Cain to the under-23s midway through the campaign, and how it forced his side to “dig deep” as he imposed his leadership.

He could have even been a candidate to replace the duo, having previously played as a central midfielder, but O’Rourke is clearly settled as a striker with a lot to his game, as both poacher and provider. 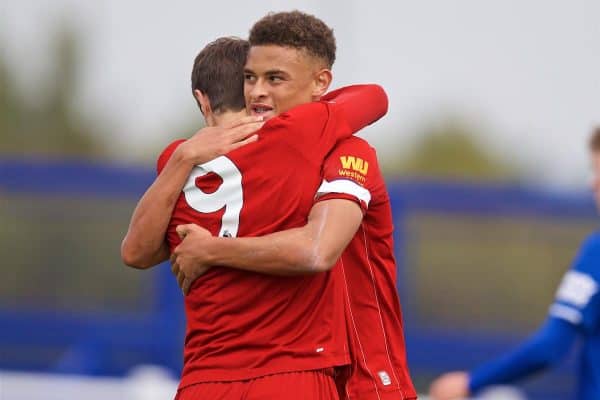 Finding consistency in his fitness will be a target, but that should come with age as he progresses through the ranks—with the youngster setting a lofty objective.

“We all want to try to better ourselves every day and try to get up to that next level,” he explained.

“I’m going to try to work as hard as I can. I want to stay at this club for as long as possible and try to impress.”

The combination of the first-team and academy training grounds into one facility in Kirkby, hopefully from the start of next season, will be a big step towards O’Rourke garnering the attention of the likes of Jurgen Klopp, Pepijn Lijnders and Vitor Matos.

Glatzel’s breakthrough, prior to his crippling ACL injury in pre-season, will be an encouraging sign for another local lad willing to give his all to make it at Liverpool.