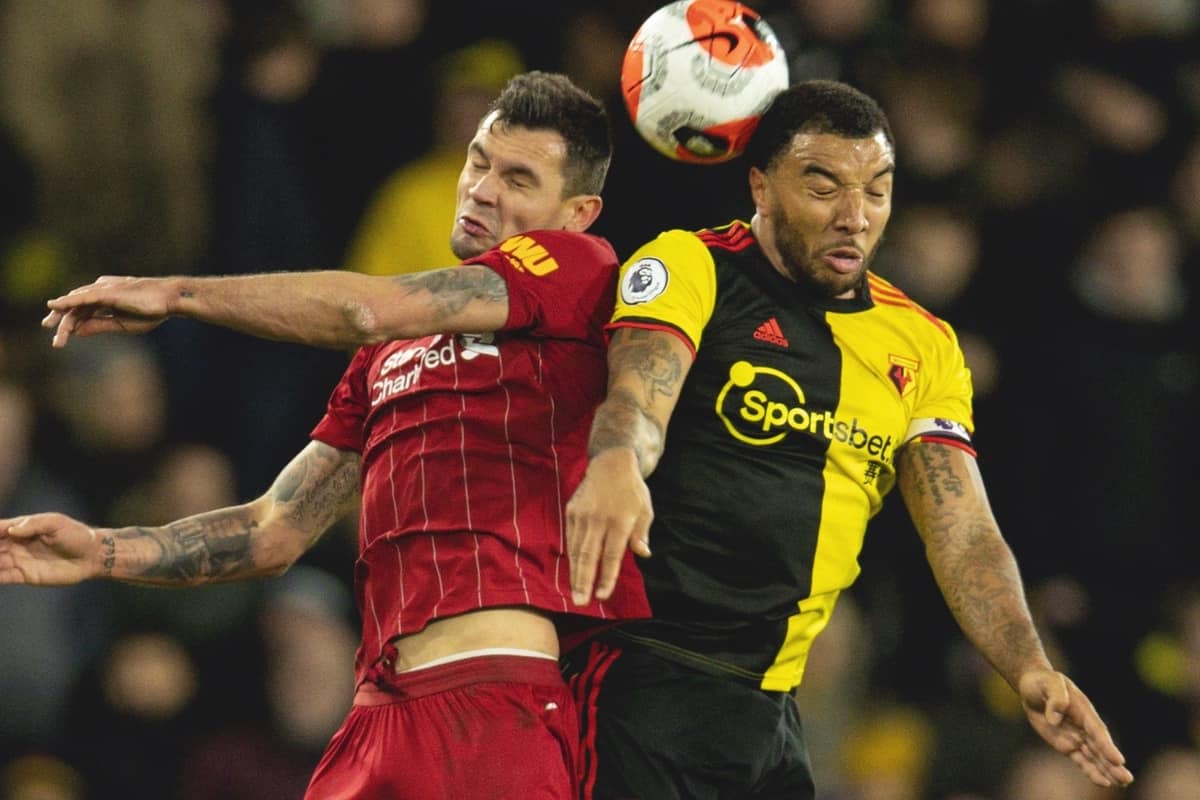 Watford striker Troy Deeney, a vocal presence in the Premier League‘s break, has claimed he “feels sorry” for Liverpool, as he believes their title triumph is “spoiled.”

Deeney has never been far from the headlines amid talks over the return of the English top flight, with the 31-year-old expressing his concern over training protocols.

He is yet to report back for sessions with Watford, but is now expected to rejoin his Hornets team-mates following productive talks with the government’s deputy chief medical officer, Jonathan Van-Tam.

With clubs now back in contact training, and the Premier League meeting on Thursday to discuss all manner of issues including their restart date, a sense of normality is being restored.

But Deeney feels, with sympathy for Liverpool, that a shadow will be cast over their expected title win, with the Englishman questioning the “integrity” of the season.

“I believe that when it comes to the integrity of this season anyway, it’s already gone,” he told CNN.

“But no matter how it plays out, even if we play all the games, it’s still going to be the year spoiled by the pandemic.

“It’s not going to be that year that Liverpool won the league being the best team and, you know, it’s 30 years they haven’t won for.

“So I do feel sorry for Liverpool and their players and Jordan [Henderson], but in terms of integrity, there’s no way you could say that this is a viable competition.

“It’s like running a marathon, 20 odd miles, stopping for two months and then sprinting the last bit and going: ‘Ah, that was a good time that.'”

Deeney is not wholly wrong, of course, as the 2019/20 campaign will forever be remembered as the one threatened by the coronavirus pandemic.

Rivals fans have suggested that Liverpool’s title win should be accompanied by an asterisk in the history books, which has been embraced by Reds supporters solely interested in the triumph itself.

But to question whether the Reds will be remembered as the “best team” is certainly flawed, as they are building a legacy under Jurgen Klopp that is marked by that 25-point gap over Man City.

There is certainly no indication that their levels will drop next season, either, and in fact Liverpool should only get better while their closest rival faces the fallout of a two-year ban from Europe.

Lifting the trophy in July may not be the “good time” that the Reds expected when they were on the brink of the earliest title win in history, but in no way is the integrity of their achievement up for debate.