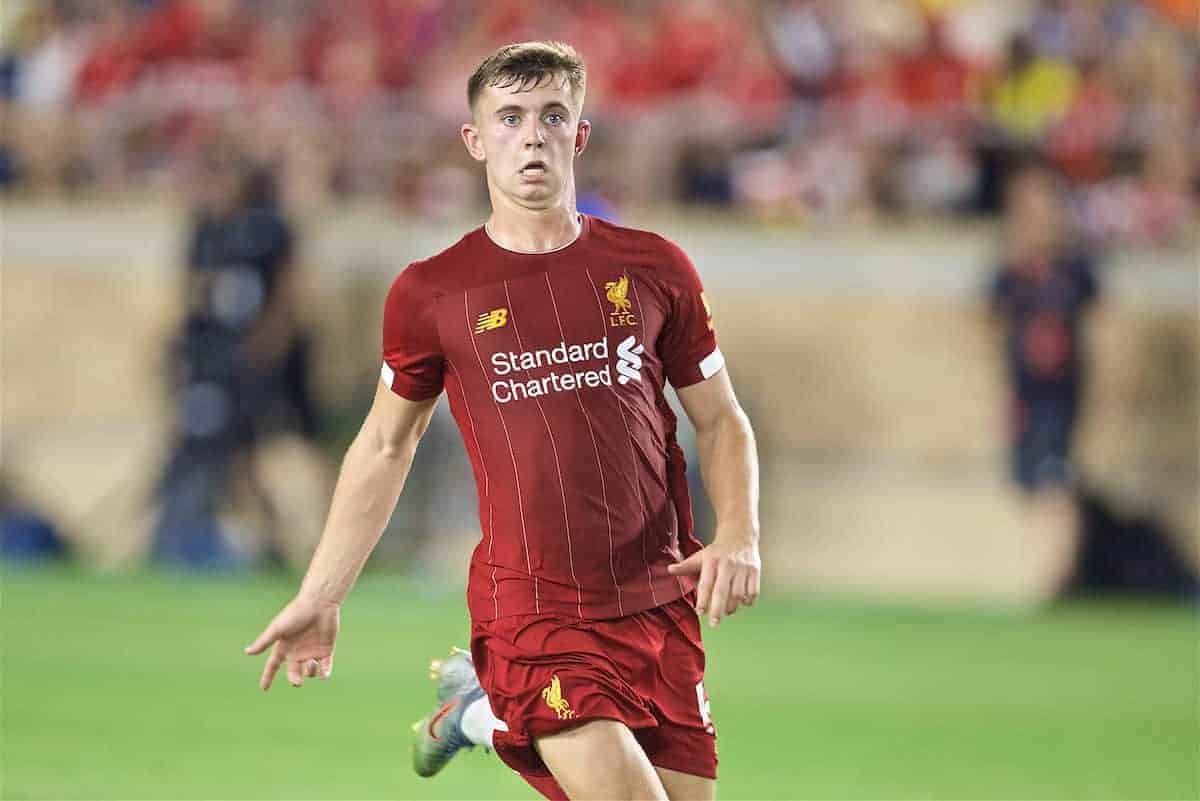 Ben Woodburn played his first game for Oxford United in seven months on Monday, and the Liverpool loanee marked his return from injury with a goal in a friendly loss.

It has been a dreadful season for Woodburn, following on from a frustrating campaign last time out, with the 20-year-old limited to just 13 appearances for the U’s so far.

Having broken both of his feet at separate times, the Wales international’s last outing for Oxford came in October, in a 2-2 draw at Accrington Stanley.

This ended a promising run in the side at the Kassam Stadium, having scored one and laid on five in those 13 games across League One and the FA Cup, establishing himself as a first-choice starter in an advanced midfield role.

It seemed as though Woodburn’s season, and in turn his spell with Karl Robinson’s side, would be over due to the suspension of football, but the English third tier is set to go ahead with promotion playoffs next month.

In preparation for their clash with Portsmouth on July 3, Oxford played a warmup friendly at Reading’s training ground on Monday, which marked the return of their No. 10.

Though it ended in defeat, with ex-Liverpool midfielder Charlie Adam helping the Royals to a 2-1 victory, it was Woodburn’s goal that gave the U’s hope of an upset against their Championship opposition.

He opened the scoring in the third of three 30-minute periods, which will have pleased his manager, former Reds youth coach Robinson, ahead of the restart.

Oxford are hoping to extend Woodburn’s loan deal into 2020/21, and if they seal promotion to the second tier it could prove beneficial to a young player who is making up for lost time.

Woodburn appears to have fallen out of favour at Liverpool, despite featuring in pre-season last summer, and a long-term move away from Anfield may be his best bet.

But another season with the U’s could allow him to find his feet as a senior professional on a weekly basis, as he aims to fulfil the potential that earned him a debut for the Reds as a 17-year-old back in 2016.

Liverpool have been open to allowing all of their loanees to stay with their temporary clubs for the remainder of the prolonged season, after which Woodburn could return to Melwood for preparations ahead of next term.