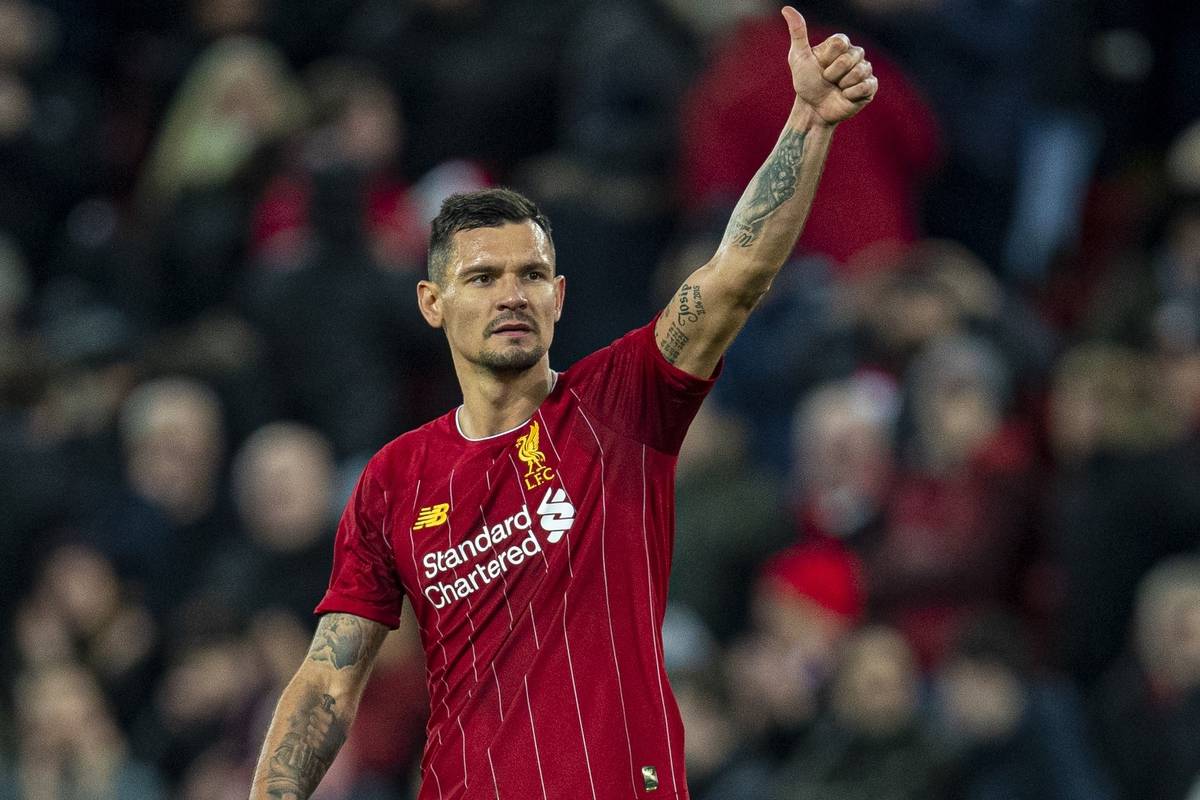 Dejan Lovren has reflected on the scale of Anfield ahead of the Liverpool’s return, and insisted they are focused on their “main target” despite the absence of fans.

The Reds are back in action on Sunday, with the Merseyside derby at Goodison Park, before their first game back at Anfield next Wednesday night against Crystal Palace.

If all goes well, Jurgen Klopp‘s side will clinch the title on either of those two days, with six points needed to guarantee triumph but only three required if Man City lose to Arsenal in midweek.

There is little pressure on Liverpool to get the job done early given their 25-point lead over City, but they will be eager to do so as soon as possible regardless.

Without fans, it will certainly be a different experience at Anfield, and ahead of another training session at the stadium on Sunday, Lovren took in the sights of empty stands that will become familiar over the coming weeks:

Today before training session I thought myself how massive this stadium is, today peaceful and quiet, but on match days on fire. Hopefully in the near future will play again in front of our supporters. It will not be the same without you, but we know what is our main target! YNWA pic.twitter.com/QZrFHApWc2

The sentiment is clear: the impact of a sold-out Anfield on Liverpool’s game is significant, and now Liverpool will need to adapt to playing in front of only their team-mates, opponents, coaches and stadium staff.

That “fire” of a roaring Kop will be lacking, but Jordan Henderson has already insisted “if you have the right mindset the intensity can be as high as you want it to be,” and Lovren signed off with a similar message.

Liverpool know their “main target” in the next nine games.

Firstly, and most crucially, it is to clinch the title; and secondly, they will be looking to finish the campaign as strongly as possible, and possibly with an all-time record points tally.

City currently hold that distinction, with their 100 points from the 2017/18 season, with Liverpool needing 18 more from a possible 27 to match that, and 19 or more to beat it.

Though it is a lofty target, the Reds are also 24 points off the all-time record across the English football pyramid, with Reading totalling 106 points from 46 games in the Championship in 2005/06.

The Reds have dropped just four points all season, and if they pick up where they left off that is not out of the realms of possibility—but it should certainly not be the focus at this stage.