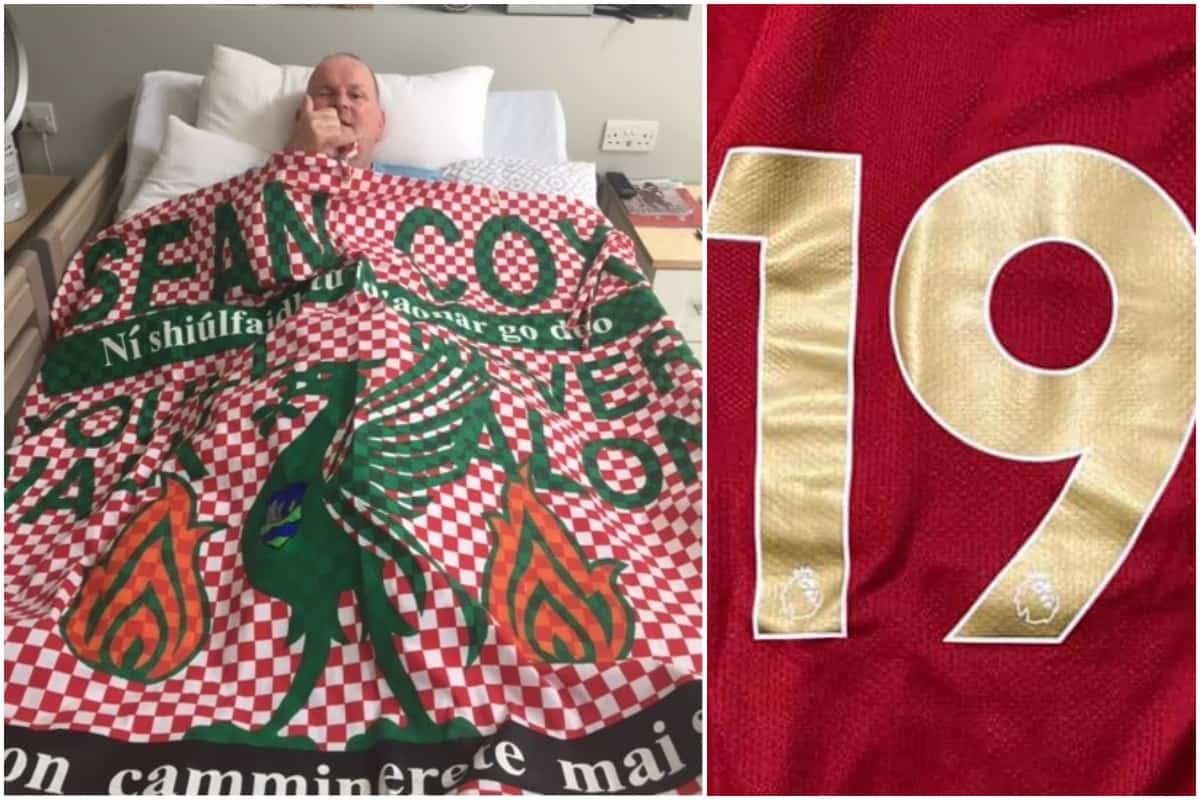 Amid the jubilation of being able to utter the words champions of England once more, Liverpool’s CEO Peter Moore was quick to remember Sean Cox as he paid tribute to the Irish Red and fans across the world.

Over two years ago Sean suffered life-changing injuries after being senselessly attacked prior to the Champions League semi-final against Roma at Anfield in 2018.

He has since received ongoing care and rehabilitation for a serious brain injury in both the UK and Ireland, where he returned home on a permanent basis for the first time this March.

And after Jurgen Klopp‘s side clinched the title after amassing an unassailable 86 points after just 31 games, Moore gave Sean a special mention not long after Man City fell to defeat at Chelsea.

“One man in Ireland is loving every moment of this…thinking of you this evening Sean. You’ll Never, Ever, Walk Alone,” he Tweeted.

One man in Ireland is loving every moment of this…thinking of you this evening Sean. You'll Never, Ever, Walk Alone pic.twitter.com/J1jCb3hTXj

“Number 19 is finally here. It’s for our millions of fans, near and far…we miss you,” Moore added.

“It’s for the Reds that fell to the virus. It’s for my dad, who first took me to Anfield in 1959. It’s for Sean Cox, smiling in Ireland right now. And it’s for the 96, who will never be forgotten.”

The scenes of joy and euphoria took over social media on Thursday night and Sean was one of millions who watched on as our club made history and his family, on his behalf, sent their congratulations to Liverpool.

“Sean couldn’t be happier for Liverpool being crowned champions and sends his love and congratulations to Jurgen Klopp and the entire club,” Sean’s family told Off The Ball.

“The Cox family are so delighted that Sean got the opportunity to go to Anfield on a couple of occasions earlier this season and meet many of his LFC sporting heroes.

“Liverpool FC is a huge part of Sean’s life and he hopes to be back in Anfield before long.”

It was a thoughtful act from the club’s CEO which would have meant so much to Sean and his family, and This Is Anfield continue to wish him and his family all the best.