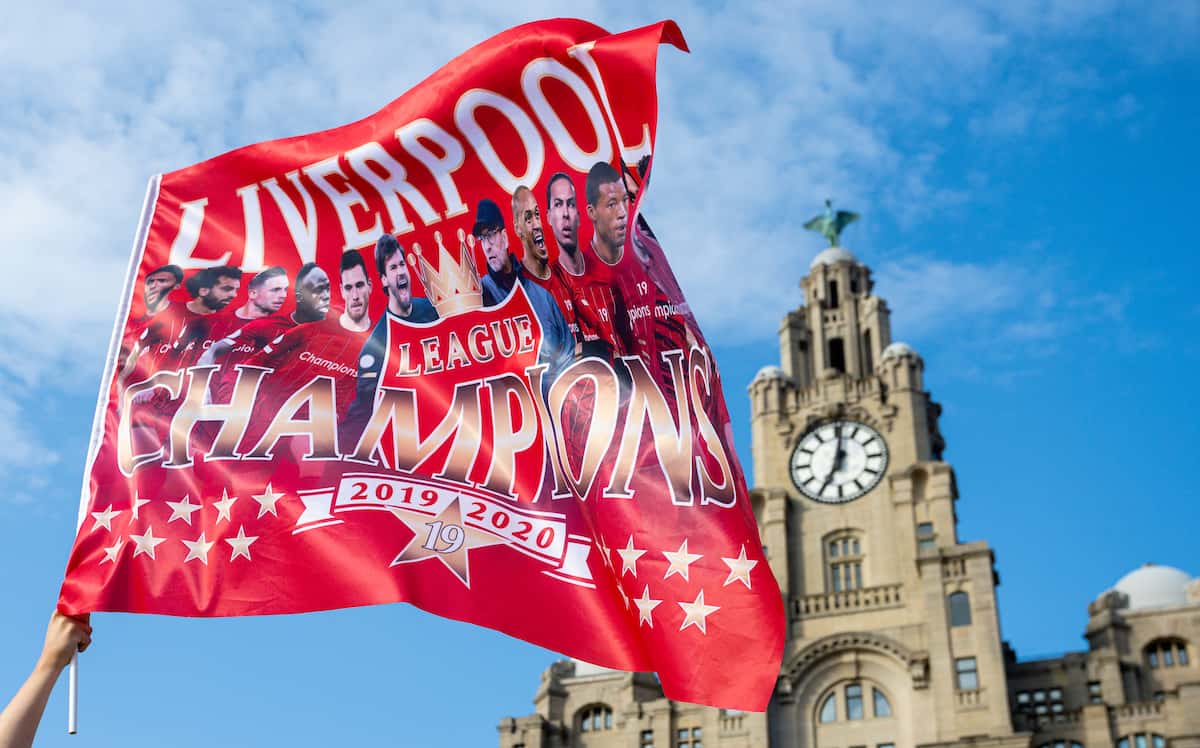 Liverpool have condemned the mass gathering of fans following the club’s title triumph as “wholly unacceptable.”

With the UK and the world still grappling with the coronavirus, social distancing remains in place and mass gatherings strictly off-limits.

But thousands of fans descended on Anfield on Thursday night in the immediate aftermath of Liverpool being confirmed as league champions for the first time in 30 years and again on Pier Head on Friday.

The latter saw shocking footage emerge of fireworks appearing to be launched at the Liver Building, starting a small fire.

The actions of destruction are of the small minority, but the mass gatherings in itself were condemned by the club after repeated messages to “Stay safe, support us from home.”

The club’s statement said: “Throughout the last week, Liverpool Football Club, Merseyside Police, Liverpool City Council and Spirit of Shankly have worked together to consistently remind people that the region is still disproportionately affected by the COVID-19 pandemic and ask people to celebrate LFC’s Premier League title win safely. 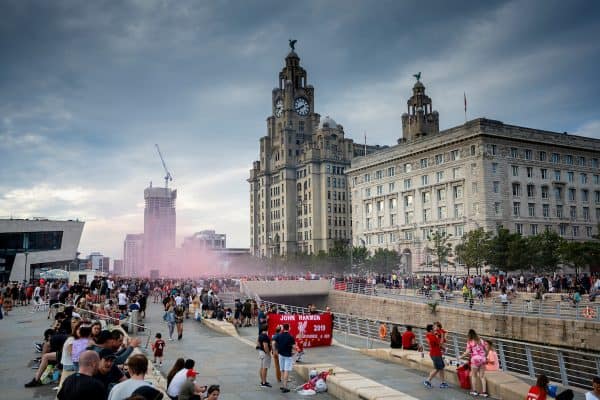 “Several thousand people turned up at the Pier Head on Friday June 26 and some chose to ignore the social distancing guidance and risk public safety.

“Our city is still in a public health crisis and this behaviour is wholly unacceptable.

“The potential danger of a second peak of COVID-19 still exists and we need to work together to make sure we don’t undo everything that has been achieved as a region during lockdown.

“When it is safe to do so, we will all work together to arrange a victory parade when everyone can come together to celebrate. Until that time, the safety of our city and our people continues to be our number one priority.”

While the government’s wish-washy guidelines and the scenes of gatherings on beaches across the country, for VE day and the exception made for Dominic Cummings give cause for argument, in addition to the desire to celebrate the long-awaited title, we are still in the midst of a pandemic. 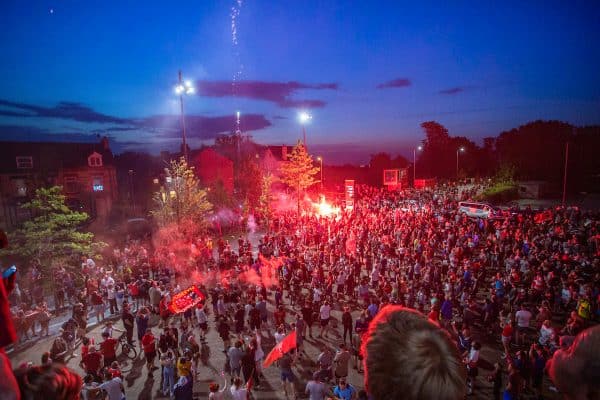 And after police were handed the power to disperse crowds around Liverpool’s city centre on Friday, Mayor Joe Anderson spoke to the Liverpool Echo of his disappointment for the show of disregard as many continue to battle and feel the effects of the virus.

“I actually have been quite emotional, I was in tears at one point watching some of those scenes,” Mayor Anderson said.

“I spent a lot of yesterday talking about what an incredible achievement this was for Liverpool FC and what it means for the city.

“And the vast majority of fans did the right thing and celebrated at home – but sadly this has been undermined by the actions of some.

“We wanted to tell everyone the story of what Liverpool FC has achieved – but sadly we have woken up to negative headlines about the city, I’m, just exhausted by it to be honest.

“We have more than 450 dead in hospitals from this virus in the city, there are people lying sick with it in hospital right now, it is just inexcusable for people to show such disregard for others.”

Yasser Larouci lands in Ligue 1 after 4 years at Liverpool