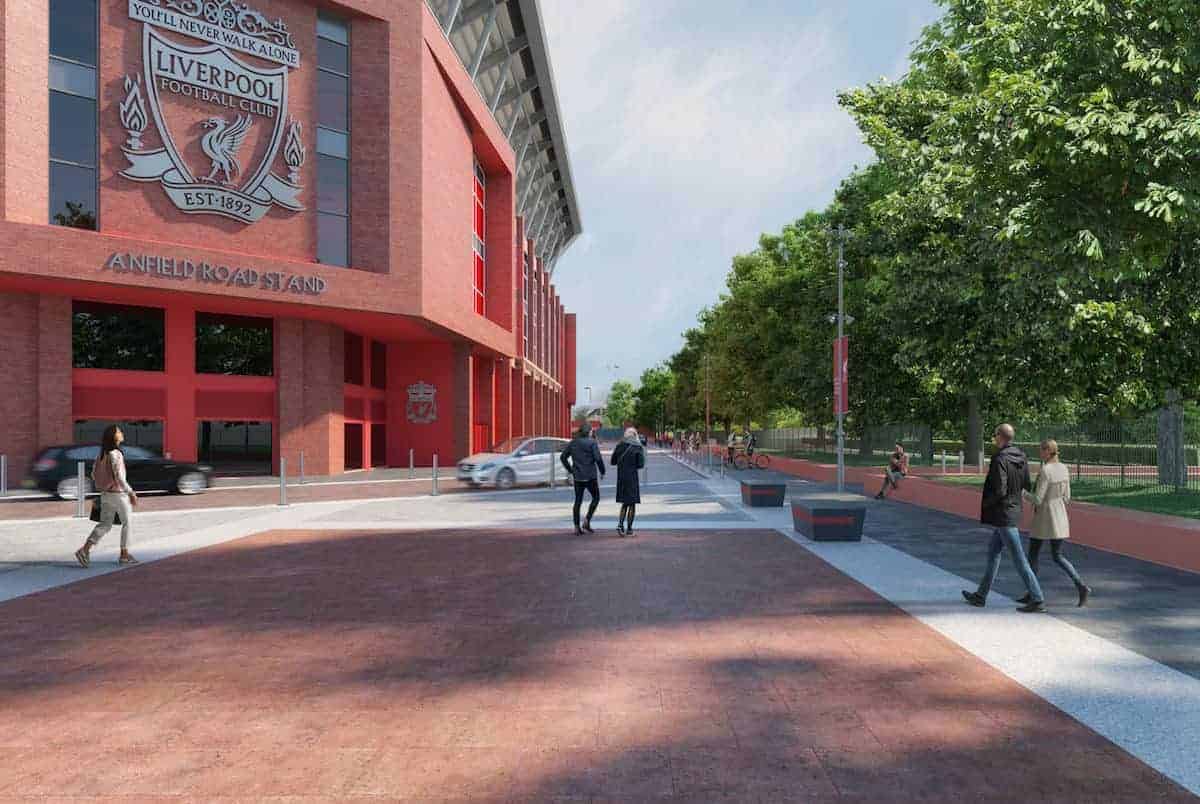 Liverpool still plan to go ahead with another extension to their stadium, though the Anfield Road expansion has been hit by delays.

The construction industry in general was hit early by the coronavirus pandemic, which dictated social distancing must be enforced while raw materials which needed to be shipped around were also delayed.

Liverpool’s training complex expansion at Kirkby, for example, was halted initially, though is now back underway with new protocols in place for most companies.

At Anfield, the same is true: the Anfield Road expansion looks set for a 12-month delay.

Chairman Tom Werner says the club are still going ahead with the expansion, but it’ll now be for the following campaign, 23/24.

Werner added that that the coronavirus has significantly impacted Liverpool’s earning potential, as much of their revenue is tied to matchday income.

However, the club’s finances and profits remain fully reinvested back into the club.

“Every pound that is generated, every time we increase things in a commercial sense, it enables us to invest not just on the pitch but off it too.

“We have a new training ground in Kirkby which is nearing completion and I’m very proud of the improvements that we made at Anfield with the new Main Stand.

“We restored the lustre without moving it. We were always aware of wanting to under-promise and over-deliver.”

The Main Stand has been a phenomenal success story and the impending move of the first-team training facilities to Kirkby should prove another stepping stone which helps the Reds progress in future.

If a marginal delay is the cost of having Anfield look even bigger and better in future, it’s a small price to pay for ongoing improvements of the club all round and FSG have continually proven capable of having a longer-term view of how to develop, and now hopefully sustain, success.