Liverpool were the only club to vote against the Premier League‘s ‘Enhancing the Broadcast Product’ proposals.

During the league’s regular shareholders meeting, the final decision saw 19 votes to one in favour of the proposal, which will see the likes of Sky Sports and BT Sport receive additional access for the remainder of the 2019/20 season.

Whilst ‘contentious demands’ for half-time player interviews and dressing-room cameras were righty rejected, increased time and access to managers pre-match have been given the green light following the vote.

According to Sportmail, Liverpool were the only club to vote against any increased access on “a point of principle.”

Their stance comes after confirmation that a £330 million rebate is owed to Sky and BT – due to contractual obligations not being fulfilled due to the suspension – in addition to the extra games they are receiving – meaning any additional access is not on the club’s priority list.

Other clubs were said to have also been “unhappy” with the rebate and supported the Reds’ stance, but it did not translate into a vote against the proposals. 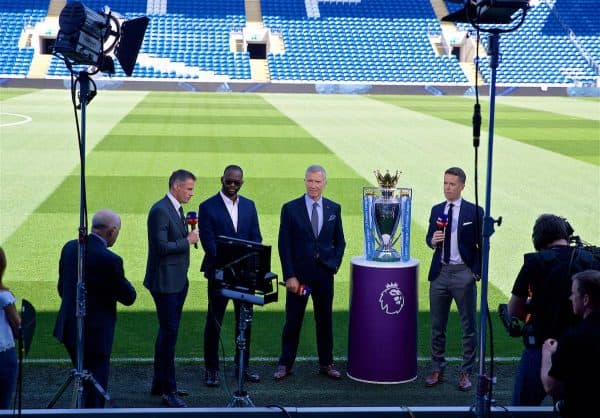 It does not come as a surprise that Liverpool would stand against such plans, with Jurgen Klopp having spoken strongly on the topic of behind-the-scenes footage after the half-time talk of RB Salzburg’s Jesse Marsch at Anfield emerged.

“If LFC TV would put out a video with me in a situation like that, I would leave the club,” Klopp said at the time.

Fly on the wall documentaries and a look inside the inner sanctum are off-limits under Klopp and the proposals would no doubt have looked to cash-in on Liverpool’s run-in to the title.

The English top-flight will resume on June 17, nearly 14 weeks after the season was suspended, with Liverpool to return to action against Everton on Sunday, June 21, with just six points separating them from the Premier League trophy.

A final decision on whether the game is to be played at Goodison Park or at a neutral venue is expected on Monday, a game which could see the Reds clinch the title should Man City fall to defeat against Arsenal on the first matchday.