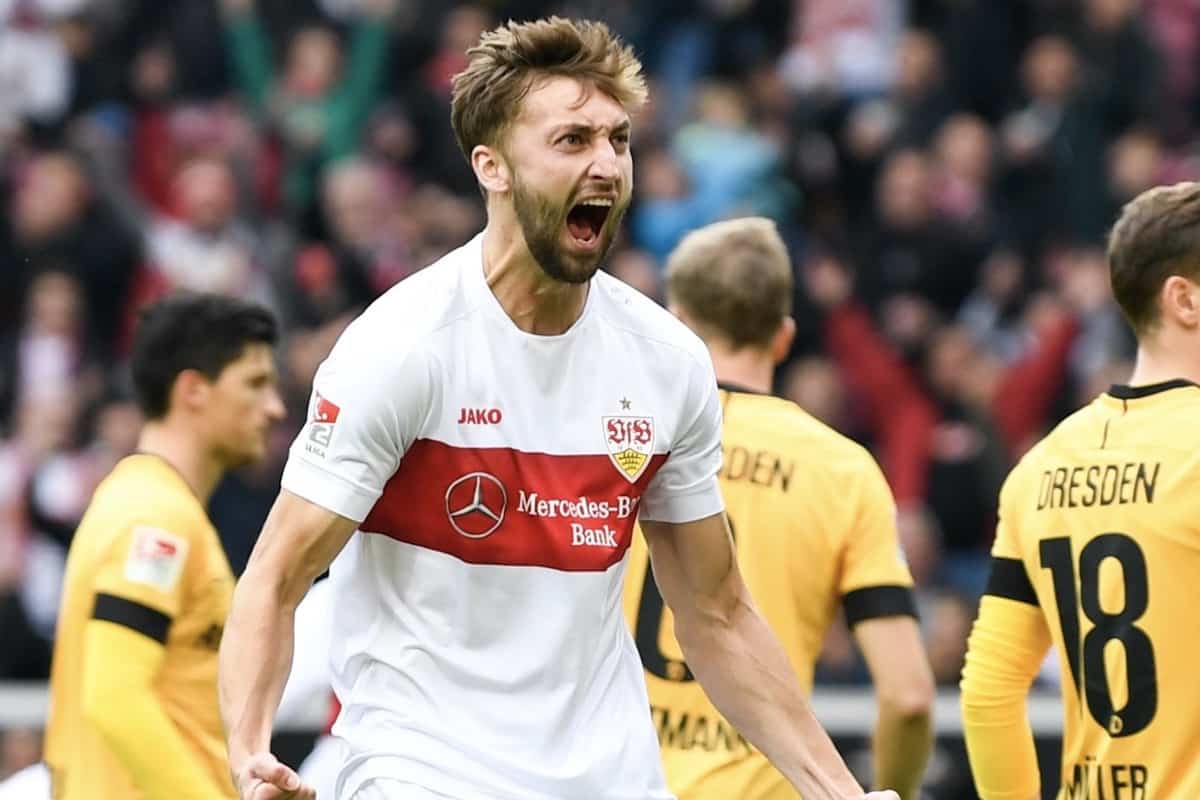 Nat Phillips‘ loan spell in Germany has come to an end with his temporary side Stuttgart earning promotion back to the Bundesliga.

The centre-back has spent the 2019/20 campaign out on loan, trying to earn senior experience and regular game time after several seasons in the Reds’ U23s.

Phillips had an unusual season—even by 2020’s standards—as he played out the first half-year in Germany, returned to Liverpool for a one-game appearance, then headed back to Stuttgart for the rest of the campaign.

That one match with the Reds was, of course, an FA Cup win over Everton at Anfield—not a bad occasion, as far as senior debuts for the Reds go.

But the majority of his time has been spent in Germany, where he has played 22 times in all competitions.

The last of those came on 17 June in a 5-1 win over Sandhausen, with Phillips missing the win over Nuremberg through injury and being an unused sub on the final day against Darmstadt.

Stuttgart needed a draw to secure promotion in second place, and despite losing 3-1 at home they will go up anyway after third-place Heidenheim lost heavily at table-topping Arminia Bielefeld.

In another old Liverpool link, one opponent of Phillips’ team on the day was sent-off in the closing stages: Victor Palsson, a former Academy midfielder who has ended up in Germany’s second tier after spells in Scotland, Netherlands and Switzerland.

Phillips’ best run of the season came when he played 10 of 11 league games between December and early March.

He hasn’t quite had the same regularity in the team since lockdown ended and football restarted, but still clocked up just over 1,600 minutes of action across all 23 matches he played in 19/20.

Phillips has one year left on his Liverpool contract but Stuttgart have already expressed an interest in keeping him longer.

At 23 years of age, a big decision lies ahead for the central defender to choose where to continue his career next term, be it at Anfield—where he would feasibly start off as fourth-choice at best—or elsewhere.