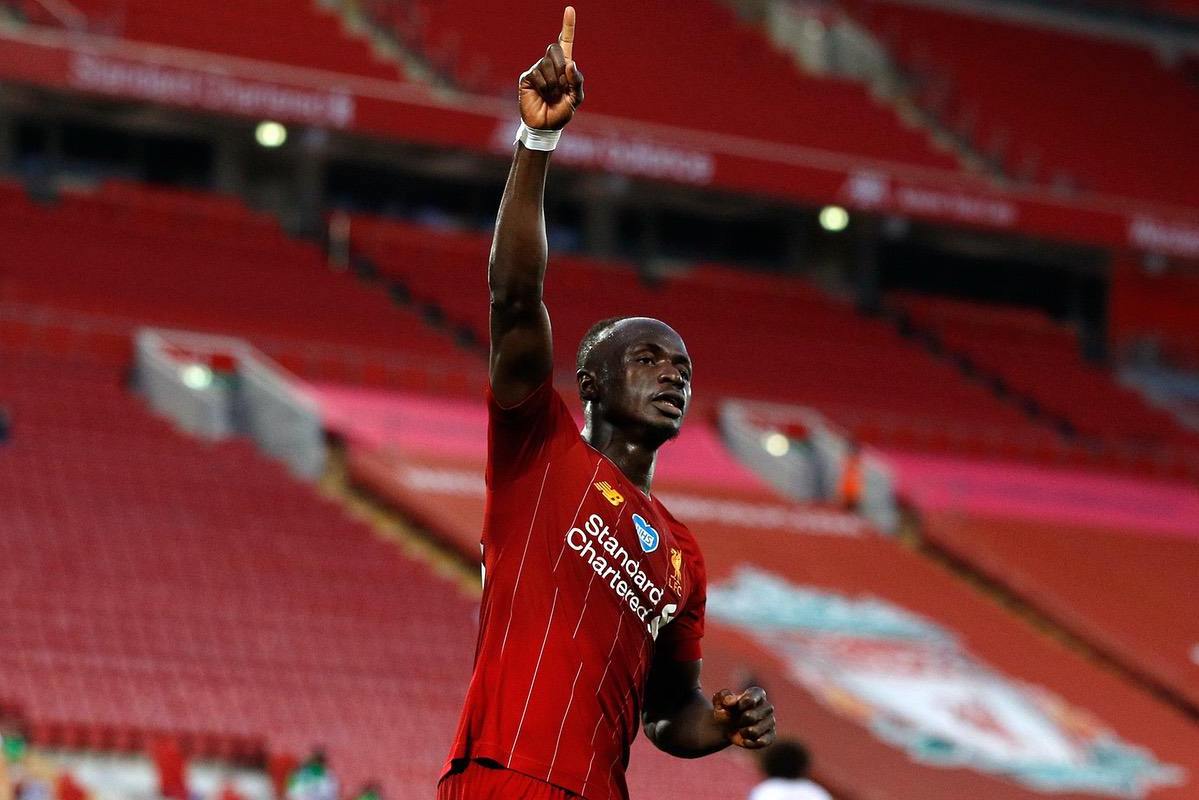 Liverpool were back in the goals to tip their tally over 100 as they emerged as 4-0 victors over Crystal Palace in the Premier League.

With just seven matchdays left in the 2019/20 season, Liverpool sit atop of the Premier League table with 86 points to their name after dropping points on just three occasions.

Jurgen Klopp‘s side have been the standard-bearers and while they were far from their best on their return to action against Everton, they more than made up for the lack of goals at Anfield as Crystal Palace were left to feel their wrath.

Two goals in either half paved the way for a scintillating three points which moved the Reds to within just two points of ending their 30-year wait for the league title.

Spirits are high and the anticipation is building as we all look to celebrate what has been a truly incredible season for Liverpool.

But before then, here are five key stats from Wednesday’s memorable victory.

It was a night of twiddling thumbs for Alisson as Liverpool shut Palace out with frightening efficiency.

For the Reds, it was only the second clean sheet in their last eight games but it was one which was clinched without the Eagles having even landed a single meaningful touch inside our penalty area.

Notably, it was the first time since Opta started acquiring the stat in 2008/09 that such a record has been achieved:

0 – Crystal Palace failed to record a single touch in the opposition box against Liverpool, the first side to do so in a Premier League match since Opta have full data for this statistic (2008-09). Distancing. pic.twitter.com/RwP8BUul3E

It coincided with the return of Liverpool’s formidable back five of Alisson, Trent, Virgil Van Dijk, Joe Gomez and Andy Robertson – all of whom had not started a game together since the 3-2 win over West Ham in mid-February.

With the Eagles then left to shoot from distance they never had a chance of finding the scoresheet and Alisson would no doubt have pulled out a save or two anyhow – but crucially, the clean sheet moves the Brazilian into the lead for the Golden Glove with 12 in 22 appearances.

Three Times a Charm for a Century

As Fabinho dinked the ball over the Eagles’ line and Mohamed Salah followed up to hit home, it not only moved the Reds out into a 2-0 lead, but it also notched the 100th goal of the season.

Further strikes from the Brazilian and Sadio Mane extended the total goals to 102 across all competitions after Trent opened the scoring, with seven games still to play this season.

Klopp’s side have been mesmerising in front of goal not only during the current campaign but the previous two years as well, as the Reds have now eclipsed the century mark in three consecutive seasons for the first time since 1986/87 – where they recorded the tally eight years in a row.

In 2019/20 to date, 70 of Liverpool’s goals have come in the top-flight, 15 in the Champions League, seven in the League Cup, four in the FA Cup and further six across the Club World Cup, Super Cup and Community Shield.

And there is certainly more in the tank as we move towards the finish line.

Mane simply loves inflicting misery on Palace, so much so that he’s done it nine times in 12 career appearances.

As a Red, Liverpool’s No. 10 has now sunk six against the Eagles after finishing off a sublime team goal in Wednesday’s rout.

In the reverse fixture, he became only the third Liverpool player to score in five Premier League games against a particular opponent, following in the footsteps of Michael Owen (Newcastle) and Luis Suarez (Norwich).

And now he has gone one better by becoming the 10th player in Premier League history to score in six consecutive league games against a single opponent, as per Opta:

10 – Sadio Mané is the 10th player to score in six consecutive @premierleague appearances against a single opponent, and the second to do so for Liverpool after Mo Salah v Bournemouth. Thorn. pic.twitter.com/OI9bQ19mIQ

The speedster now how 19 goals to his name in all competitions this season, two behind leading goalscorer Salah.

Fabinho Back in Business

Fabinho was nothing short of exceptional at Anfield having rediscovered the form seen prior to his injury late last year.

He dominated the midfield battle in what was his 50th Premier League appearance and steered the Reds towards another win – his 41st in Liverpool colours.

It is a record in the opening 50 league games beaten by only Didier Drogba, Arjen Robben, Ederson (all 42) and Aymeric Laporte (43).

A masterclass in everything you want to see in a defensive midfielder, with his break up play matched by his eye for a pass to set up Salah and his thunderstrike to make it three:

Simply incredible. You could hold a midfield workshop on these 93 minutes. pic.twitter.com/RcoufV5PUj

A clinical display and his timing was on point, Liverpool’s lighthouse is back shining brightly and leading the way.

The three points were significant in many ways, the most obvious being that we are now just two points away from glory – and we mightn’t even have to kick another ball to make it happen.

Liverpool have been leaving records in their wake throughout the campaign and they moved a step closer to another as they bid to win every home league game this season.

They have won each of their 16 to date and need to overcome Aston Villa, Burnley and Chelsea to become the first team since Brentford in Division 3 North in 1929/30 to win every home league game – and Sunderland were the last team in the top flight to achieve such a feat in 1891/92 by winning all 13.

And it is certainly not out of the realm of possibility, as the Reds are unbeaten at Anfield in their last 56 fixtures in the top-flight – winning 46 and drawing 10.

We are witnessing true greatness.