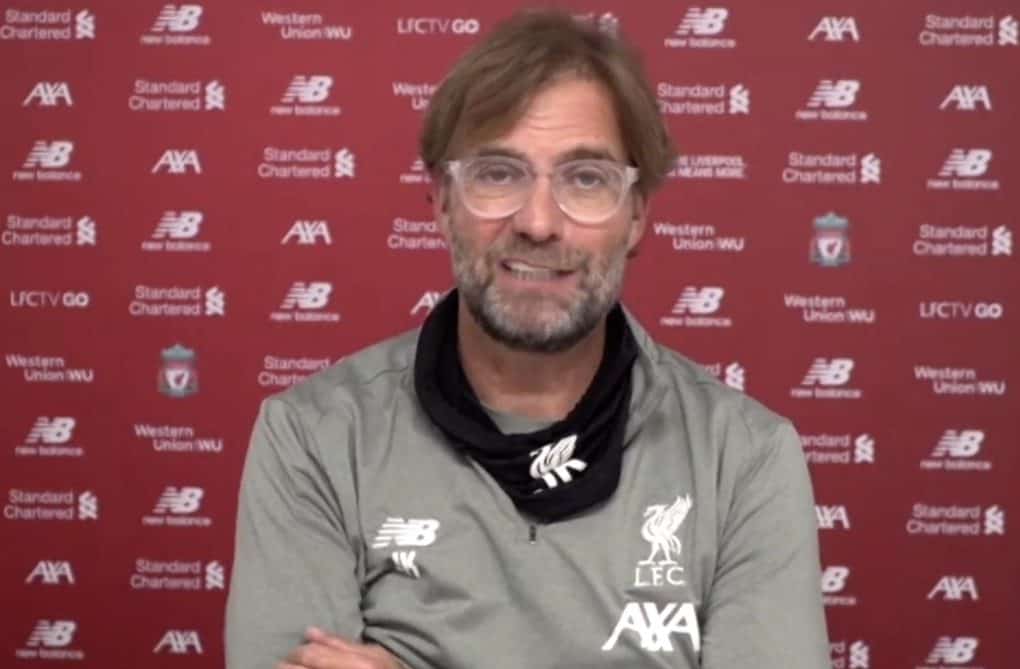 Jurgen Klopp held his pre-Everton press conference over Zoom on Friday, and discussed a “different” Merseyside derby, the fitness of his squad and Takumi Minamino.

The manager sat down with journalists via video link two days before the Reds’ trip to Goodison Park, fielding questions for the first time since the beginning of March.

Much has changed since then, but Liverpool’s pursuit of the Premier League title has not wavered, and speaking at his press conference, Klopp reiterated that despite the “different” circumstances such as empty stadia.

“We’ve known for a while already that we have no supporters, so I answered the question pretty much every day,” he said.

“My answer cannot change: it’s all different, but we cannot change that. So we have to use the circumstances, not suffer from that.

“That means there’s a game between Everton and Liverpool, which is still a derby and important for both teams for different reasons, and that’s what we are looking forward to.

“The circumstances are like they are, we try to get used to it during the training period now, with playing one proper test game against Blackburn and two internal. 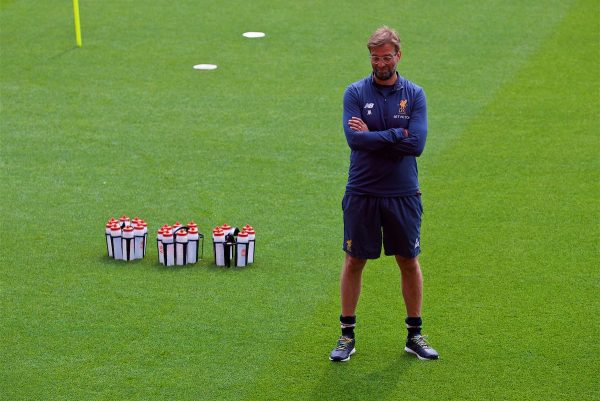 “When we all started playing football it was without crowds. If I play, it’s not often but from time to time, it’s without a crowd and I still want to win.

“That’s exactly how it is. It’s not the perfect situation, but it’s as good as possible, so that’s what we are preparing for.

“I will not miss it during the game, because I know already that it’s not there. But I’m really looking forward to when the crowd will be back, I can tell you.”

Klopp also discussed Timo Werner’s move to Chelsea and possible injuries to Andy Robertson and Mohamed Salah, insisting that “none of them are ruled out for Sunday” despite missing training.

He also delivered a powerful message on the Black Lives Matter movement, and spoke about how the extended time off—”the longest pre-season I’ve ever had with any Liverpool side together”—could benefit certain players.

Minamino was one of those, and the Japan international is among the players who could be considered for a starting berth as Liverpool embark on a new-look Premier League on Sunday.