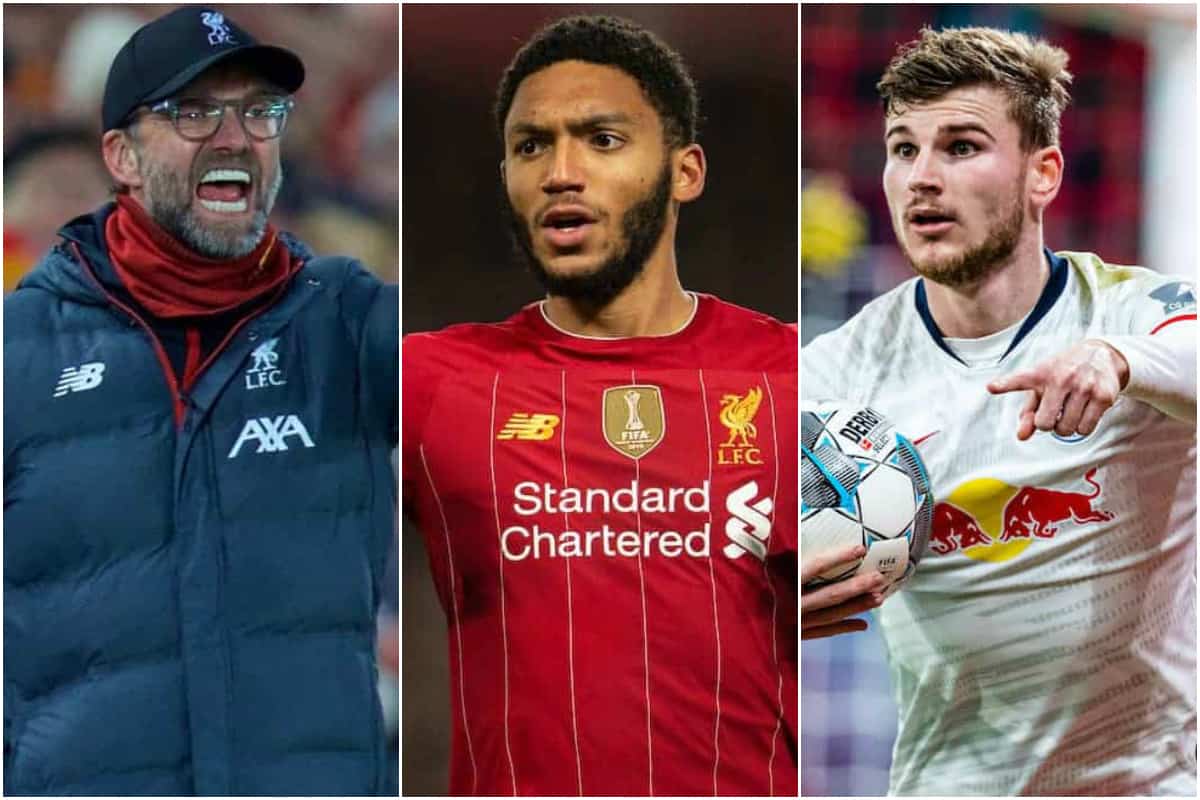 Liverpool and their Premier League rivals received confirmation of an expanded subs bench for the rest of the season, while there are mixed reports over moves for forwards.

The Premier League is back!

According to widespread reports on Thursday evening, the Reds’ first game back in the Premier League—away to Everton—will be held on Sunday, June 21, kicking off at 7pm.

Both the Times and the Mail have covered the leak from the top-flight shareholders’ meeting on the same day, which also revealed Liverpool’s following two fixtures.

The visit of Crystal Palace is claimed to be set for Wednesday, June 24 and the trip to Man City will be on Thursday, July 2, with both 8.15pm kickoffs.

Though the Premier League are yet to confirm the news, it is highly likely these are the dates now agreed.

One forward being tracked, one not

The Reds are always on the hunt for talented youngsters who can be brought into the club, nurtured and coached the right way and then brought through into the first team.

It doesn’t have to be a waiting period of three or four years to make an impact at Anfield, either, as last summer’s arrival Harvey Elliott quickly showed and even surprise January signing Tom Hardy made his senior bow in the FA Cup.

Now the Reds are eyeing up Ricky-Jade Jones, a 17-year-old striker already playing with Peterborough in League One.

Sky Sports report that a host of top teams are tracking the youngster, who is yet to score in the league but did net in the FA Cup against Burnley, and who has been compared with Jamie Vardy for his incredible pace—he runs the 100m in 10.9 seconds—and style in leading the line.

However, yesterday’s rumours of a loan move for Ousmane Dembele appear wide of the mark.

The Reds have not made any bid, nor plan to at this point, for the frequently injured Barcelona winger who is also being tracked by Juventus.

Liverpool’s transfer chase of Timo Werner is widely known, but one journalist claims the process is further down the line than most.

Ian McGarry, speaking on the Transfer Window podcast, says that rumours of other clubs bidding for him are false and that the Reds have actually agreed terms.

“[Other clubs] have been told by the player’s representatives that a deal is effectively done to Liverpool…and effectively they would be wasting their time.

“The reason that these rumours have been circulated, is because RB Leipzig are concerned they will not achieve the €60m [fee].

“Liverpool have failed to offer the clause of €60m, on the basis that they believe the player can be gotten for a smaller price when the market reopens officially.”

If that’s the case, we can expect news of a lower bid for Werner to emerge in due course, perhaps bringing this long-running saga one step closer to ending.

UPDATE: Reports on Thursday evening suggest Werner has agreed a deal with Chelsea.

Academy to first-team, step by step

Liverpool’s youngsters have every reason to be hopeful of being given opportunities these days, right from their first years with the club. 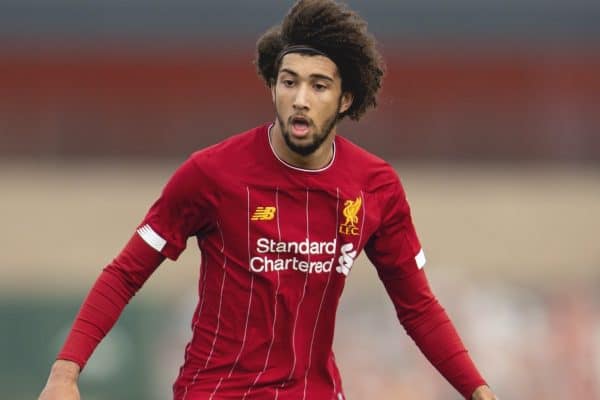 Stupid transfer approach of the day

If you’re wondering how Spurs fell from Champions League finalists to battling for a top-six finish so fast, here’s a good indication: Spanish media suggest they won’t bring in Coutinho on loan because his wages are too high and other players might complain.

Happy five-year anniversary to our vice captain and No. 7!

Five years ago, Liverpool signed this man on a free transfer ? pic.twitter.com/g7nQKFEpZP

An interview with Joshua Kimmich on playing without fans, another Bundesliga title and the changes the squad have to deal with, in the Guardian.

And Sid Lowe writes for ESPN just exactly how Phil Coutinho went from sought-after record signing to the man no top club wants.

Portuguese action take your fancy? Sporting CP are the team to watch tonight, against Vitoria Guimaraes at 9:15pm. Or, as we like to call it, the battle of the former LFC U23 stars: Joao Teixeira against Rafa Camacho.