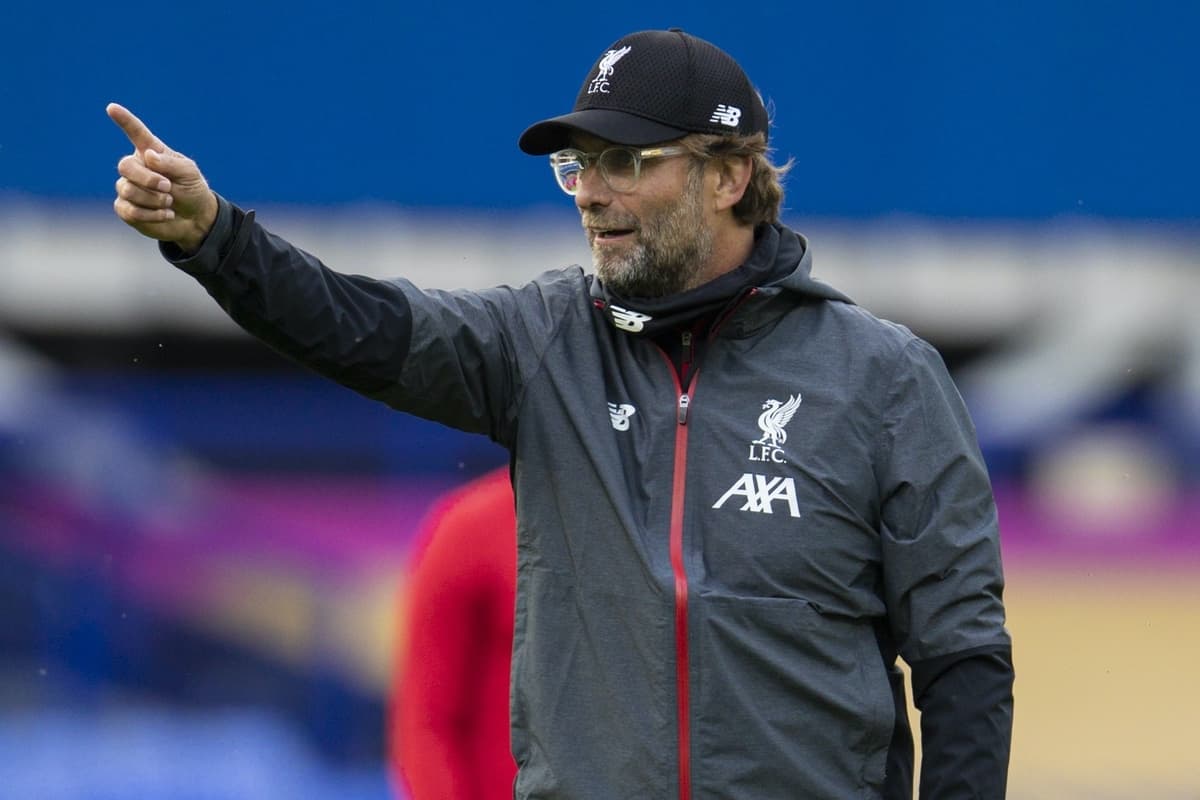 Despite Sunday evening’s disappointing 0-0 draw with Everton, Liverpool can still win the Premier League title this week – but they’ll need a favour from Burnley for it to happen.

Jurgen Klopp‘s side could have confirmed their 19th league title with wins over Everton and Crystal Palace this week, but now they’ll need Burnley to get a result against City.

If Burnley, who play at Man City on Monday evening, get a draw or a win, then Liverpool can secure the title with victory over Palace at Anfield on Wednesday evening.

However, should Man City win on Monday, then the next opportunity for Liverpool will be against City on Thursday, 2 July.

That game is due to take place at the Etihad Stadium, but a decision won’t be made until it’s known if the title can be won then or not.

Defeat in that game would see it go to the next home game, against Aston Villa on Sunday, 5 July.

For Liverpool, the 30-year wait goes on and it now looks like it will be July before the title is finally won.

Talks had taken place between Liverpool and the Premier League for the trophy to be presented at Anfield on Wednesday, but the champagne now looks set to be put on ice.

Securing the title this week would also mean a guard of honour from City in that match on July 2, when the old champions welcome the new champions.