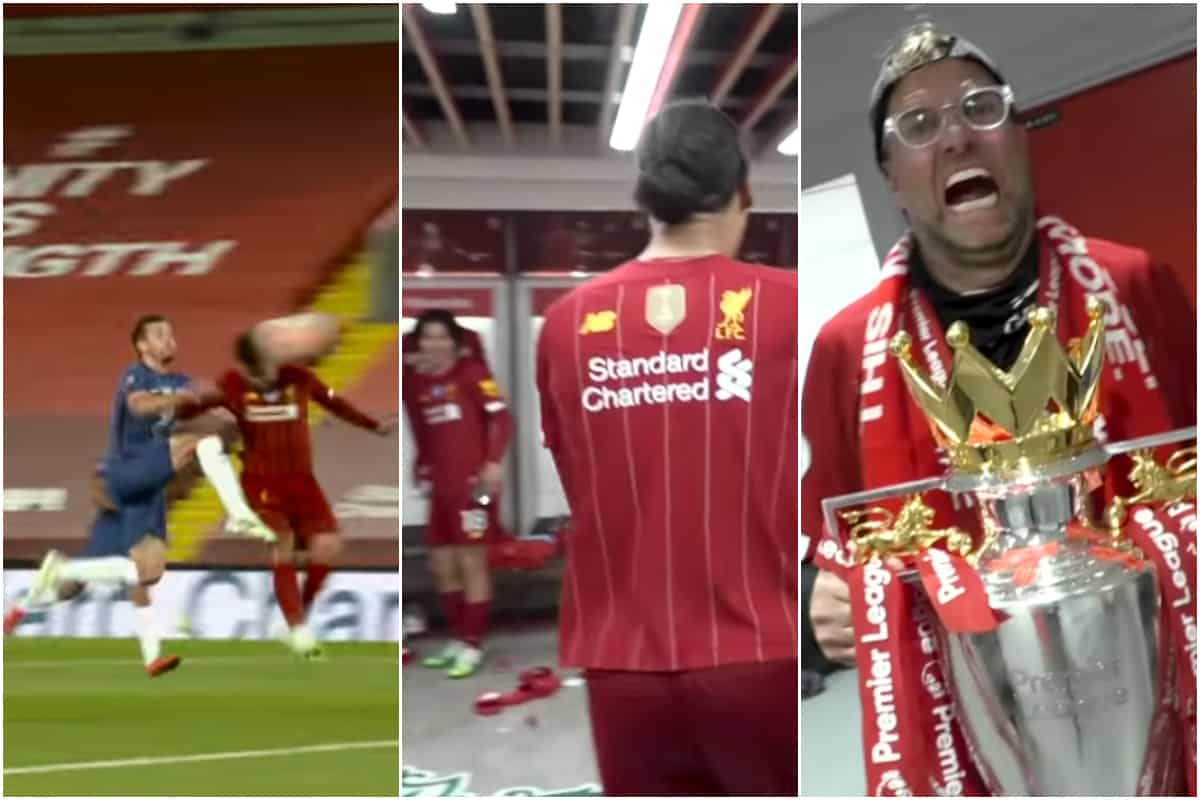 Liverpool beat Chelsea on Wednesday and then lifted the Premier League trophy; now a look behind the scenes reveals what went on in the build-up and the party.

Our 30-year wait for a league championship title finally came to an end as Jordan Henderson got his hands on that last piece of silverware.

LFCTV’s unseen footage series has given us a great look at what goes on in preparation for events and things you might have missed during games – and that’s even more pertinent on this occasion.

It’s far from just the 90 minutes we had our eyes on here, but all the brilliant work which went into enjoying one hell of an afterparty, too.

We should have known it would be a high-scoring game, looking at the finishing in the warm-up!

Plenty of strikes from the front three were cleanly struck, giving Alisson and Adrian no chance…particularly Bobby Firmino’s efforts, who would of course go on to break his Anfield duck during the 90 minutes.

Lots more to come next season! 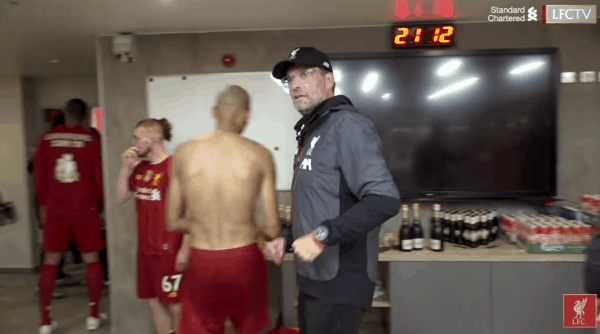 We knew this one, right?! The 90 minutes was all about showing our quality and producing something of a scene-setter – letting the lads start the night in a positive and celebratory frame of mind.

They did that with the win and headed back to the dressing room to start the party…which was absolutely going to be happening one way or another.

As soon as the Reds returned, the music was on, Virgil got the dancing started and just look at the table behind Klopp filled with beers, champagne and other nice treats!

There was no stopping that party.

Careful on the knee!

We all wanted to see the Jordan Henderson shuffle before the trophy lift – and we got it.

But Hendo has since acknowledged that the club medics were a little apprehensive over him doing so, only for the players to overrule it and tell the skipper to give the fans what they wanted.

The captain managed it, but watching back the video it’s clear that it’s a lot more of a careful, low-intensity shuffle than had previously been the case, as well as him needing to watch his step getting up on the dark platform and over to the boys.

Well done, captain – now rest up, and get ready to defend that trophy next season!

After the game, though, the pyrotechnics display was absolutely massive – the video above shows the view from outside the stadium, with the fireworks party looking about twice as big as Anfield itself.

An enormous show of red strength. 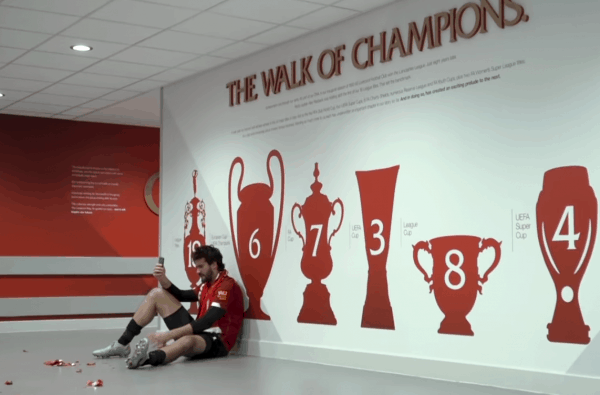 The harmony and togetherness of the squad is quite incredible, and is absolutely part of the reason we’ve been able to achieve so much success.

But just as Klopp refers to the team behind the team – his staff – so too do the players have that second support system: their families who enable them to do such a constantly terrific job.

Alisson made a point of video calling his own loved one after the Champions League win last June and he looks to have done the same here – as, no doubt, many of the others did to friends and family all over the world.

As events this year have shown, being together is the most important thing of all, even when we are forced to be apart.