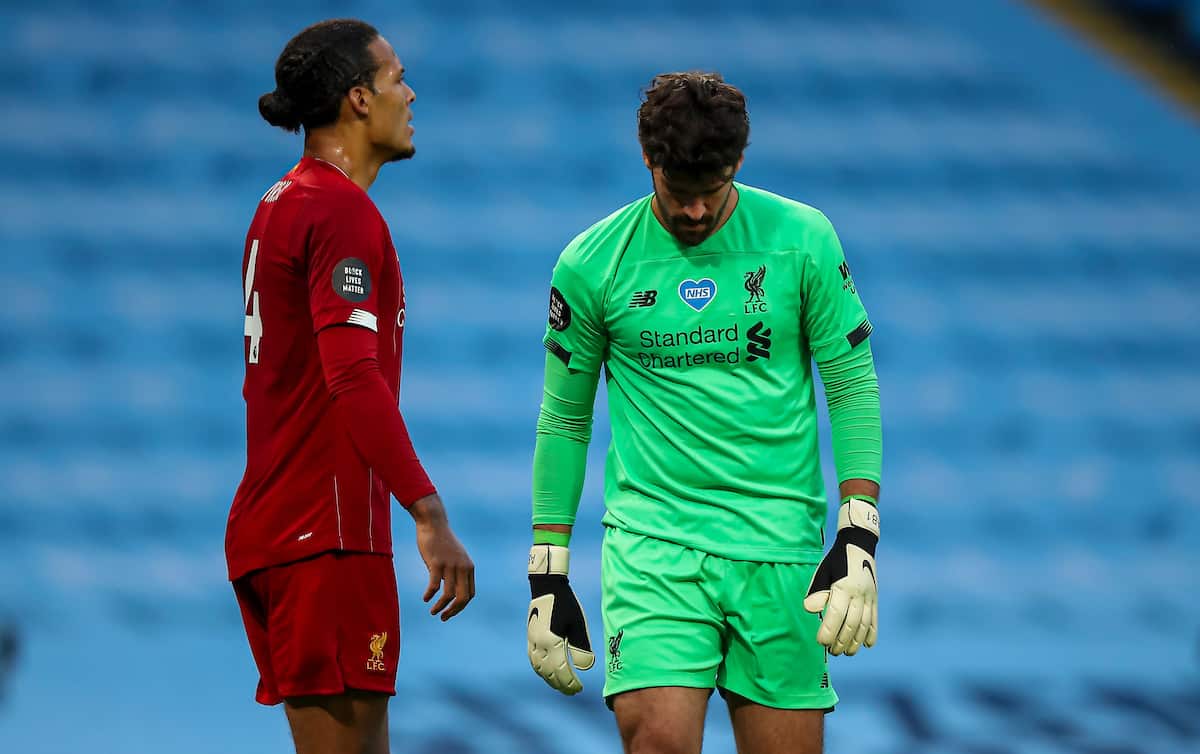 Liverpool were given a sound 4-0 beating at the hands of Man City on Thursday, as their post-title-winning celebrations played their part.

A Stinker for Defensive Duo

It was always going to be interesting to see how focused Liverpool were at the Etihad, with Jurgen Klopp promising a good performance from his team.

After their much-deserved guard of honour—shame it wasn’t in front of a crowd—things went rapidly downhill, though.

The opening 20 minutes may have been even, but it didn’t take long before the rustiness shone through and the weekend drinking appeared to be taking its toll.

Two figures struggled, in particular: Joe Gomez and Andy Robertson, both of whom still appeared to have Show Me Love ringing in their ears.

Gomez got the ball rolling in terms of the Reds’ capitulation, sloppily conceding a penalty after a tussle with Raheem Sterling, before being turned by the ex-Liverpool man for the second goal.

He was substituted at half-time, which spoke volumes.

As for Robertson, he was the worst of the lot, recklessly jumping into tackles, not least for Phil Foden’s strike, and looking completely off the boil with the ball at his feet.

Both players have been wonderful performers this season, and integral to their side’s success, but this was their worst showing of the campaign.

City Will be Back

The manner in which City have fallen apart in the title race has been a huge surprise, with eight defeats in 32 matches a very poor ratio.

Pep Guardiola’s men remain a wonderful team, however, and this was a night in which they showed they won’t be going away in 2020/21.

The hosts were ruthless in dispatching of some questionable Liverpool defending, whether it be the sensational Kevin De Bruyne, unplayable Sterling or hugely exciting Foden.

Once the dust settles, this isn’t a result that will have a big effect on either side, but the chances of City putting together another mediocre season next time around looks highly unlikely.

Against every other team in the Premier League, the Reds could easily have won despite their weekend excursions—City are no normal outfit, though.

Guardiola is a winner, as are his players, and Liverpool will have to be exceptional again to defend their league crown.

No Need For An Overreaction

Liverpool losing any game of football is never pleasant, but defeat in a match when they’ve already won the league shouldn’t cause a meltdown.

Perhaps some kidded themselves that we would see a vibrant Reds team still 100 percent focused, but they are human beings and their intensity understandably escaped them on Thursday.

It is no secret that Liverpool’s players enjoyed a few days of celebrating and there can be no denying that it took its toll on the performance.

As the minutes passed and the task became harder, the previously superhuman effort levels were nowhere to be seen, and the second half ended up being a non-event.

Liverpool did their best, of course, and with better finishing they could have been in front, but we should not begrudge them a night off.

Five away matches without a goal does have to be considered something of a concern, though—that hasn’t happened since Graeme Souness’ ill-fated reign during the early 1990s. 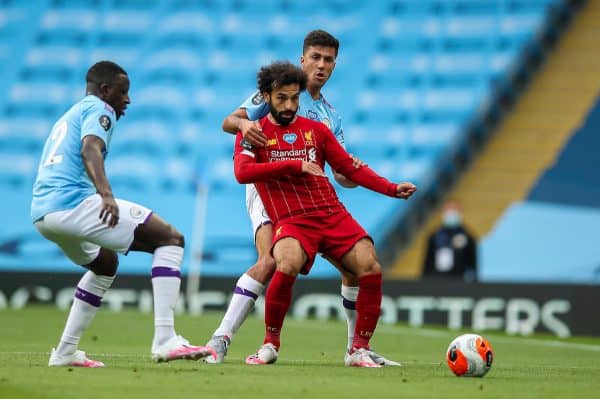 Liverpool’s main incentive between now and the end of the season is to beat City’s Premier League record of 100 points.

Their remarkable consistency merits them achieving that feat, but Thursday’s hammering has now made it tough.

Maximum points between now and the final match against Newcastle will see a stunning 104 points recorded, but just how driven will the Reds be to do it?

This could be a chance for Klopp to rotate his squad and allow youngsters such as Curtis Jones and Harvey Elliott to gain enough appearances to earn a winner’s medal, while the manager could even treat these next six outings as a mini pre-season.

With matches against Arsenal and Chelsea to come, a vastly improved showing, both defensively and going forward, will be required to eclipse City’s record.

They are more than capable of it, but Thursday’s evidence suggests it will take a mammoth effort.

Next up for Liverpool is Sunday’s visit of Aston Villa, as the Reds aim to preserve their three-year unbeaten home run in the league.

It would be an overreaction to say that Klopp and his players will be hurting after their City loss, but this is still a proud bunch of individuals.

Klopp will demand an improvement, both from the team as a unit and from certain individuals, and Villa may be arriving on Merseyside at the wrong time.

Dean Smith’s side are fighting for their lives in the relegation battle, so if a similar level of lethargy is shown by Liverpool, they could be caught out.

If the Reds up their quality and focus noticeably, however, don’t be surprised to see Villa on the end of a beating.

In their first game back at Anfield as champions, a resounding win would be fitting.