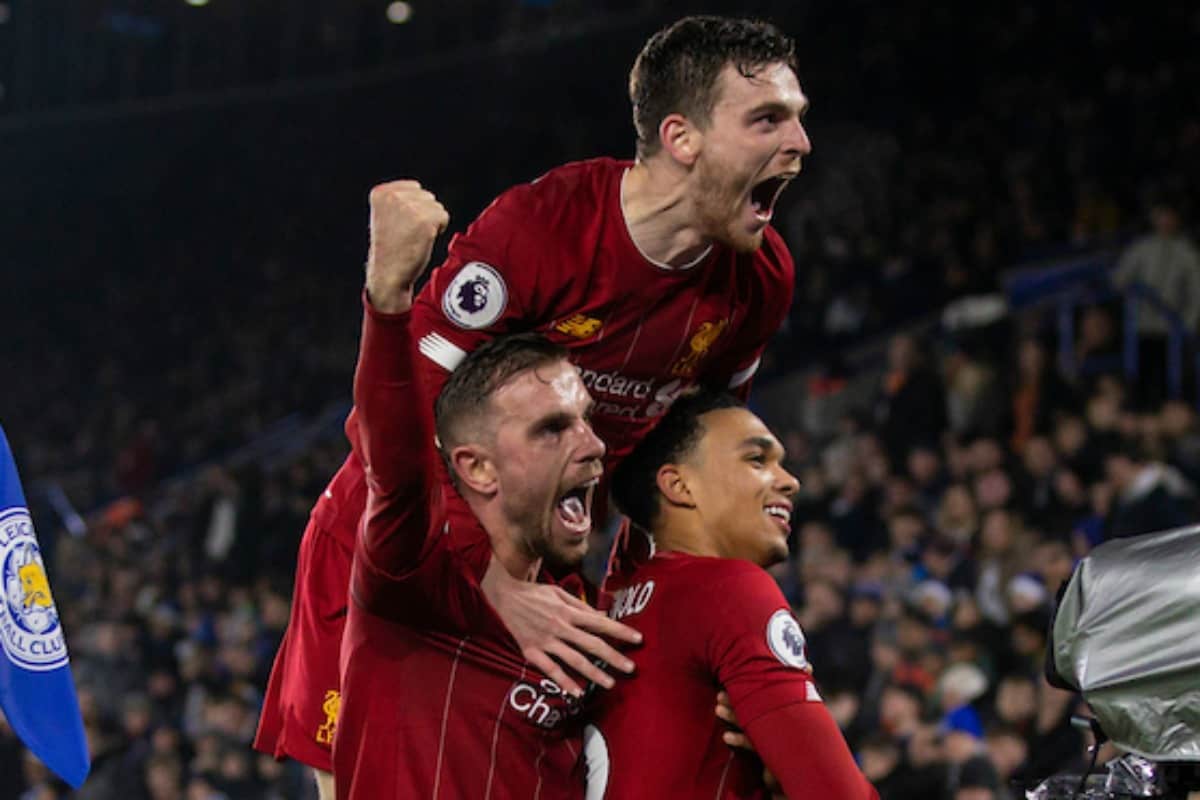 Andy Robertson has no doubt that teams will do anything and everything they can to “close the gap” on Liverpool, but the fire for back-to-back league titles is already burning.

Jurgen Klopp‘s men set an unassailable lead atop of the Premier League table with a 28-game unbeaten run, which included only one draw, in a season which came straight off the back of their European Cup success.

They blew their counterparts out of the water to clinch the title at its earliest ever stage with seven games remaining, a feat which ensured Liverpool’s trophy tally now sits at four in the space of just 416 days.

The Champions League, Super Cup, Club World Cup and Premier League success came off the back of a runners-up finish in the both the former and latter, setbacks which propelled the Reds’ charge to end the barren trophy run.

And the feeling of a title triumph and the celebrations which follow are ones Robertson and Co. are eager to continue chasing, but the left-back knows the competition will “close the gap.”

From the ones they dethroned in Man City, with an 18-point gap to date, to Chelsea who have opened their cheque book, to Man United, Tottenham, Leicester and Arsenal – and while the Reds will have to “wait and see” if they’re good enough, having the motivation is not a question.

“We don’t want it to be a one or two-times-off, we want that to become the normal, we want that winning feeling every single year and that’s why after winning the Champions League we stayed so motivated to go and win the Premier League.

“Our motivation will be there again to go and win all the trophies put in front of us next season. Whether that happens, teams are getting better, everyone’s making signings and trying to close the gap and I believe they will.

“Whether we’re good enough we’ll wait and see, but our motivation will be there.

“Our motivation to win trophies for this club is always there. You carry a responsibility when you put on this shirt and we all know that, we all buy into it. With the manager we’ve got, he doesn’t let us drop below 100 per cent.

“That will continue, so as soon as we do get to that point he’d be there to tell us otherwise and so would the captain.

“We’ve got really good characters in our squad that won’t let our standards slip – not that we ever would think about it. Like I said, we’ve got a responsibility to try to bring trophies to this club. We’ve done well so far but it’s about continuing that.”

Liverpool have turned from hunters to the hunted and Robertson’s line of thoughts are ones which echo those of Jurgen Klopp‘s when he resisted the narrative that Liverpool would be ‘defending’ their Premier League title as they will instead “attack the next one.”

It is a mentality which has propelled them to the heights they are currently experiencing and they know cannot afford to sit back as those around them plot their downfall.

And if they were to retain their title they would become the fourth different Premier League club to do so, and the first Liverpool team since 1982/83 and 1983/84 to clinch back-to-back league titles.