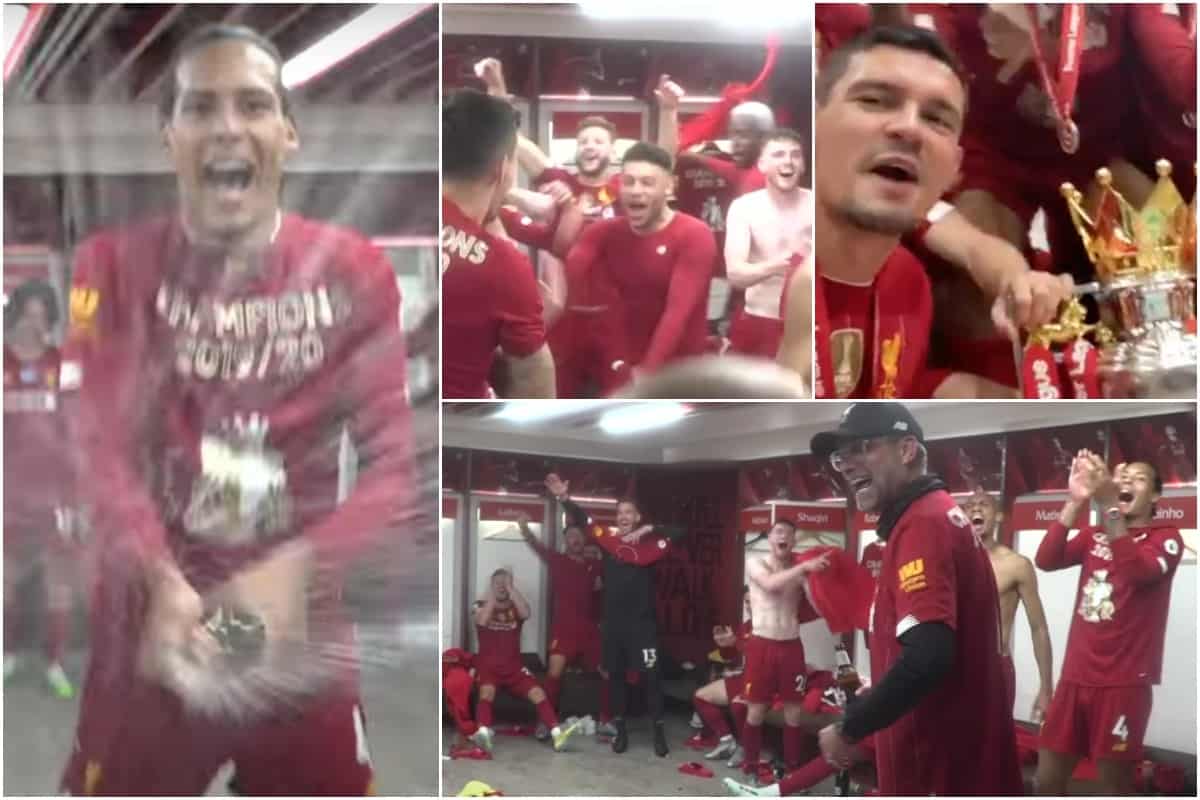 There was not a dry eye in sight, whether from emotion or champagne as the players celebrated their Premier League triumph in the inner sanctum.

The scenes of adulation and euphoria are no longer foreign for Liverpool players and fans alike such is the relentless nature of Jurgen Klopp‘s side.

But the feeling of clinching a league title is one which an entire generation has now only just experienced and that very sense of ‘new’ was shared by the men in red, with only James Milner having laid his hands on England’s most prestigious trophy prior to Wednesday night.

That has all changed, however, and the scenes which preceded and followed the league title finally being hoisted into the air are ones which will forever be etched into the club’s history.

And while the ceremony was broadcast live around the world, there was a party inside the club’s inner sanctum which did not immediately make it onto the airwaves.

After Chelsea were dispatched 5-3, the players took to the dressing room for the first round of celebrations as they changed into their ‘Champions 2019/20 shirts’, with ‘Campione, Campione, Ole, Ole, Ole’ getting an immediate rendition as shown in the club’s brilliant inside footage.

Cue the tunes, the champagne, the dancing, the shirt swinging, the Klopp hugs and a rousing speech from the boss which led to another round of ‘Campione’.

It was, of course, then time for the ceremony, the winners’ medals and the trophy lift before it was brought back into the dressing room for further celebrations, with players swiftly taking to social media to include the fans:

Reds around the world, are you ready for this video?? WE FEEL YOU RIGHT HERE WITH US!! @premierleague CAMPEONES! ??? #ADR13N

It was truly a night no one will forget and the players were afforded the opportunity to celebrate with their families after a late decision granted them access, a cherry on top in what is an otherwise unprecedented climate.

As the boss said after the game: “Our families are allowed to be there [in the Main Stand], it is incredible and means the world to us.”

Here’s to you Champions of England, who will no doubt be celebrating long into the night.