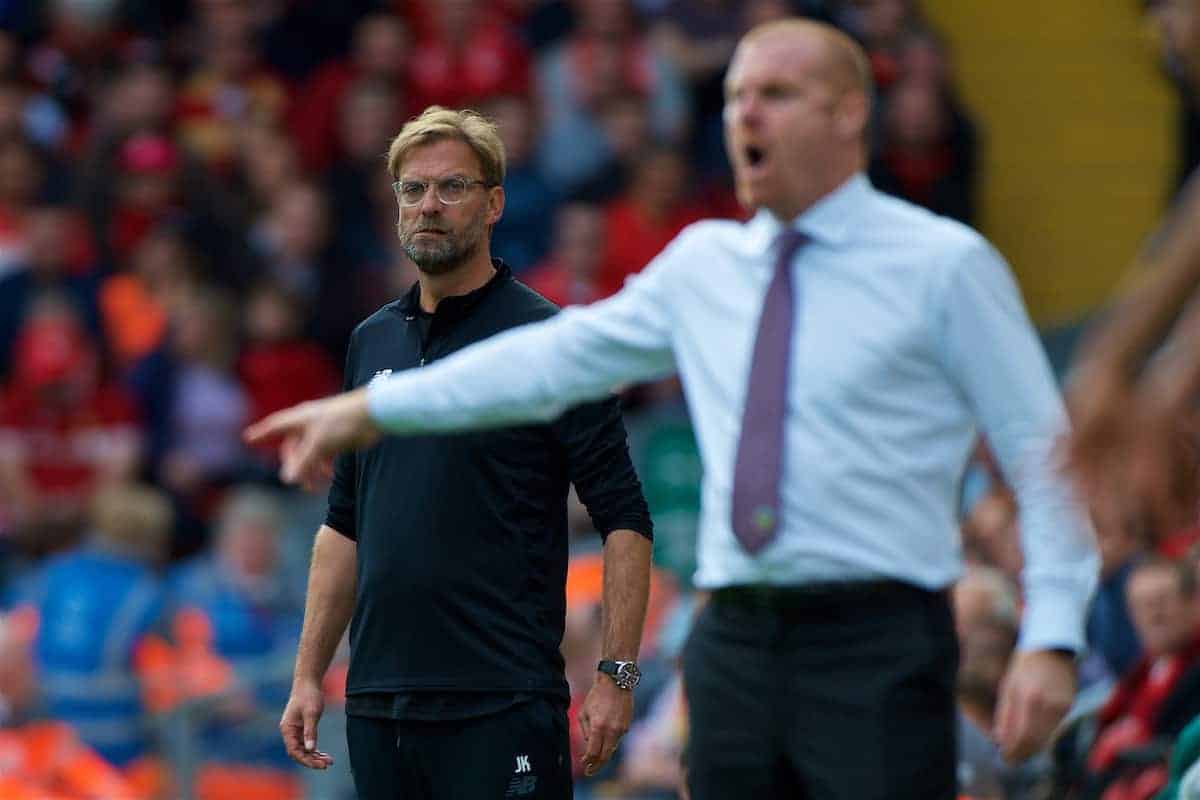 Liverpool host Burnley in the Reds’ penultimate home game of the Premier League season this weekend. We get the lowdown on the Clarets from a fans’ perspective.

The Reds made it 30 wins this season with victory at Brighton on Wednesday night, now needing three more wins from the final four games to take the all-time Premier League points total.

Next up is Saturday’s visit of a Burnley side with little to play for between now and the end of the season, but have recorded three wins in their five games back since the restart – each of them being a 1-0 scoreline.

It has been a solid campaign for Sean Dyche’s men, who have steered clear of danger to ensure another season in the top flight comes their way in 2020/21.

Ahead of the match, we spoke to Matt from No Nay Never Podcast (@NoNayNever) to hear all about the Clarets, as well as how special this Liverpool side are.

How would you assess Burnley’s season so far?

It is fair to say Burnley have had quite a mixed season, with bursts of victories against teams around us coupled with defeats, sometimes heavy, against the traditional ‘big six’.

The mood amongst fans was at its lowest in mid-January following four Premier League losses, it wasn’t a Merry Christmas in East Lancashire.

The turning point came with Nick Pope’s penalty save against Leicester when 1-0 down, which was the catalyst for a 2-1 victory followed by a famous night at Old Trafford and 15 out of a possible 21 points.

Europe was beckoning again and then lockdown happened. The return to action was nothing short of depressing, with a drubbing at the hands of Man City the least of our worries, alongside the banner flown over the ground, injuries to key squad members and rumours of major rifts between Sean Dyche and the board.

A week is a long time in football, however, and two impressive victories against Watford and Crystal Palace have given us Clarets reason to be cheerful again, as we begin to dream of the possibility of European adventures, even if it is only for the players and not the fans.

Despite the league position, is it time to part ways with Sean Dyche?

For me, absolutely not.

The biggest calls for him to go are when we are on a winless run and he changes nothing, in terms of starting lineup or tactics.

We are in a different dilemma at the minute where the anger is directed at the board for not backing Dyche with contract renewals and much-needed squad improvements.

He is once again working miracles on a threadbare squad and that is proof that he is the best manager for us at the moment.

I personally have little fear of him leaving as I regard him a very low-risk person. To take a job at a club outside the traditional top six (who aren’t probably going to choose him as a replacement anytime soon) may bring more transfer budget but would bring no greater guarantee of staying up year on year, and the greater risk of being fired if it all started to go wrong.

He knows he is safe in a job here even if we went down, and for a family man with dependents, that will count for a lot.

If the club do decide to move on, who do you see as an ideal replacement?

The biggest question in this dilemma would be who would you bring in?

I can’t see the board coughing up compensation to take a manager off another club, so it would be a punt on an out-of-work top-flight name or a risk on a younger, less experienced name from a lower league.

Chris Hughton is a name that has been mentioned amongst Clarets that doesn’t immediately make people recoil in the way a Sam Allardyce or Mark Hughes might, but the role that Dyche has as a custodian of the club as a whole, not just the first team, means they would be massive shoes to fill and would need to be a long-term (five years or more) investment for both parties.

Who have stood out as the best performers for Burnley? 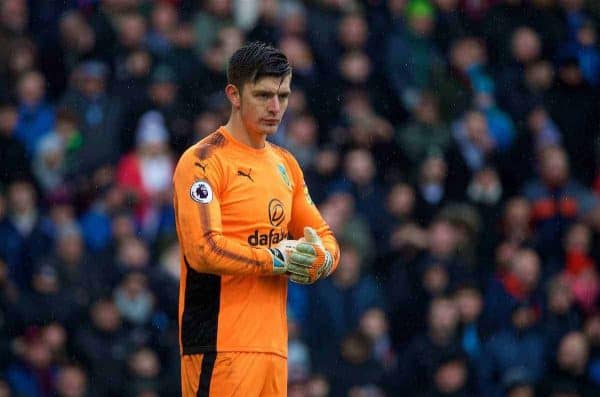 Our best players this season have definitely been Nick Pope, Dwight McNeil and centre-back pair James Tarkowski and Ben Mee.

Solid defensive work and moments of brilliance from young McNeil have been the basis of so many of our wins this season.

Our top scorer, Chris Wood, has gone almost under the radar outside the Clarets community, which is fine if you don’t want him poached away.

Eleven goals, mostly with his head, puts him just ahead of hometown boy Jay Rodriguez on 10, who has had more regular appearances since the injuries to Wood and Ashley Barnes started creeping in.

As a 40-year-old raised initially on rugby league in Wigan, I don’t really remember Liverpool’s last title win, so comparisons with this Reds team have to come from the Man United side of 1999 or 2008, and the City side of the past two years.

There is no hiding the fact that you have been relentless this season, no doubt spurred on by the hurt of missing out by such a narrow margin last season.

I suppose a test of a truly great team is the ability to be successful on multiple fronts, and whilst failure in the League Cup was not entirely Liverpool’s fault, I would be holding back any definite decision until I see how they manage to defend their title.

Is there anyone you particularly fear going into Saturday’s game?

Liverpool’s front-three are always the biggest threat. Their ability to counter-attack at great speed and pull a moment of brilliance out of nothing is what sets you apart from most of the other teams in the league at the moment.

After confirmation of the title, the defeat against City and the games coming thick and fast, it will be interesting to see how Jurgen Klopp uses his squad and what team we will actually have to face.

It really does depend on whether any of our current injured players recover in time and make the starting lineup.

If Wood starts then his battle with either of Liverpool’s centre-backs will be one to watch. Also, if McNeil plays in his regular left-wing slot then his tussles with Trent Alexander-Arnold are always interesting.

If we maintain the form we have shown at times since the restart, and take the game to Liverpool rather than sitting back and showing them too much respect, then it could be one of those more interesting and less predictable encounters.

Having said all that, the Reds usually have enough to see us off, particularly at Anfield, so I will have to say a 3-1 home win.