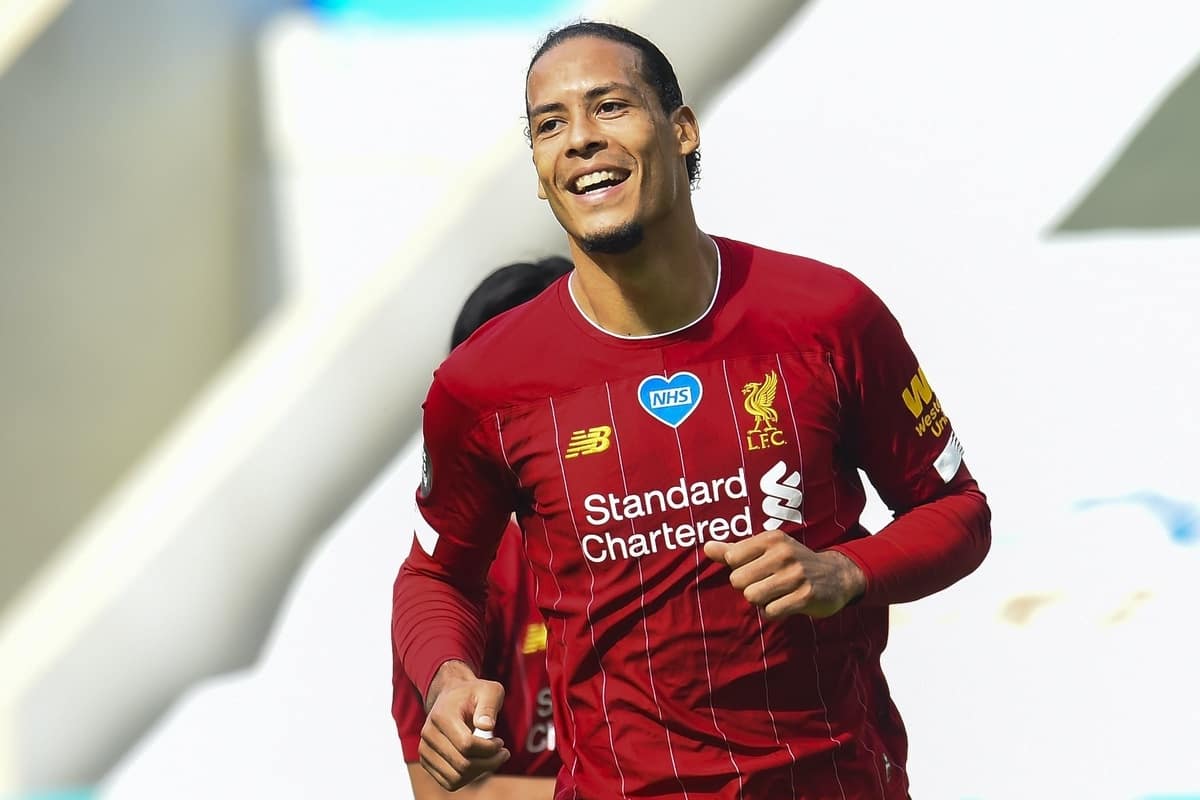 Virgil van Dijk‘s appearance against Newcastle means he started all 38 games for the second consecutive league campaign – the first outfielder to do so for the Reds in over 30 years.

It’s a rare feat for outfield players to manage such consistency, both in terms of form and fitness, that they manage to be ever-presents in the starting lineup throughout an entire campaign.

But Virgil has gone one better and done it twice in succession — the first Liverpool player to manage it in back-to-back seasons since Steven Nicol, all the way back in 1987/88 and 88/89.

Robbie Fowler was the last player to appear in every match of the season in successive campaigns, playing 42 times in the Premier League in 94/95 (before the reduction in league size) and 38 in 95/96.

But they were not all starts, meaning Van Dijk is the first player to do so in the Premier League era.

In addition, Van Dijk did not miss a single minute of league football this season, making him the first outfield player to feature for all 3,420 minutes for the Reds since Martin Skrtel did so almost a decade ago, in 2010/11.

It’s a feat the Dutchman doesn’t “take for granted” with a mix of luck, dedication and work from departing physio Chris Rohrbeck, who is returning to Germany this summer, all key to ensuring he can maintain his level of consistency.

“I’m very proud of that and I won’t take that for granted,” Van Dijk told BT Sport. 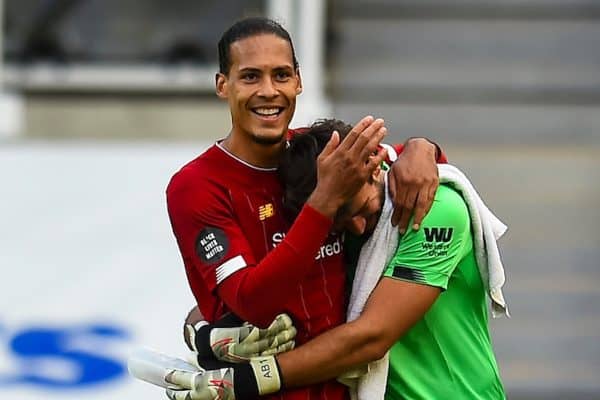 “It’s never easy to keep yourself fit, you also have to be a bit lucky and obviously I try to look after myself in the best way possible.

“Also credit to Chris Rohrbeck our physio who is sadly leaving, but he’s been outstanding for me.

“It’s an incredible feeling and I think it’s the second season in a row that I’ve played 38 games in a row so I’m proud of that and hopefully I can keep that going.”

The records speak volumes not just of Van Dijk’s dependability, but also of his importance to the team and the trust in him that Jurgen Klopp has.