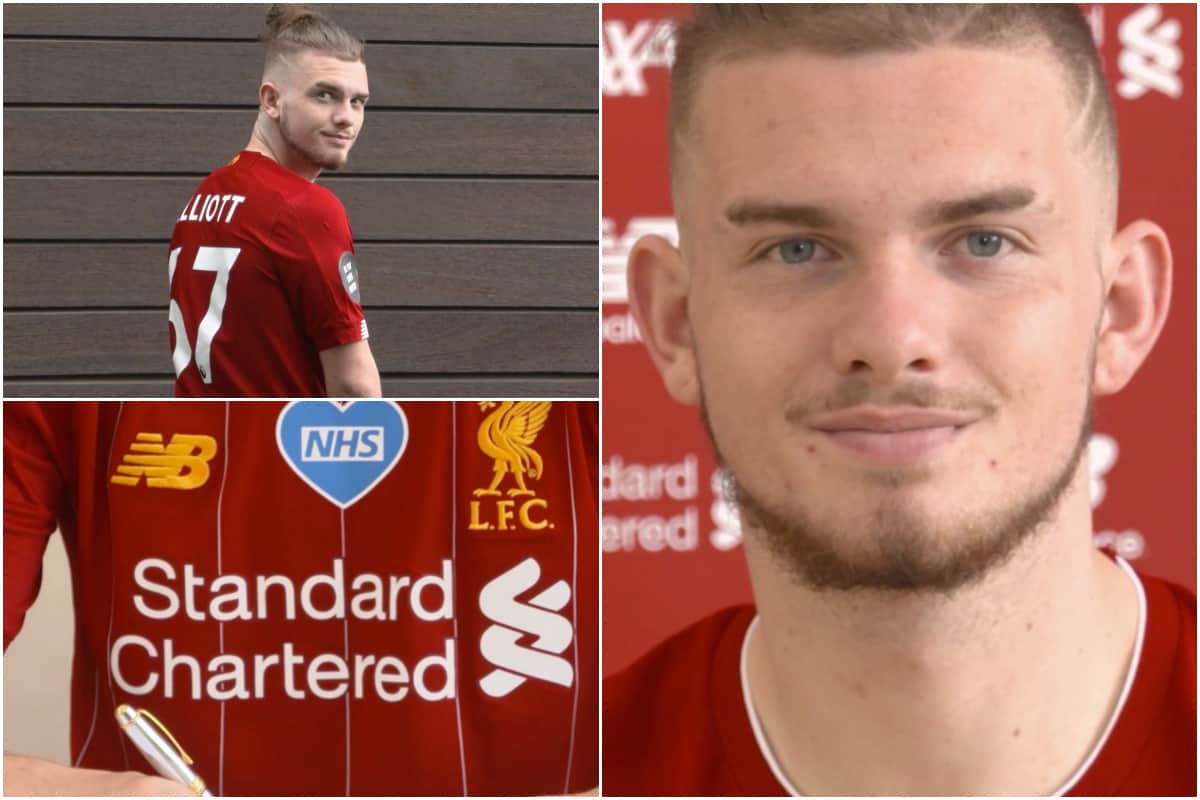 Harvey Elliott has put pen to paper on a long-term deal, his first professional contract, with Liverpool following a bright start to life as a Red.

The 17-year-old joined Jurgen Klopp‘s side last summer after his time with Fulham came to a close and has since made a notable impression at Anfield.

Elliott made his debut in the League Cup win at MK Dons last year and was handed his first taste of Premier League action against Sheffield United in January, where the former saw him become the youngest player to ever start a competitive game for the Reds.

And after initially coming to an agreement over new terms in February, Elliott has officially penned a new deal with Liverpool three months after his 17th birthday on April 4.

It has been a season to remember for the youngster who has defied his age in his eight senior appearances and those for the academy before their season was brought to a premature end due to the pandemic.

There are high hopes for what Elliott’s future has in store and when speaking to the club’s official website he spoke of how his new deal is a “dream come true” having grown up as a Red:

“I think since the first day I’ve walked in, it’s been an indescribable journey so far.

“I think now to top it off with my first professional contract is a dream come true for me and my family. I’m excited to see what the future holds and I’m just excited to give everything to the club and the fans.

“To obviously be watching the players and to be playing them with them, honestly it’s a dream come true.

“To be in and around the fans as well, to hear them singing You’ll Never Walk Alone when you’re stepping out on the pitch, it did bring a tear to my eye. I just can’t wait to give everything back to them and just to show them what I can do.”

Jurgen Klopp was just as delighted following the announcement of Elliott’s deal, praising his “attitude,” “enthusiasm” and his character before touching on his obvious talent.

“Brilliant news – really happy,” the boss said. “Harvey is such an exciting prospect. We all know his qualities – we have seen them this season in the first team and U23s.

“I love his attitude – love his enthusiasm – love his bravery – love the fact he has the right amount of football confidence and cheekiness.

“I think the public maybe doesn’t know the real Harvey yet and part of that is because we have looked to shield and protect him.

“But he is such a nice, polite, humble boy – who is appreciative of the talent and opportunity he has – and just loves football. He loves the game first and foremost, would play every minute of every day if he could – and he loves this club also and that’s a nice mixture.”

But as the boss noted, Elliott will be given the “time and space to develop” as he’s still only 17 years old, but that won’t stop either Klopp or the youngster from dreaming about what is on the horizon.

Ones which could involve a Premier League medal should he make three more appearances in the five games which remain.